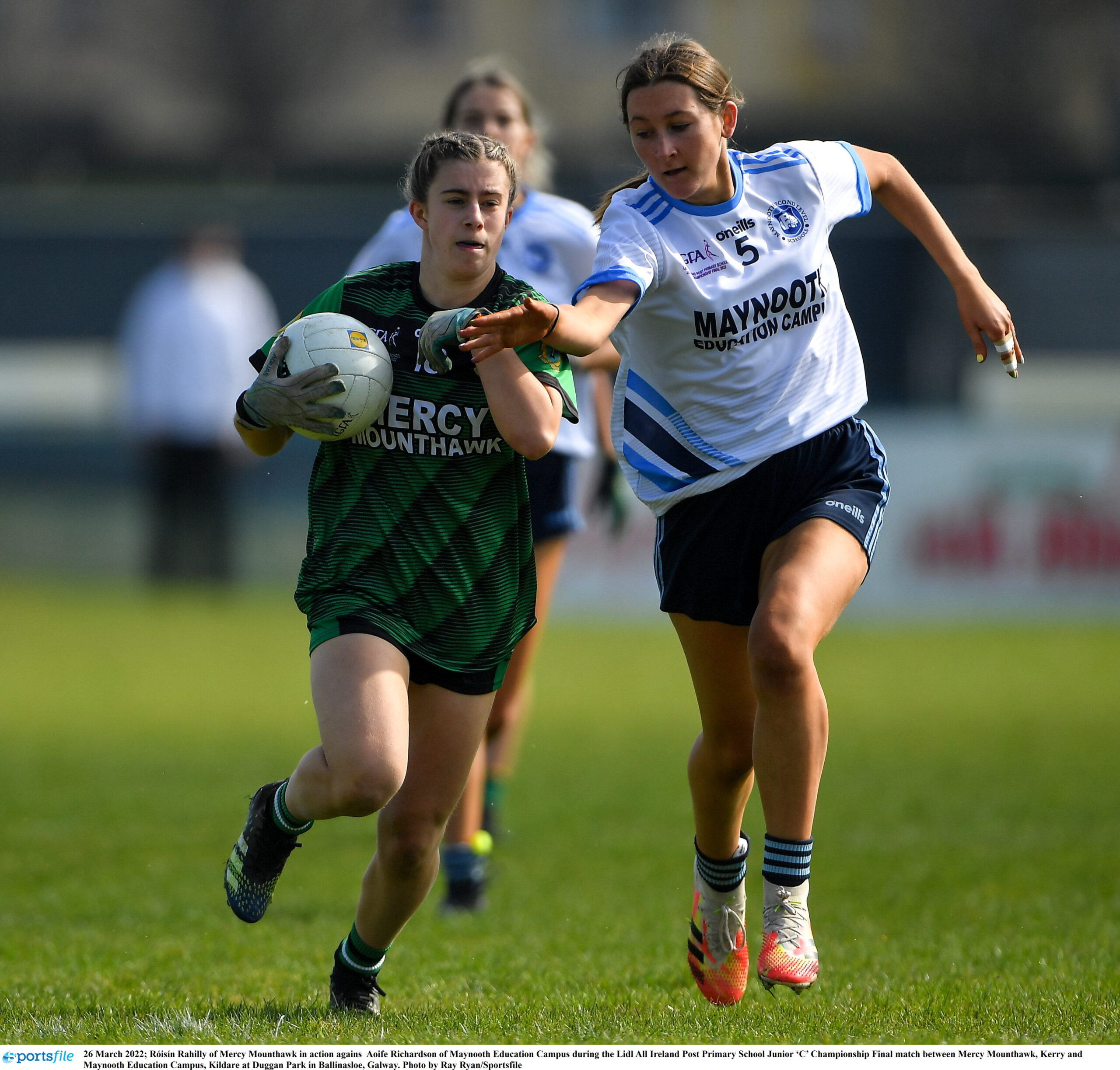 The Kerry champions were 0-7 to 0-1 in front at half-time after they expertly shutdown their opponents’ attackers, who had shot 5-13 in their All-Ireland semi-final win.

Then Mercy Mounthawk powered into a 0-9 to 0-2 lead however, Katie Nix was sent-off for a high challenge to spark an unlikely comeback that eventually came up short.

Leah Conway kicked over a fine score before her side found the breakthrough heading into the final water break. Emer Behan got through the Mercy defence and her rasping strike hit the crossbar. Conway gathered the rebound and finished to the net.

A Behan point meant Mercy Mounthawk led by the minimum, 0-9 to 1-5, but the Tralee side showed tremendous character and Lisa Slattery kicked the insurance point in additional time to seal the win.

A brilliant block by the tigerish Eva Costelloe in the Mounthawk defence allowed her side to counter with Lucy O’Connor and Éabha O’Connor combining to set up Lisa Slattery, and the full forward fired over.

Maynooth kicked their first point of the game just before the water break as a powerful Poppy Byrne run culminated in the same player arrowing an effort between the posts.

With Costelloe leading the miserly Mercy Mounthawk defence, the Tralee outfit made use of their numerical advantage after Aoife Richardson was sin-binned.

A Slattery free was followed by a well-taken Nix point. Despite Maynooth showing admirable resolve, Slattery and Nix found the target again to help their side lead 0-7 to 0-1 at half time.

Mercy Mounthawk saw their lead slashed to a point near the end but their determination meant they were crowned All-Ireland champions.