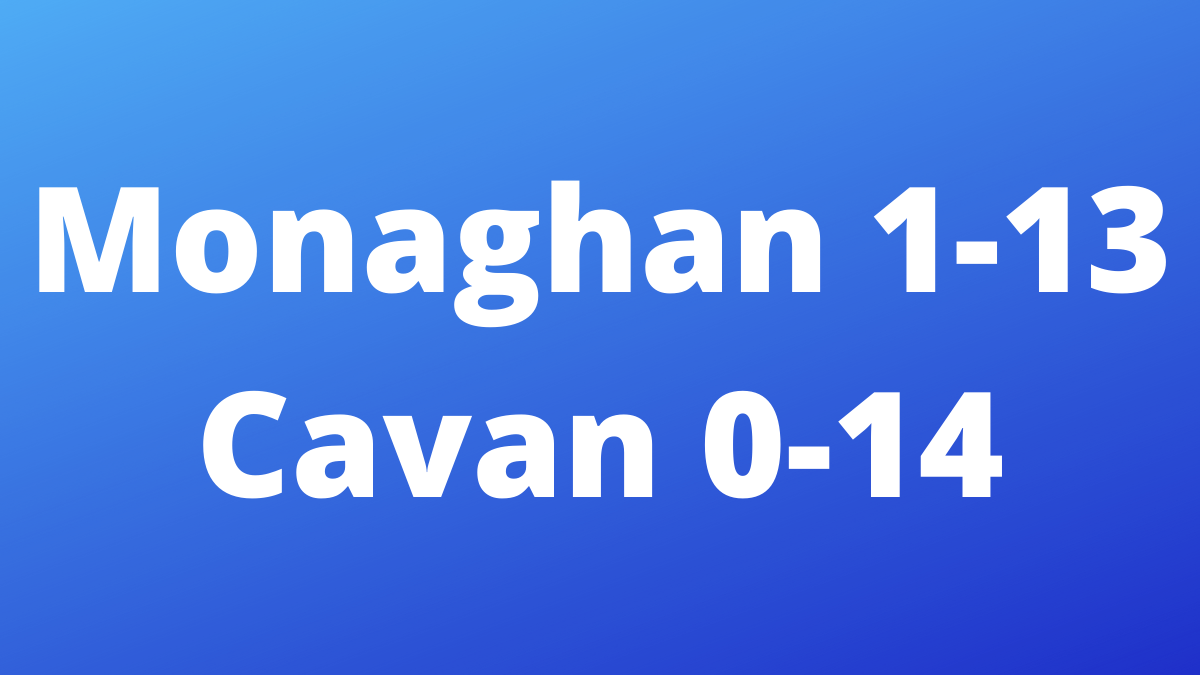 Cavan looked to be safe when they led by five points going into the closing stages but got caught by a superb rally from Monaghan and must now regroup for a relegation semi-final against Tyrone.

Both sides were out of contention for a quarter-final place in the TG4 All-Ireland SFC title race prior to this clash but with so much at stake it was a rip-roaring contest from the outset and Cavan led at the first water break by double scores 0-6 to 0-3 with Lauren McVeety landing two fine points while Aisling Gilsenan converted three frees.

Cavan were dealt a blow with Aisling Sheridan sin-binned after 19 minutes and six minutes later full-back Shauna Lynch followed her. However, Monaghan were wasteful in front of goal with the numerical advantage and only had added a Laura McEnaney point.

Sheridan made an immediate impact when she returned with a point while Gilsenan also rattled the crossbar as Cavan stretched their lead at the break 0-9 to 0-4.

A brace from the excellent McEnaney and one from Ellen McCarron reduced the deficit to three before Cora Courtney was sin-binned 12 minutes into the second half. McCarron reduced it further before a fine score from Gilsenan left the Breffni side three clear at the second water break.

McCarron cut the gap further but McVeety and the outstanding Gilsenan brought her tally to eight points opened up a five-point lead before Monaghan came with their dramatic finish.

A point from McEnaney and then two super efforts from Lauren Garland got them within striking distance before Monaghan overturned a short kickout and McAnespie rounded the ‘keeper to fire home. Substitute Jodie McQuillan wrapped it up with a further point.

The victory makes sure Monaghan will be remaining in senior football for a remarkable 30th successive year while Cavan now must lift themselves from this defeat for a relegation clash with Tyrone.