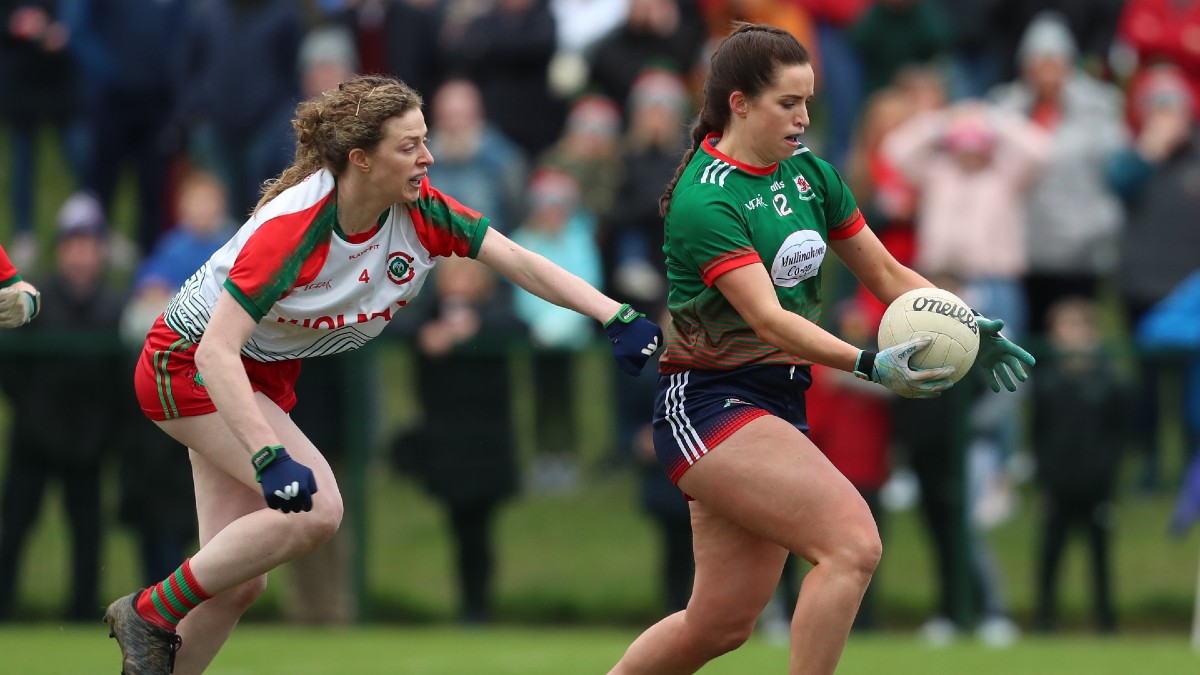 By Eanna O’Reilly (Lorraine O’Shea of Mullinahone in action against Aoife McDonagh of St Brendan’s. Photo by Michael P Ryan/Sportsfile)

Lorraine O’Shea’s goal was the crucial score as Mullinahone qualified for the currentaccount.ie All-Ireland Junior club final with a narrow win over St Brendan’s at John Locke’s GAA club in Callan.

O’Shea’s first half goal made all the difference and she finished with 1-4 while Kilkenny camogie star Denise Gaule also shone for the Tipperary club.

It was Gaule who opened the scoring after two minutes, firing over a point after a strong run, before Liadan Greally equalised for St Brendan’s with a good score a minute later. Lorraine O’Shea then put the Munster side back in front with an impressive individual point, before she finished off a great move involving Aoibhe O’Shea, to fire to the net.

St Brendan’s had a goal chance early in the second half, with a shot from Conway going narrowly wide past the right-hand post. They reduced the margin when Delaney pointed her second free of the afternoon, before Lorraine O’Shea pointed her second at the other end.

An incisive Mullinahone move saw Aoibhe O’Shea set up Gaule in the square, and the full-forward was fouled by Brendan’s goalkeeper Sinéad Kelly, with referee Eamon Moran awarding a penalty. Mullinahone goalkeeper Alice Browning took that penalty but her low effort was saved by her opposite number Kelly.

St Brendan’s were dealt a blow when Leann Walsh was sin-binned as they continued to chase the deficit while Mullinahone controlled possession impressively in the fourth quarter. Gaule sent over a brilliant point from the left corner, before O’Shea pointed a 30-yard free to give Mullinahone a four-point lead, late in the game.

St Brendan’s searched for scores late on, with Walsh kicking over a point from the right wing, but Mullinahone held on to deservedly book their place in the final.