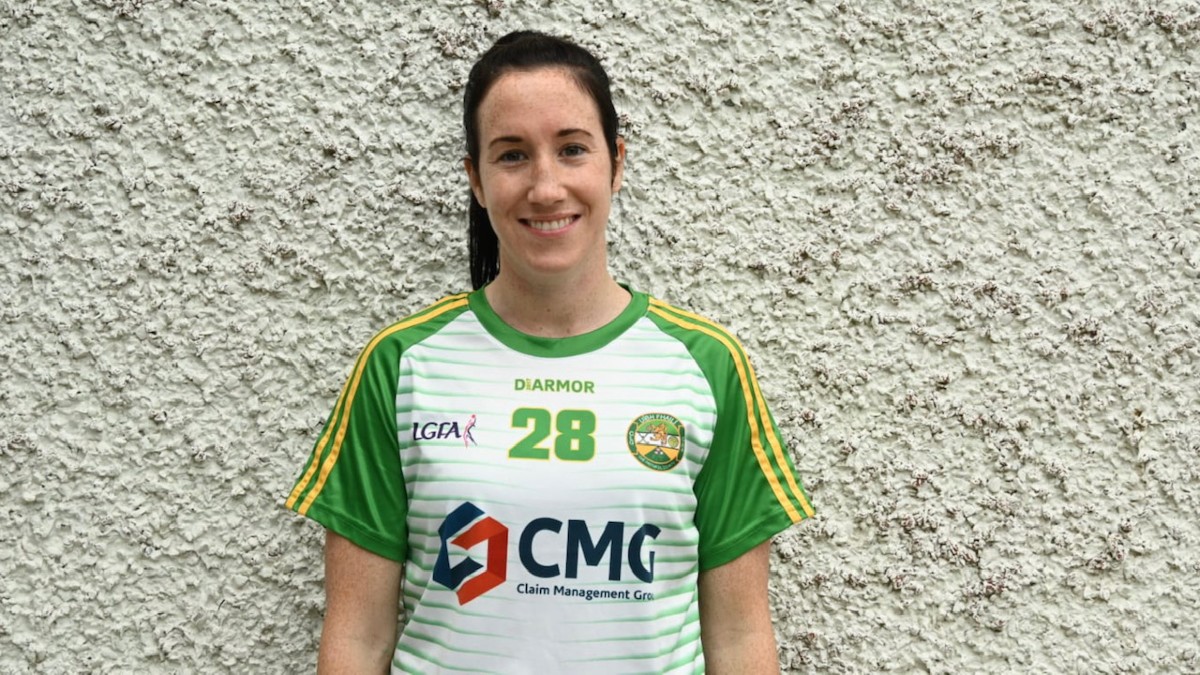 Gaelic games are flourishing in Offaly at the moment and Anne Marie Mc Cormack says the Ladies footballers are determined not to get left behind as the county basks in the revival in their fortunes.

The American-born Offaly player was in the Davin Stand on Sunday as Kieran Dolan collected the All-Ireland U20 trophy as the glory days return to the county.

The 34-year-old Chicago native has left her own mark on the Offaly LGFA on and off the field and played a fundamental role in raising valuable funds for their new facilities.

Mc Cormack is a Project Coordinator with Bretland Construction, and after hearing about a potential opportunity from Offaly manager Garry Daly, she decided she would take responsibility.

She consulted with Fechin Daly, Managing Director of Bretland Construction, and they put the plans in place to get sponsorship for Offaly LGFA’s new home in Clara.

Bretland Park is the future, the pitch has been reseeded, new goalposts are being erected and there is an astroturf area too.

“I was very happy that he decided to go ahead with the sponsorship,” said Mc Cormack.

“Football has been quite a big part of my life for the past 15 years of my life. It has been a great experience through and through.

“Being able to come here and play and then be able to represent the Offaly Ladies was great.

“Something I never would have thought I would be doing but it’s a thank you and well wishes to the rest that come along too.”

It was only four years ago when Mc Cormack arrived on these shores for good.

Her parents, Catherine and the late Padraig, hail from Rath in County Offaly and Boyle in County Roscommon, respectively.

Padraig was 16 when he left for the USA while Catherine followed suit a number of years later, but they met up through the vast Irish community in Chicago.

Eldest daughter, Anne Marie Mc Cormack, grew up in Norridge on the Northwest Side. And along with her siblings, Lisa and Danny, Mc Cormack learned to love a wide range of sports.

“When we were young, probably when we were six or seven years of age we started into sports. So you would play with the park leagues. Then when you got older there were school teams you play on,” said Mc Cormack.

Mc Cormack played soccer, basketball, softball, volleyball and everything in between but there was no sign of Gaelic Games just then.

But her Irish links were strong and her frequent trips across the Atlantic gave her a real taste of the Emerald Isle.

“I would definitely say I am American but I am Irish-American,” said Mc Cormack.

“A lot of my parents’ friends, their kids would have been first generation Irish as well. So I would have a lot of friends like that.”

And it wasn’t until she was in early twenties that Mc Cormack first picked up an O’Neill’s football.

She was out for a drink with friends one night in the Thatch Pub on Milwaukee Avenue, when they concocted a plan for a new Ladies Football club.

Aisling Gaels were formed on a cold winter’s evening in early 2008 in Chicago.

“They would always go down and watch the men’s matches before that,” said Mc Cormack.

“We didn’t have a Ladies team on the northside, they were always the southside team. Then we just said we will start a team and it took off from there.

“At the start we had a good handful of girls. There would probably be about 15 or 20 girls.

“At that time it would have been a mixture of Irish girls who are living there, that would have played before, and American girls that they would have brought to the sport.”

The locals took some time to get used to the game and even those with Irish blood had to get their heads around a brand new skill-set.

“It was the soloing that was the biggest challenge for me. I wouldn’t say I took to that too well at the beginning. Gotten better, still not that strong but enough to get by,” said Mc Cormack.

“But basketball and soccer, basketball for the more defensive player. I play in the backs so that definitely stuck to me defensively. Just with soccer, it would help more so with the kicking.

“You can see some players who never played soccer but they played basketball. They struggle a little bit more with kicking as opposed to maybe defending someone blocking a ball or hand-passing it off.

“They have the speed and everything but to solo it that will slow them down.”

But Mc Cormack perfected her craft in Chicago before relocating to Ireland in November 2017.

She describes it as a time when she was looking for a new experience, and that’s certainly what she got. Mc Cormack moved to the quiet townland of Ballykilmurry, just outside Tullamore.

However, her Gaelic Football roots continued to flourish – and this time in St Manchan’s and Offaly colours. This year she says there is a noticeable shot in the arm on the county scene.

“Even for the Ladies, this is the first time we have had a massive group of women in on the panel,” said Mc Cormack.

“This year everyone has bought into a programme and is making a better effort at training and sticking around and sticking out the season.

“We are starting to build again and that is very exciting. Hopefully we can learn from this year, roll it into next season and push forward. We have outstanding players. Hopefully we can bond and get that momentum going for years to come.”

Everything seems to be on the up in the Faithful County, defeating Fermanagh tomorrow and staving off potential relegation to the TG4 All-Ireland Junior Championship will definitely help.

“Offaly teams are building and getting that momentum. It is a combination of factors really,” said Mc Cormack.

“You can see how close the girls are here. Anytime someone is going out, you would rarely see them on their own and doing their own thing without any of the county girls.

“It is a good group, we are all close, there are no major cliques, everyone is included.”