FOOTBALL Previews: Divisions 3 and 4 champions to be crowned as Clare and Tyrone battle for survival 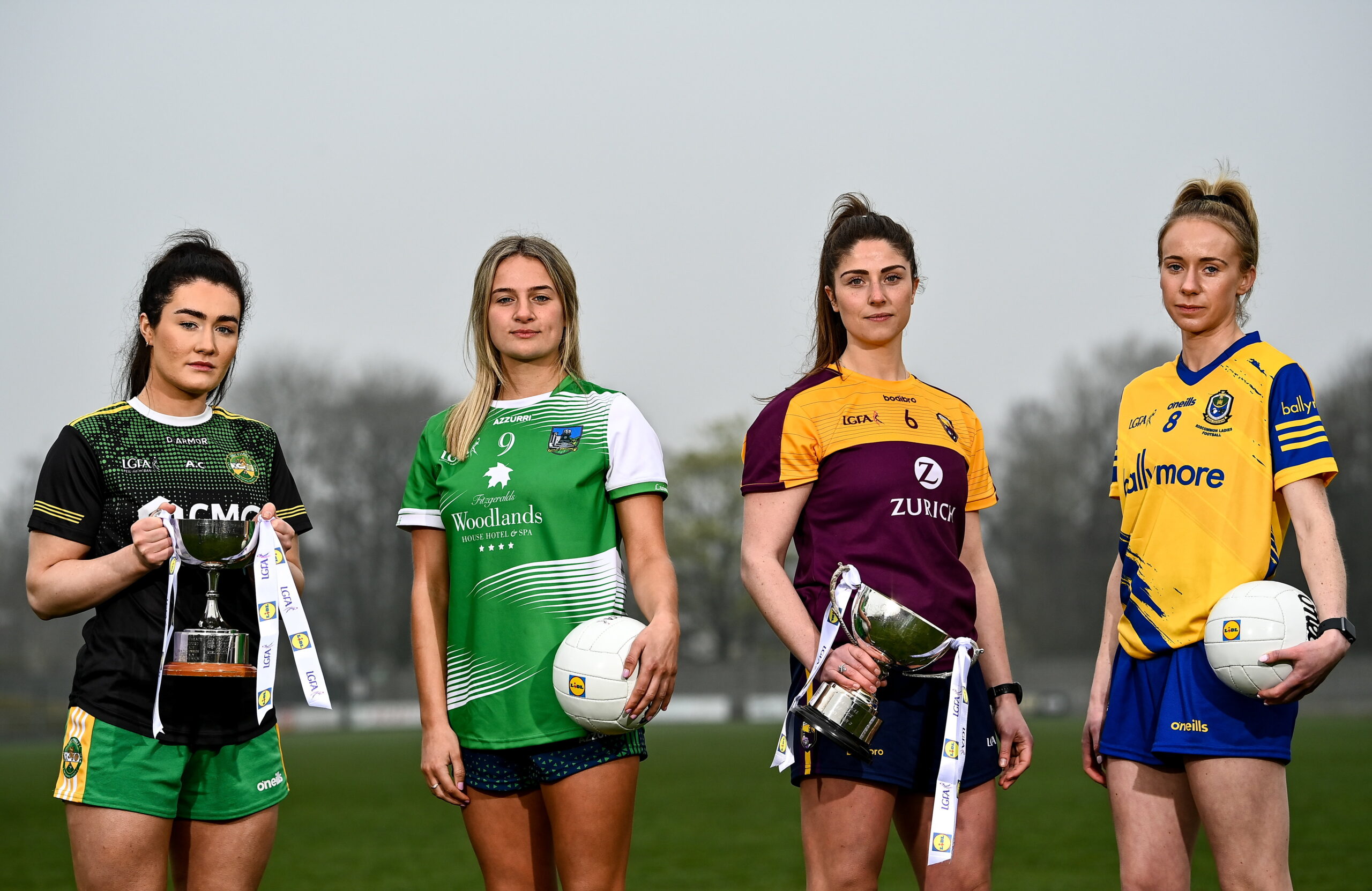 THE 2022 Lidl National League Divisions 3 and 4 champions will be crowned on Sunday – as Clare and Tyrone battle for Division 2 survival.

St Brendan’s Park in Birr is the venue for a Final double-header from 2pm, with Limerick and Offaly meeting in the Division 4 Final before Roscommon and Wexford clash in the Division 3 decider.

In the Division 2 relegation playoff, the losers of the Clare-Tyrone fixture will drop to Division 3 for the 2023 season.

That game is fixed for 2pm at Glennon Brothers Pearse Park in Longford.

LIMERICK and Offaly both contested Lidl National League Division 4 semi-finals last year – and on Sunday the two counties will battle it out for promotion to Division 3.

This eagerly-anticipated decider is a repeat of the 2015 Division 4 Final between the counties, which was won by Offaly.

These are two sides that have made good progress this year and playing third-tier football in 2023 would be a significant step in the right direction.

They’ve already met this year in the League, when Limerick ran out 3-4 to 1-6 winners in the group stages, but seasoned observers won’t be reading too much into that as the game was played in poor weather conditions.

Two well-drilled teams are determined to prove that they’re the best team in Division 4 this year – and there’s plenty of attacking firepower on show.

In their respective semi-finals, Limerick took down Fermanagh by 4-10 to 3-9, as Offaly defeated a fancied Leitrim outfit in a thrilling game that required extra-time to find a result.

Ellie McEvoy scored 0-8 in that game for Offaly and she’s the Faithful County’s leading scorer to date in the 2022 campaign with a tally of 1-18.

Ciara Walsh, Saorah Doyle and Marie Byrne are other players who have contributed well to the scoring effort, while Limerick can rely upon players of the calibre of Caitriona Davis (3-9), Mairead Kavanagh and Iris Kennelly for attacking inspiration.

Limerick have players back in the fold who were absent in 2021 and that’s made them a better team, while also adding real strength in depth to the squad.

Both counties have been pretty tight in defence and while it might sound cliched, it really will boil down to which attack clicks into gear.

Offaly have won the Division 4 title on three previous occasions – 2015, 2013 and 2004 – while a Limerick win would see them win the fourth tier competition for the second time, and first since 2016.

WEXFORD to bounce back at the first attempt – or Roscommon to clinch promotion to Division 2?

All will be revealed on Sunday when the counties meet in the Lidl National League Division 3 Final.

An intriguing game lies in store and only a brave pundit would try to predict the outcome of this one with any degree of certainty.

The game pits the Rossies, who lost out to Laois in the 2021 semi-final, against a Wexford side that has risen from the ashes after suffering a heavy Division 2 relegation playoff defeat to Tyrone last year.

Wexford recovered to contest a TG4 All-Ireland Intermediate Final and they absorbed the disappointment of a Croke Park loss at the hands of Westmeath to regroup and come back strong this year.

It wasn’t a straightforward start to the League campaign for Wexford, however, as they lost to Kildare before drawing with Wicklow.

A top two finish was very much in the balance but results went their way in the final round of group games, as the Model County beat Longford to squeeze through in second place behind Kildare.

That pitted the Slaneysiders against Down in the semi-finals and they produced a fine display to advance.

Roscommon, meanwhile, lost to Down in their opening League outing but victories over Louth and Sligo ensured a semi-final place.

Kildare had been going well to that point but they ran into a determined Roscommon and the Westerners triumphed in a high-scoring thriller.

And so, the scene is set now for the Division 3 Final, as Wexford aim to repeat their 2018 heroics against Meath, when they last won this title, while a Roscommon win would secure a first Division 3 title since 2009.

Tyrone needed a relegation playoff victory over Wexford to maintain Division 2 status last year and they’ll have to win another one to remain in the second tier.

The opposition this time is Clare, who finished bottom of a pool that contained Kerry, Laois and Tipperary.

The Banner County lost all three games, as Tyrone drew with Monaghan but lost out to Armagh and Cavan.

Kevin McCrystal stepped down as manager and new boss Sean O’Kane, who has had previous spells with the Red Hands, has taken over at the helm.

O’Kane is a wily campaigner who has also been involved with Antrim, Armagh and Donegal.

With Championship football looming on the horizon, both counties could do with a boost.

Tyrone will look to skipper Niamh O’Neill for attacking thrust, and she’s scored 1-14 to date in the League, as Clare look to the scoring power of full-forward Fidelma Marrinan, who’s chipped in with 2-11.