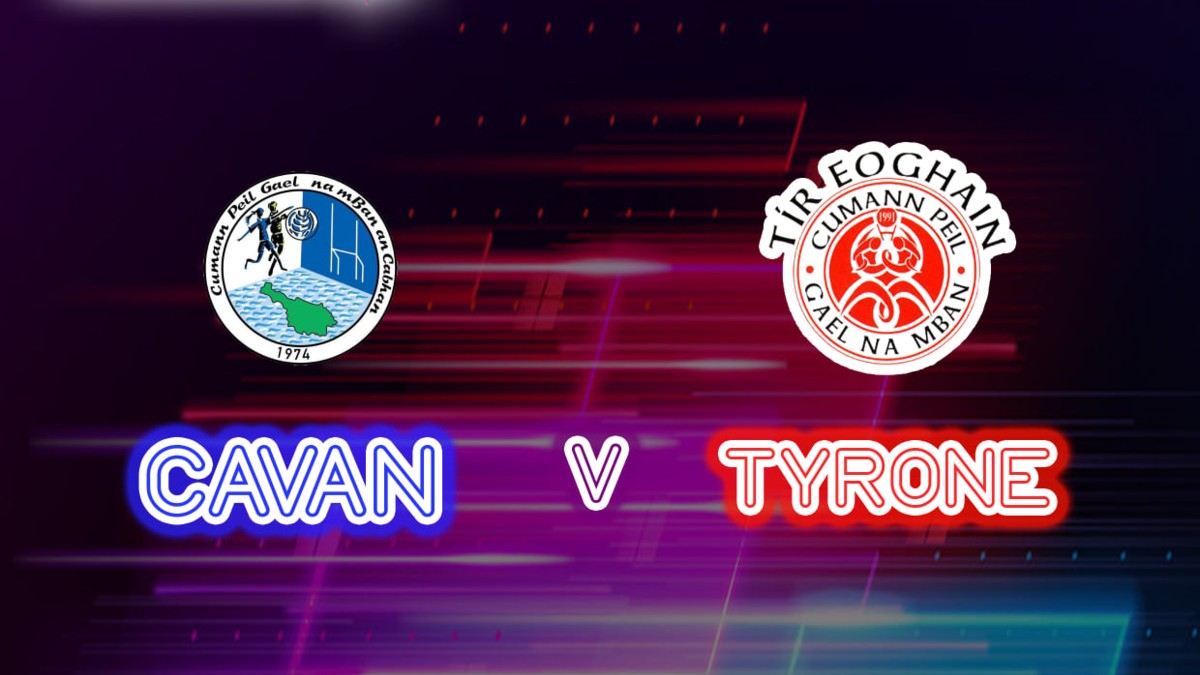 THE 2021 TG4 All-Ireland Junior Championship finalists will be revealed over the weekend – as Cavan, Tyrone, Fermanagh and Offaly battle for survival.

On Saturday, Limerick and Westmeath meet in the first of the Junior semi-finals, with a 1pm throw-in time in Tang, Westmeath.

Also on Saturday, Ulster sides Cavan and Tyrone meet in a relegation play-off at St Tiernach’s Park, Clones (2pm). The winners here will play Senior Championship football again in 2022, with the losers presented with a second chance against Tipperary a week later.

On Sunday, attention switches to the second Junior semi-final, as Antrim take on Carlow in Lannleire, Dunleer (1pm).

And there’s also an Intermediate relegation play-off on the schedule as Fermanagh take on Offaly. The winners here will be assured of Intermediate fare again in 2022, while the losers will play in a winner-takes-all clash with Longford.

All of the weekend fixtures are available to view at the LGFA and TG4’s dedicated Championship portal https://page.inplayer.com/peilnamban/

WICKLOW, aiming to go one better after losing out to Fermanagh in last year’s Final, meet 2018 champions Limerick.

Wicklow have been the form team to date in the 2021 competition, collecting four wins from four outings in the group stages, including a seven-point victory over Limerick.

The Shannonsiders, in contrast, weren’t sure of progress to the knockout stages until the final round of group fixtures last weekend.

They lost to Carlow, their third defeat in the round-robin system, but an earlier one-point win over Derry was ultimately good enough to see Limerick through in fourth place.

With the semi-final pitting first against fourth from the group stages, Limerick now face a clash with a team rated by many as Junior Championship favourites.

On recent form, it’s a daunting task for Limerick but they won’t go into this game without hope.

They’re a capable outfit but it’s fair to say that they’ll need a vast improvement on last weekend’s 1-9 to 4-11 loss to Carlow.

Nicole Bennett is a player to watch on the Limerick side, with 3-7 registered in Championship 2021, while Roisin Ambrose and Andrea O’Sullivan have split 2-10 between them.

At the other end of pitch, Wicklow have a player who’s hot on the heels of Armagh star Aimee Mackin the race for the inaugural Golden Boot award, which will be presented to the leading scorer in the 2021 TG4 All-Ireland Championships.

Marie Kealy, with 0-34 from four games, has been scoring for fun. When you consider that Sinead McGettigan and Catherine Dempsey (2-2 each) are Kealy’s nearest challengers in the Wicklow top scorer race, that gives you some indication of the Baltinglass player’s form.

Wicklow, in general terms, have been motoring nicely. Their winning margins throughout the Championship to date against the other four teams in the competition have been seven points (Limerick), eight points (Carlow), five points (Antrim) and six points (Derry).

They’re the team to beat and Limerick will need to produce something special to book their place in a first Junior decider since that memorable 2018 success.

Defeated by seven points against Fermanagh in the 2020 semi-final, Limerick find themselves just one step away from the big day again. But Wicklow will feel that they have some unfinished business to attend to.

Cavan will feel that this is a fixture they shouldn’t be involved in. They looked well in control of their group clash with Monaghan before the Farney girls came with a dramatic late burst to claim victory and the guarantee Senior Championship football for themselves in 2022.

That defeat for Cavan plunged them into a relegation scrap and it’s another Ulster derby for them, against Tyrone, on Saturday.

From the team that lost out to Monaghan, there’s one change for Cavan, with Sinead McKenna coming in for Catherine Dolan.

Tyrone lost to Waterford in their final group game to end their hopes of a knockout spot.

As the basement team in the group, Tyrone must also navigate the relegation play-off, with their first chance of survival against Cavan.

The winners here will play Senior Championship football again in 2022, while the losers must sweat it out against Tipperary on August 28.

A first appearance on TG4 All-Ireland Final day for Antrim since 2016 – or Carlow’s maiden voyage?

All will be revealed in Sunday’s TG4 All-Ireland Junior Championship semi-final, with Croke Park potentially just an hour away for one of these counties, barring extra-time and perhaps even free kicks.

They’ve met already in the round-robin phase of the competition and while Antrim ran out 5-20 to 2-13 winners, that result is skewed somewhat as the fixture went to extra-time and it was only then that the Saffrons pulled away.

That was Carlow’s first game of the competition, too, while Antrim had added motivation and incentive following defeat to Derry in their opening fixture.

Since then, Carlow have been building steadily and while they did lose out to Wicklow by eight points, successive victories over Derry and, most impressively, Limerick, sent the Barrowsiders through to the semi-finals.

Victory for Carlow would send the county into a very first adult inter-county Final, while Antrim are no strangers to the big day, having contested Junior deciders in 2016, 2012 and 2009.

It should be an entertaining game, as the sides have registered 20-89 between them in eight games.

Antrim have racked up 11-49 from four matches to date, with Carlow collecting 9-40.

There’s little to separate them and there’s genuine scoring threat on both starting teams.

Carey and Caitlin Taggart (1-5 each) were in good scoring form when the sides met previously, while McLaughlin and Aoife Taggart collected 1-3 each on that occasion.

Carlow will have those players marked out for close marking while Ní Shé (1-5) was their own leading scorer on the day.

FERMANAGH, the 2020 Junior Champions, are in danger of dropping back down after gaining promotion last year.

The Erne County lost out by eight points to Clare, having suffered a narrow one-point loss at the hands of Leitrim.

Former skipper Joanne Doonan has been in excellent form with 2-6, while last year’s TG4 Junior Players’ Player of the Year Eimear Smyth has 0-7 to her name.

Fermanagh will need this pair, and Roisin O’Reilly, in good form against an Offaly side looking to the scoring prowess of Roisin Egan (0-10) and Grainne Egan (3-1).

Mairead Daly (1-4) is another excellent forward and long-serving star with the potential to turn any game in the Faithful County’s favour.

Offaly lost out to Louth and Down in a tough group but will feel they’re good enough to survive in the Intermediate grade.

The losers here will have a second chance to secure Intermediate fare in 2022 when they face Longford on August 28.