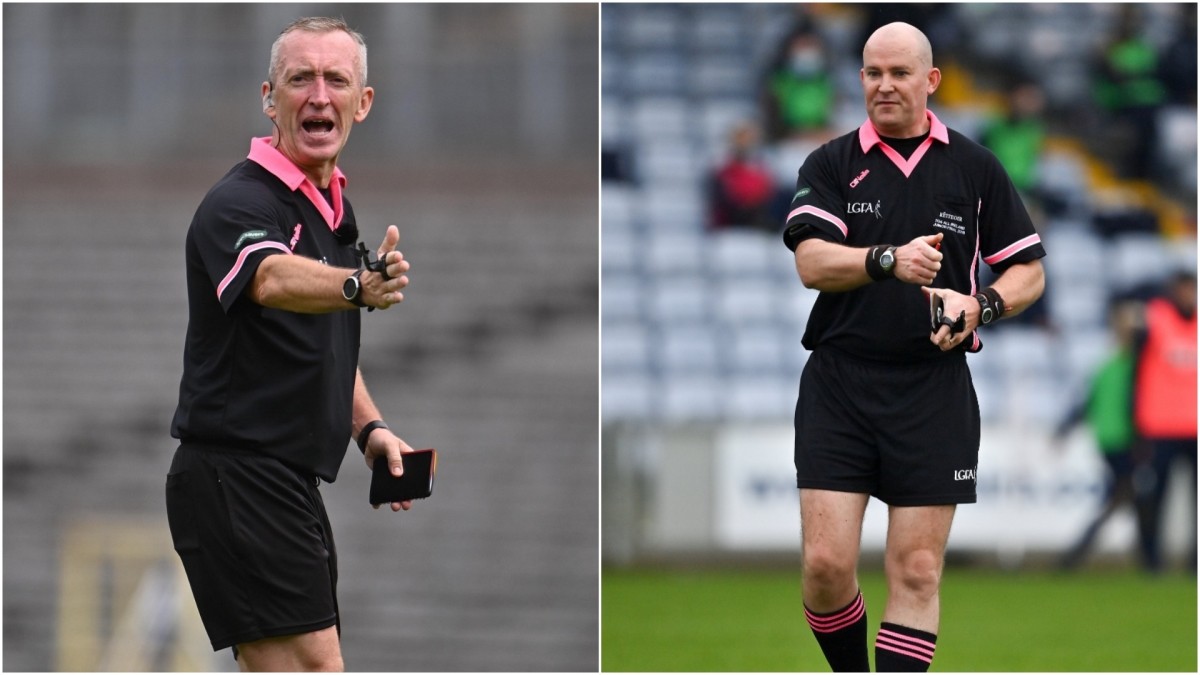 THE Ladies Gaelic Football Association has announced the match referees for the TG4 All-Ireland Intermediate and Senior Championship Finals, to be played at Croke Park on Sunday, September 5.

Down’s Brendan Rice will take charge of the Senior Final between Dublin and Meath (4.15pm), while Galway’s Shane Curley will oversee the Intermediate decider between Westmeath and Wexford (1.45pm).

This will be a third Senior Final for Rice, representing St Dallan’s PS in Warrenpoint, who was the man in the middle for the 2016 meeting between Dublin and Cork, and the 2019 Final meeting of Dublin and Galway.

Among Rice’s 2021 assignments were the recent TG4 All-Ireland Senior quarter-final between Armagh and Meath, the group fixture involving Armagh and Cavan, the Kildare-Westmeath Intermediate semi-final, and the Intermediate group match between Laois and Roscommon.

Commenting on the news, Rice admitted: “It’s not often that I find myself speechless or short of a few words.

“This was a surprise phone call to receive this morning but I’m absolutely ecstatic to be doing my third All-Ireland Final.”

For Shane Curley, this will be his first experience of refereeing on TG4 All-Ireland Finals day.

From the Glinsk club in Galway, Curley has taken charge of National Finals in the past.

He refereed this year’s Lidl National League Division 3 Final between Laois and Kildare, and the 2019 Division 4 decider which featured Antrim and Fermanagh.

The referee for the Junior decider will be confirmed following the weekend semi-finals, with Limerick, Wicklow, Antrim and Carlow aiming for the two Final slots on offer.