FOOTBALL: ‘Saying we are a team in transition kind of sounds like an excuse…I think it is a really starting to grate on us a lot.’ – Cork’s Niamh Cotter 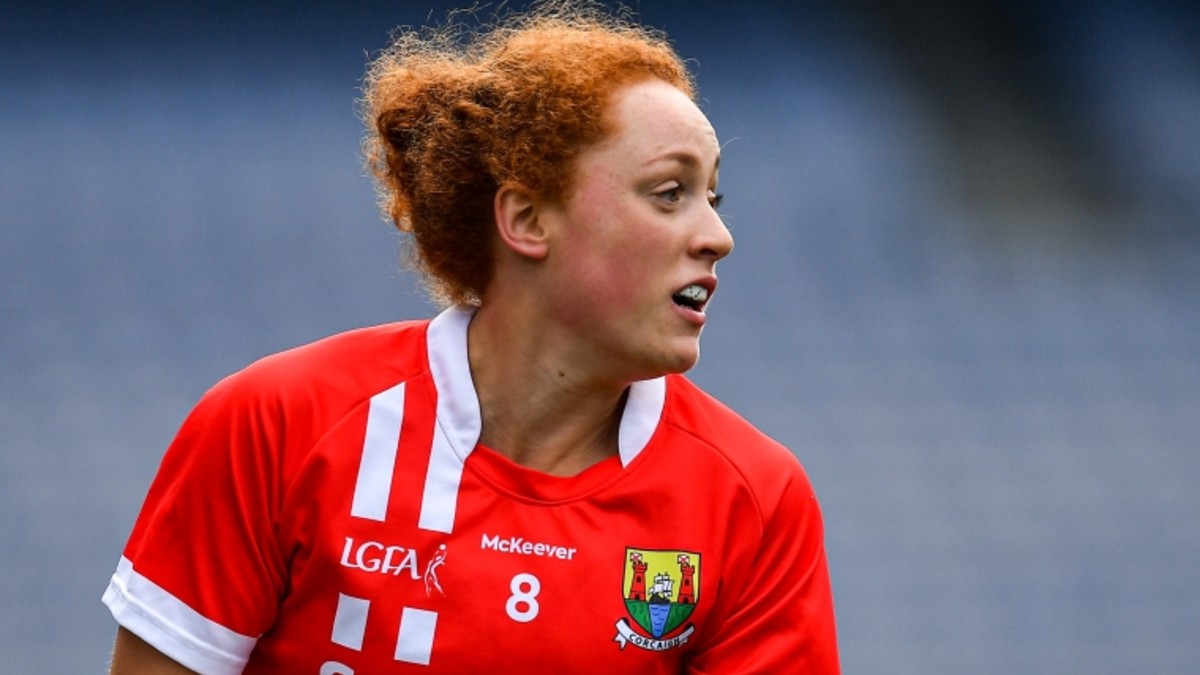 Cork midfielder Niamh Cotter says she is determined to play her part in Cork’s bid for 2021 TG4 Senior Championship honours, but recovering from a serious back injury is her first priority.

The Kilmacud Crokes player damaged a disc in her back in January of last year, and after it robbed her of eight months of the season, she made it back and played the last 17 minutes of Cork’s TG4 All-Ireland Final defeat to Dublin.

Unfortunately the injury flared up again in the off-season and the former West Cork and Beara player is back on the long road to recovery.

Instead of being involved in the first collective training session of the season for Ephie Fitzgerald’s side on Monday last, Cotter was completing her day’s rehab at home in Glengarriff.

She has ruled out playing in the upcoming Lidl National League, and wants to follow her recovery plan to the letter once again.

“I was in a pretty bad way for about eight months last year,” said 24-year-old Cotter. “I damaged the nerve root in the L5-S1 disc in my back. I worked really, really hard with my rehab and was quite proud of myself, the way I battled back.

“I made it to the end of the season and the body just had enough. My back went again shortly after Christmas. To be honest, it was hugely disappointing. I really, really struggled with it.

“I had worked incredibly hard the last year to try and get back, and just for it to all break down again was so tough. I went through a stage where I was just like ‘I don’t know if I can actually go through this rehab again’.

“When it initially happened, in the first four to six weeks there was talk of maybe needing to operate on it, but the trouble was my L4 and L5 discs were both affected. As far as my non-medical knowledge goes, the decision was made that operating on the L5 could cause a knock-on effect on the L4 disc.

“It looks like the League is going to be too soon for me, but it is great that there is a very real prospect of the Championship proceeding. I am targeting that. I am actually a lot more positive now the last few weeks. I just have to not get carried away and just appreciate the small wins and just hope I’m on the road to recovery.”

Last season Cotter made the switch to play her club football in Dublin after starting a Masters in European Law at UCD, and she will continue with the club for 2021. The eight-hour round trip to West Cork wasn’t feasible then, and even more so now after she started working for a Dublin-based immigration law firm. Add in the twice daily injury rehab, and studying for her solicitor’s exams, there is not much spare time in her schedule.

“At the moment, as you can imagine, work is very busy to say the least. I think there is something new about mandatory hotel quarantine coming in every day. But it’s great, to be honest I’m learning loads, learning way more than I would in a non-Covid world.

“We specialise in corporate immigration. It’s an interesting sector. We help large multi-national clients in moving their employees to their Irish operations. I’m really enjoying it.

“At the moment I’m still based at home in Glengarriff in Cork. I made the club decision based on where things were at around Christmas time. Like everyone else, I thought we might be back in the office at this stage, so I took the decision to stay with Crokes.”

After putting in countless hours on the treatment table last year, and making a few cameo appearances in the Dublin Club Championship, Cotter had calf and hamstring injuries to cope with on her return to the county panel – all stemming from her back problem. She was part of the devastating defeat against Dublin in the December All-Ireland Final, but soon after, disaster struck again.

After suffering a hand injury the year before, and missing out altogether in 2018 due to a spell in Canada on Erasmus studies, Cotter would have been forgiven for throwing her hat at it for 2021, but just when the serious doubts crept in, she turned to a source of inspiration in the team.

“I remember I rang Doireann O’Sullivan one night, and I told her I didn’t know if I had it in me to go through it all again.

“Doireann is someone who has suffered hugely over the years with injuries. She was brilliant with me. She had me setting goals that were not related to my back at all. Small things, like nutrition, working on my left hand, and off the pitch I was able to throw my energies into my exams.

“I think maybe the one thing I learned from last year is that it’s so important to not get too caught up in timelines. Last year I was initially told I’d be back on a pitch in four weeks. Then that went to eight weeks, and then eight months later I still wasn’t back playing.

“I think now I just have a lot better mindset towards it. I work as hard as I can on the rehab and trust the process and hope that I can battle back again and put myself in contention.”

With an All-Ireland medal in her pocket from her debut season of 2016, Cotter saw first-hand how rich the talent pool is in the county. There have been two unsuccessful All-Ireland Final days since then, but she says the squad is sick of being labelled as a team in transition.

“Saying we are a team in transition kind of sounds like an excuse, or a means to justify why we haven’t performed when it came down to it over the last few years. I think it is a really starting to grate on us a lot.

“A lot of us have quite a bit of experience now. It’s a bit of a cop out. We expect ourselves to be challenging for All-Irelands, competing with the best.

“I think that’s something we are really keen to move away from and maybe prove some of the doubters wrong.”