FOOTBALL: School of hard knocks – The Big Interview with Emma Duggan of Meath 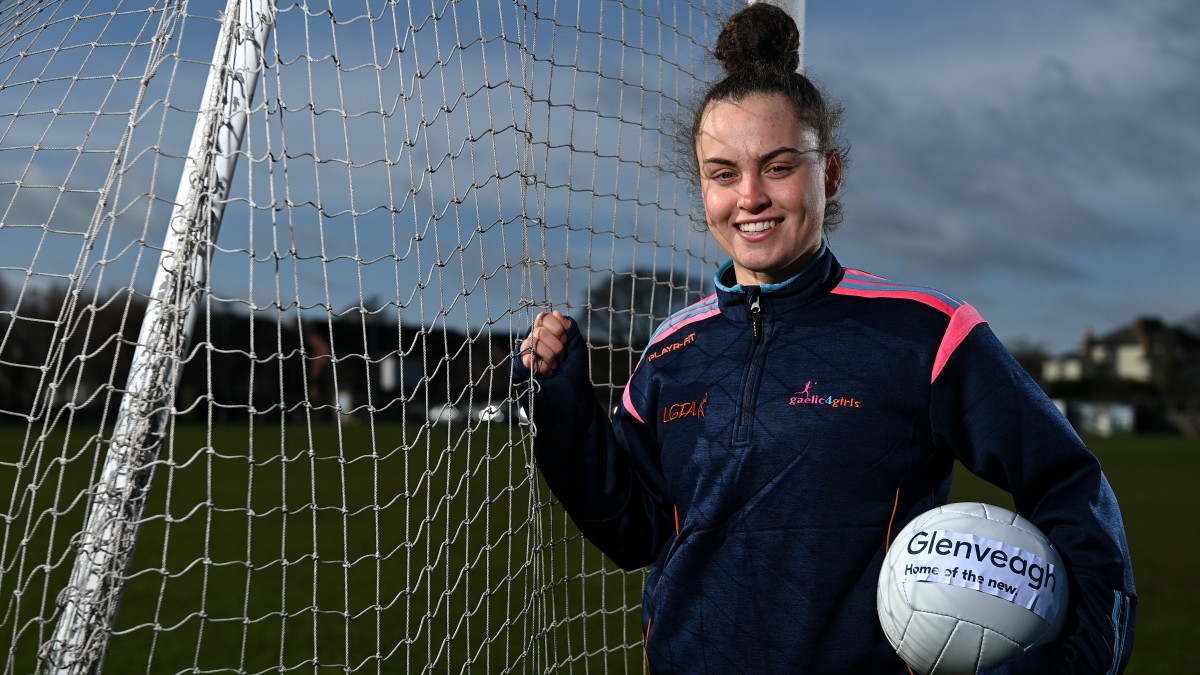 Just under three years ago, Emma Duggan scored 1-2 as Meath got the better of Sligo in the Lidl National Football League Division 3 final in Clones.

The Dunboyne youngster had just turned 17, she was in fourth year in school and about to embark on a remarkable journey alongside her fellow Royals.

The curve has pointed upwards since then, apart from a heart-breaking defeat to Tipperary in the 2019 TG4 All-Ireland Intermediate Championship final at Croke Park.

Today, Duggan and her Meath teammates return to St Tiernach’s Park as All-Ireland senior champions but it has been a difficult couple of months.

The 19-year-old has learned what losing big games feels like again; her club St Peter’s Dunboyne lost a currentaccount.ie All-Ireland semi-final against Mourneabbey, Meath were beaten by Dublin just a few weeks ago, and DCU Dóchas Éireann were knocked out of the Yoplait O’Connor at the semi-final stage.

“The club All-Ireland semi-final was a big kick in the backside,” said Duggan who is a Glenveagh Homes Gaelic4Girls ambassador this year.

“Losing that game motivated me a bit more, thinking I don’t want that to happen again now. “I was nearly mad to get back in after that game again. It was a bad day but a lot of things happen for a reason.

“And the game for DCU, I’m probably not quite over that yet to be honest. It was a really poor performance by ourselves. But I think again that showed with that group of players, it was such a talented group with so much potential and it showed the fine margins.

“If you perform badly one day, you will pay for it. It’s probably the one that got away a little bit for us. There was so much potential in that group. But there will be better days ahead. There is a serious group of footballers in that team. I have no doubt that a lot of them will go on to do really, really, great things.”

And Duggan has done really great things in her young career already. It began that day in the Monaghan sun when she dazzled the Sligo defence in a 4-11 to 1-7 success.

But four months after that, Duggan suffered defeat at Croke Park and she always looks back on the 2-16 to 1-14 loss to Tipperary as a turning point for this Meath team.

“As much as I say it was a really, really low point, I am really glad it happened at the same time because we have come on so much since then,” said Duggan.

“After that day we kind of just, we were sick of losing. We were sick of not being good enough to get over the line on the day. In 2020, we just took it upon ourselves to improve in so many ways, that we wouldn’t keep letting that happen on the big days, losing out.

“I think, as bad as it was, it’s been huge for us and I’ve been so, so lucky since. It’s just been one success after another and hopefully it will continue.

“At the same time, it hasn’t just happened overnight. It’s been a build up over a number of years at this stage. But yeah, I am extremely grateful for the good days that we have had over the last few years. Long may they continue now.”

In 2020, Meath made more strides in the right direction, they were at the right end of the standings in Division 2 of the Lidl NFL when that was cancelled due to the Covid-19 pandemic. Then, the rescheduled TG4 All-Ireland Intermediate Championship culminated in a 2-17 to 4-5 final victory over Westmeath.

Meath went on to win Division 2 last year before a summer that no one will ever forget, least of all Duggan whose lobbed goal in the TG4 All-Ireland Senior Final against Dublin will go down in Ladies football history.

Duggan won her first TG4 All-Star, with seven of her teammates also picking up gongs, while her clubmate, Vikki Wall, was chosen as the TG4 Senior Players’ Player of the Year.

That duo returned to lead Dunboyne to a first Leinster senior club title but they were stopped next time out and that was the beginning of a difficult run of results in big games for Duggan.

But even despite the loss to Dublin in their own backyard earlier this month, there was a significance to that magnificent occasion in the early March sun.

“The buzz around the place was absolutely brilliant,” said Duggan.

“I wasn’t playing so I was on the sideline and you are getting a different perspective of it all. “When you are playing, you are zoned out from all of that. Hearing the crowd and all of the kids behind you shouting for Meath…it was probably the biggest crowd we’ve ever had for a Ladies game at Páirc Tailteann.

“I know that day all of us were completely blown because we’d say, when we were playing in Division 3 and even in Division 2, way back in 2018 and 2019, we’d look up into the stands and you’d just see your parents and that’s it.

“In Páirc Tailteann the other day, the terrace was full, the stand was full and it was absolutely brilliant. Hopefully that will continue in 2022, that we will get a bigger number of supporters around. It’s really great and it shows how far Ladies football has come as well.”

But it’s back to business for Meath when they return to Clones for a Lidl NFL Division 1 semi-final against Mayo today. Mayo put up some big scorelines against Westmeath, Galway and Donegal in the group stages and Duggan knows it won’t be easy to get back on track.

“Mayo are the team in form at the minute. We have been watching them now in the group stages and they’ve put up really impressive performances.
“There will be no complacency by us. Mayo have been a consistent team in senior over the last few years. They probably have a little bit more experience than us.

“We are going to go out and give our best performance to get over the line. There’s no doubt about that anyway. We are really looking forward to the game.

“Clones is a super pitch, we have had a number of good days on that pitch. We will be hoping for a top performance which we’ll need to get us over the line and hopefully have a league final to look forward then in a few weeks. But there is no looking past Mayo.”

The four players are Glenveagh Homes Gaelic4Girls ambassadors and are ready to share their tips and experience during the roll-out of the 2022 programme, which will see 35 clubs from Britain and Ireland benefiting.