FOOTBALL: “She has had a fabulous approach to the whole thing and obviously, she is a fine athlete, and 1-5 is not a bad contribution for her return” – Bohan 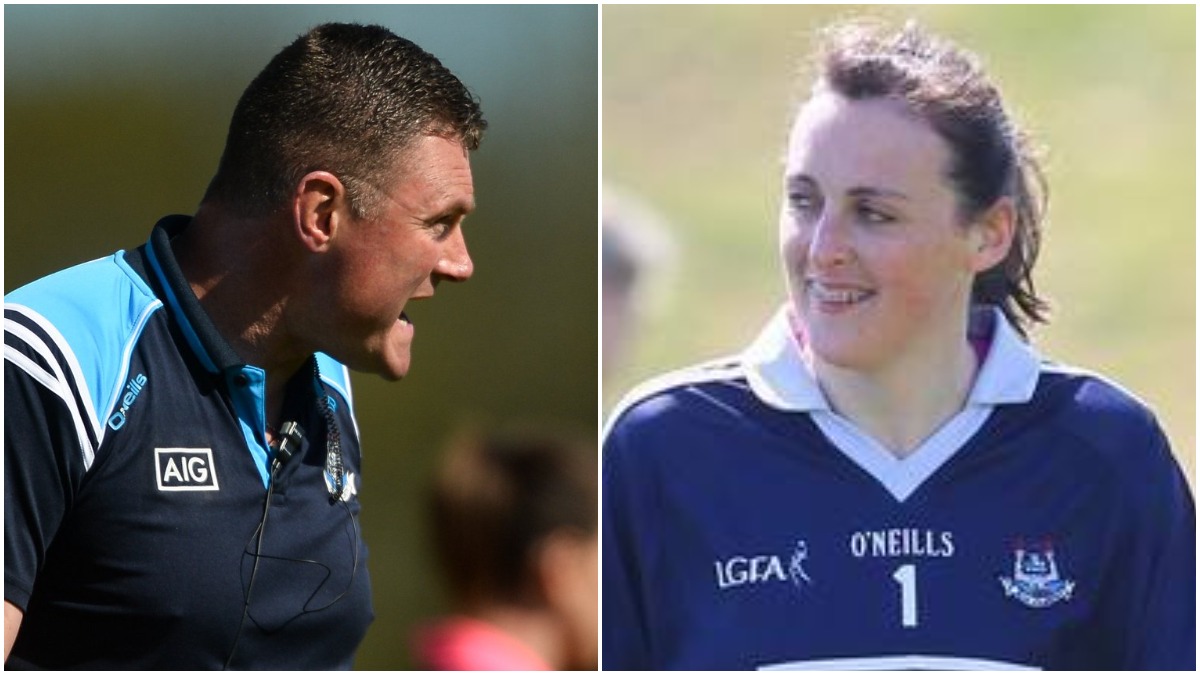 Mick Bohan’s Dublin got their Lidl National League up and running with a convincing win over Waterford, and the manager had plenty of praise for his match-winning Irish international.

Aileen Wall and Kate McGrath grabbed late goals for Waterford, while Maria Delahunty was a constant threat, but there was no way back for the Déise county.

“I have never worked with Hannah Tyrell before, but she has been with us now for a month,” said a delighted Bohan.

“She has had a fabulous approach to the whole thing and obviously, she is a fine athlete, and 1-5 is not a bad contribution for her return

“We’re looking forward to Cork next week down in Páirc Uí Chaoimh, they looked very good on Friday night but we know every time we play Cork it is a serious competition, so we look forward to that.”

Elsewhere on Sunday, captain Niamh McLaughlin scored two goals as Maxi Curran’s Donegal began their Lidl Division 1A season with a 2-13 to 1-7 win over Westmeath.

McLaughlin bagged the game’s opening goal after only 16 seconds, and although Leona Archibold scored a penalty it was too late for Sean Finnegan’s team.

“It will be a real sprint of a season for everyone and you have to start fast,” said Curran. “Staying in this League is a big priority for us and we have a lot of young girls who’ll need the experience of playing in Division 1. That result will make it hard for us to be relegated and that was the first aim for us.”

Mayo manager Michael Moyles praised his side’s character after Rachel Kearns sprang from the sin-bin to inspire her side to a 2-15 to 2-14 win over neighbours Galway.

Two Kate Slevin goals and seven Mairéad Seoighe points looked to have given Galway the win, only for Kearns and Deirdre Doherty to lead their team to victory.

“That was what we were looking to be, first and foremost to be competitive with Galway. I suppose, they have ruled the roost in Connacht over the last five or six years,” said Moyles.

“It was just satisfying to show that character there in the end, to come back – once we went back up to 15 players after the water break – and be able to pull it out of the fire.”

“We did get the performance, but you’d have mixed emotions,” said Fahy.

“We probably had a couple of chances that we didn’t take and, ultimately, we got caught in the finish.”

In Division 1B, Cork manager Ephie Fitzgerald admitted his side have plenty to work on ahead of next Saturday’s blockbuster clash with Dublin. Cork’s substitutes made a massive impact with goals from Libby Coppinger and Katie Quirke rounding off a 3-15 to 2-6 win over Tipperary.

“It was nice to get off to a winning start but we have a lot to work on ahead of our game with Dublin next weekend,” said Fitzgerald.

“We pulled away in the second-half but we weren’t happy with our first-half performance. We have plenty to work on for the games ahead.”

In Division 2A, Clare left it late to edge past Wexford, with Fidelma Marrinan kicking two late points in a 0-13 to 1-8 win, while Louise Ní Mhuircheartaigh, Siofra O’Shea and Hannah O’Donoghue goals helped Kerry to a 3-10 to 1-10 win over Meath in Navan.

Two goals from Geraldine Sheridan saw Cavan claim a 3-11 to 2-10 win over Monaghan in Division 2B, while Armagh staged a late, late comeback to deny Tyrone, winning on a 3-11 to 3-10 scoreline.

Elsewhere, Roscommon were 3-10 to 1-12 winners over Fermanagh, while Down fell to a shock defeat to Sligo with Ciara Gorman and Tara Walsh hitting key second-half goals in Division 3A.

Meanwhile, in Division 4 there were wins for Leitrim over Louth, for Antrim against Derry, while Offaly made their goals count in victory over Carlow.