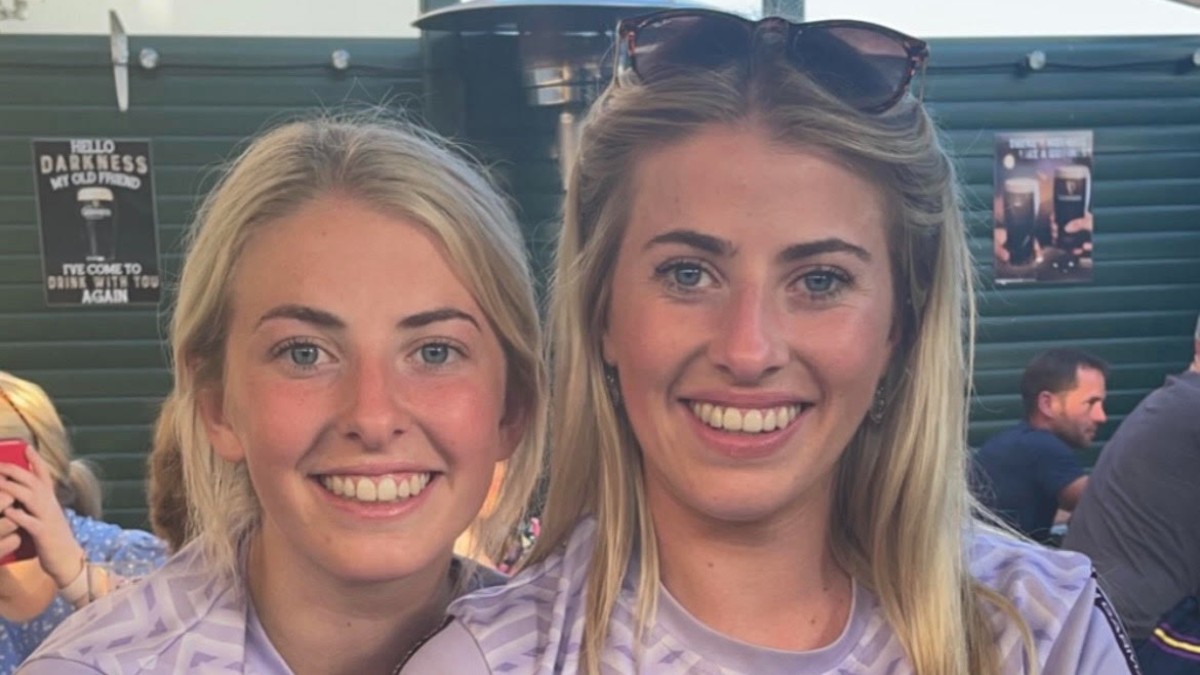 With the use of team buses discouraged during Covid-19, Derbhla Doyle is one of the lucky ones as she and her sister, Loren, get to travel to and from club and county training together.

The duo play club camogie for Oylegate/Glenbrien and Ladies football for Crossabeg-Ballymurn but they only wear the Wexford jersey for the Ladies footballers.

And today they go to Ashbourne for a crucial TG4 All-Ireland Intermediate quarter-final against Down.

“It’s a lot easier going to training and matches. We have that bit of craic in the car. We are able to discuss absolutely everything straight away when it is fresh on our minds,” said Derbhla Doyle.

“With Covid, you can’t go on buses or anything but we are the only two that are allowed to drive together, so it is great.

“I would have been driving Loren around for years when she didn’t have her license so she is still kind of paying me back, but we take it in turns.”

Derbhla might be three and a half years older than Loren but the sisters are very alike and are constantly being mistaken for each other.

Even parents and grandparents occasionally call the wrong name, while friends are often caught out too. Therefore, teammates and management can be forgiven for making the same mistake.

“We have the club gear and we both have our initials on them, honestly we wouldn’t care who is wearing what because we have so many kits,” said Doyle.

“We could end up wearing each other’s jumper to a match. Last year, one of the managers was talking to me and talking about Loren being a sweeper, he just kept going and going.

“I was like, ‘oh no, this is not supposed to be for me’. And at the end I was like; ‘Kevin, I am Derbhla, you’re going to have to tell Loren all this again!’”

Older sister Derbhla is 22, the Oylegate native grew up surrounded by sport and more specifically, Gaelic games. Her grandfather Michael played inter-county hurling for Wexford, her father Micheal played hurling and football and her mother Caroline was involved in camogie and Ladies football.

“Sport is all of our life. We would always be out on the yard when we were at home or at my granny’s, kicking or hitting the ball, every type of sport,” said Doyle.

“My mother and father would have trained teams and they are still training teams. My brothers are constantly going as well. Playing so much sport is not a chore in any sense, it is something we enjoy doing.

“We were up at the pitch at our camogie training the last night, just hitting the balls in because we couldn’t participate. While the rest were doing drills, we were picking up balls after. Just helping out when we can’t train.”

Doyle is two years younger than her brother Conor, she started her sporting career at U-8 level when she played hurling with the boys at local club Oylegate/Glenbrien.

When it came to a stage where she could no longer train with the boys, she swapped over to camogie.

It wasn’t long before she tried out Ladies football too, her mother brought her to the neighbouring parish and she began her career with Crossabeg-Ballymurn.

“There would be four years between me and Loren in Gaelic Games years,” said Doyle.

“We wouldn’t have played together underage until I was minor. In Ladies football, you are allowed to play two age-groups up. She was on one of my minor club panels. That would have been one of the first times we played together.

“At the start, it is a bit weird because you are so used to other girls around you and they are your friends. Then your younger sister is coming in and you are like ‘what are you doing here?’ But that disappeared quickly.

“It is great because you just know exactly how she plays and what she is going to do with the ball so I actually love playing with her. It is a lot easier than you would think.

“And she is well able to fight her own battles but if I saw anything happening, you wouldn’t let it slide either.”

Doyle played Ladies football for Wexford from U-10 all the way up and picked up All-Irelands at U-14 and U-16 levels. However, she didn’t play at adult level until this year.

She was playing for the Wexford camogie team until recently but after Crossabeg-Ballymurn reached the county semi-final, six of those players were invited into the county Ladies football panel.

Both Doyle sisters were brought in and they excelled, Loren plays in the backs while Derbhla usually starts in the half-forward line.

“We both have the blonde hair and the ponytail, so from the back a lot of the girls are just baffled by it when we are too close together,” said Doyle.

“You would hear names being called, ‘go on Derbhla’, ‘go on Loren’. At this stage we are so used to being mixed up you just have to keep going and don’t listen to it, just in case they are calling the wrong one by mistake and then you have messed up.

“It definitely happens in football but not as much with the club in camogie because we have different coloured helmets for that reason. I wear a blue helmet and she wears a yellow one.”

It has been a busy 2021 for Doyle, she is a qualified primary school teacher now and gained some valuable experience as a substitute teacher for a couple of months at Gardiner Street Primary School in Dublin.

She is on the job hunt now, while she also spends her time watching Love Island and the Olympics when she isn’t on one of the various training fields or recovering at the nearby Curracloe Beach.

But this weekend there’s only one focus, as wins over Sligo and Longford set up a final eight clash with the Group 4 winners.

“We are going well and everybody is excited for the game against Down more than anything,” said Doyle.

“I have never been involved with the county football to have got to this stage before. It is new as well. It is more excitement than nerves.
“We have been working well in training and hopefully it goes well for us.”