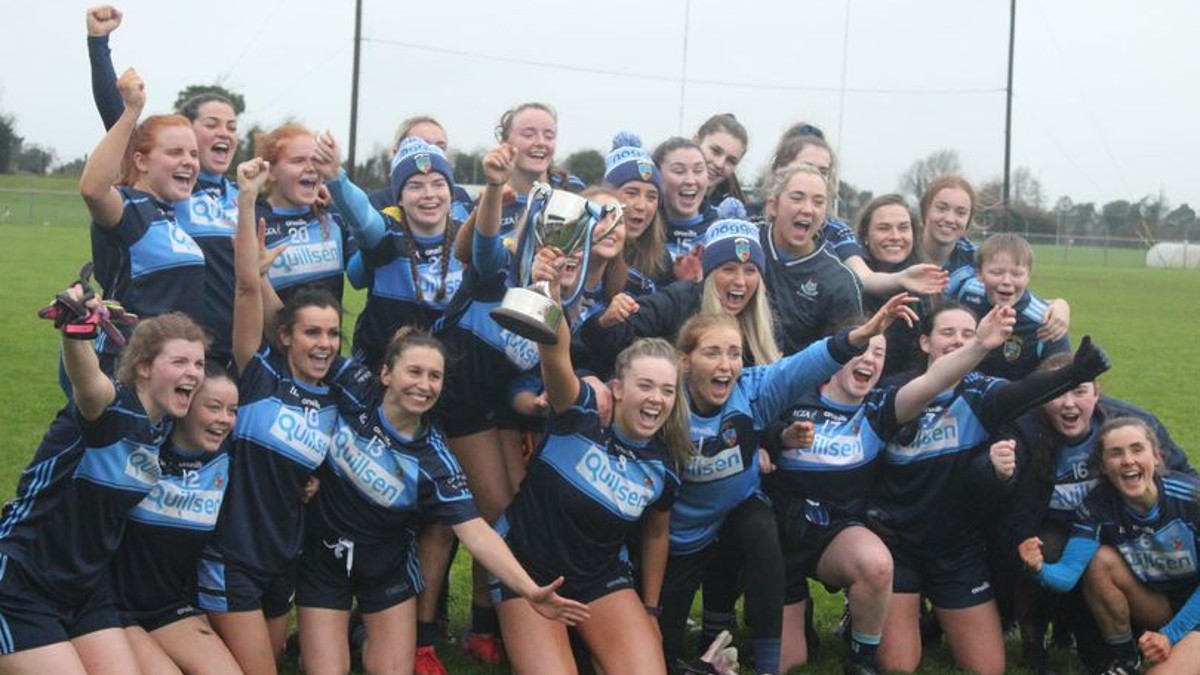 Goals from Lisa Morris and Niamh Kerr ensured St Judes were crowned Leinster Junior Club Champions for 2021 in Kinnegad on Saturday afternoon. In a tough and competitive outing, the lead changed multiple times but a stronger final quarter from the Dublin champions earned them the provincial title.

Megan Jobe, who finished the game’s top-scorer, grabbed the game’s first score from a free and in the early stages both sides shot wide of the post as they settled into the match rhythm. Player of the match, Aisling Gannon, set up Ellie Young and the Jude’s full forward levelled the game before turning provider and finding Lisa Morris, the corner forward, who needed no invitation to hit the net. While Jobe converted her second free, St Judes led by 1-01 to 0-02 at the first water break.

Colmcille came firing back in the second quarter and points from Michelle Farrell and Jobe levelled the game once more. With both sides moving well, Jobe added her fourth score of the half when Michelle Farrell found her in space. Both sides kept the respective goalkeepers busy, and a Niamh Kerr point brought the game back level. Cliodhna Nicoletti chipped in with a point, but Colmcille were the happier at the break as Nessa Farley found the net after Aoife McAuliffe made the initial save. At the break, the Longford champions led by 1-05 to 1-03.

The second half began at electric pace and the scores came thick and fast with Megan Jobe trading points with Hannah Begley and again with Ellie Young. Aisling Gannon brought St Judes to within a point of Colmcille and when Niamh Kerr grabbed her second point, Jeff Kane’s side looked increasingly more dangerous in attack. Young grabbed a brace of points to push St Judes ahead by two, but a Michelle Farrell free brought Colmcille back to within a point at the second half water break.

Gannon was unlucky to see her effort rebound off the post as St Judes gradually took greater control of the final quarter, moving the ball confidently from defence into attack. Aoife Rockett made her presence felt immediately from the bench as she pointed with Lisa Morris pushing Judes three ahead. St Judes second goal arrived when Niamh Kerr found the net, the ball dropping over the head of Ruth Jones. Hannah Hegarty added a further point and while Michelle Farrell did grab Colmcille’s second goal, it was consolation as St Judes claimed a four point victory; 2-12 to 2-08.

Subs: R Connolly for Murphy, U Nerney for Devlin, A Rockett for Keyes, L Martina for Begley.