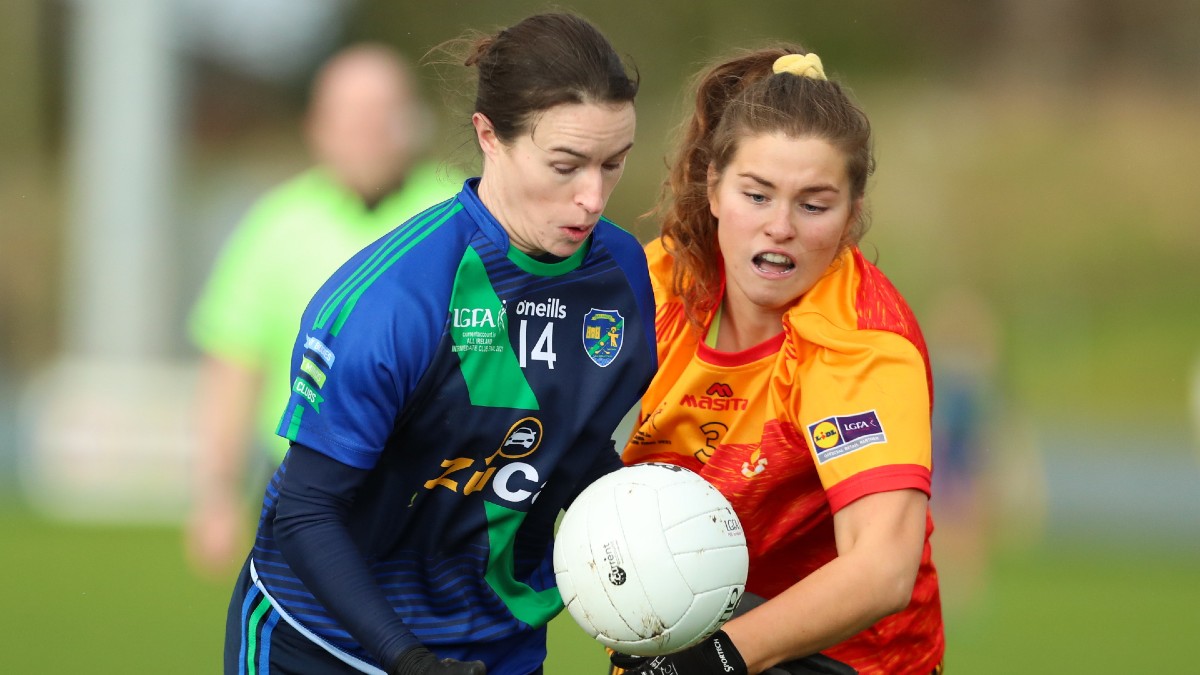 Kate Sullivan’s goal in the first attack ultimately proved the difference between the teams but the Leinster champions still needed two late points from Aherne and Niamh Harney to seal the win.

St Sylvester’s began in scintillating fashion with their goal after just 10 seconds. Sullivan took her place at midfield for the throw-in, won possession and raced at the heart of the Castlebar defence before she struck low past Fiona McLoughlin.

And with a strong wind at their backs they added a point 60 seconds later.  Aherne gave the pass to Nicole Owens to slot over.

But Anthony Cooke’s team didn’t score again from play in the first half with two further frees courtesy of Aherne giving them a 1-3 to 0-3 half-time lead.

Castlebar Mitchels were struggling to settle as they tried to gain a foothold but eventually got off the mark on 22 minutes. Danielle Caldwell pushed forward and she found Grainne Flynn to her right, who scored.

Castlebar were in the ascendency now and St Sylvester’s and finished the half strongly with two more scores to leave just three between them at the break.  Flynn was involved in both, setting up Kathryn Sullivan on 29 minutes before converting a free herself to leave them just three behind at the interval.

Anna Tuohy picked out Laura Brody for a Castlebar score two minutes after the restart but St Sylvester’s hit back with a well-worked move as Louise Ryan and Sophie McGlynn combined to allow Aherne her first from play.

However, Mitchels pitched up again as Niamh Hughes started to make an impact. She converted a free won by Orla Conlon on 37 minutes before immediately adding a point from play.

Scores were at a premium as defences reigned supreme and the Mayo side struggled to find a way past a St Sylvester’s defence led by Dannielle Lawless, Lisa Murphy, Kim White and Cliona Fitzpatrick.

Flynn’s free on 50 minutes levelled it for the first time but Castlebar wouldn’t score again. Aherne won a free and scored to put St Sylvester’s back ahead.

And then Owens and Katie O’Sullivan combined to allow Harney give them a two-point cushion, which was enough to secure victory.