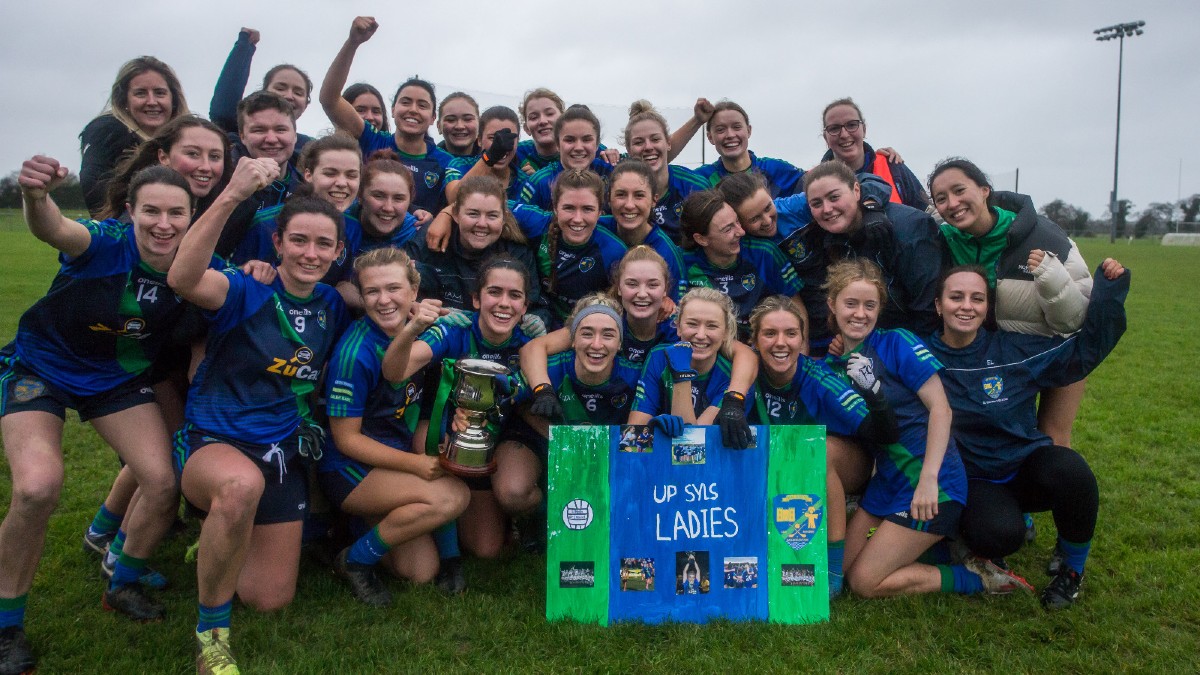 Kate Sullivan bagged 1-4 and the Player of the Match accolade as St Sylvesters defeated Longford Slashers in the Leinster LGFA Intermediate Club Final in Kinnegad on Sunday afternoon. Sullivan shone throughout and it was her goal that was the difference in the score at the break. In the second half, St Sylvesters outscored their opponents by 2-08 to 0-04 to ensure victory went to the Malahide club.

In a highly competitive opening half, it was Longford Slashers that opened the afternoon’s scoring. Jessica Barry converted a free before Lisa Nolan doubled Slashers lead a minute later. As both sides got to grips with the December wind, St Sylvesters levelled matters through points from Dublin footballers Kate Sullivan and Niamh McEvoy.

Dannielle Lawless pushed Sylvester’s ahead with a terrific score and although Sophie McGlynn had a goal disallowed for overcarrying, it was the Dublin champions that led by a point at the first water break; 0-03 to 0-02.

On the resumption, Nicole Owens won the kickout, found Kate Sullivan and the wing forward fired to the net with aplomb. Slashers did have their chance to goal themselves, but Sophie Brennan was equal to the challenge. A fine run by Nicole Owens was finished in style by the Dublin footballer as she increased her side’s lead to six points.

Despite the slippy conditions, Longford Slashers came firing back as half time approached with three unanswered points from Kara Shannon, Aisling Cosgrove and a Jessica Barry free. At the break, St Sylvesters led by 1-05 to 0-05.

The Dublin champs raised their game as the second half got underway and stretched their lead with two fine Sullivan points sandwiched between a Grace Twomey score. When Sinéad Aherne pointed a free, the gap was stretched to seven points and it appeared that Anthony Cooke’s side had the upper hand.

Full credit to Longford Slashers who battled right back into contention with Kate Shannon pointing before a brace of scores from Grace Shannon, including one free, reduced the gap back to four points. Longford Slashers looked threatening with the half forward line of Clare Farrell, Grace Shannon and Aisling Cosgrove keeping pressure on the Sylvesters defence.

Sinéad Aherne converted her third free of the contest just before the second water break to ensure Sylvesters led by five; 1-10 to 0-08.

St Sylvesters dominated the final quarter, restricting the Longford champions to a single point. Nicole Owens won the kickout and in a goal mouth scramble, Sinéad Aherne found the net after her initial effort was blocked by Slashers’ keeper Emer Casey.

Kate Sullivan chipped in with her fourth point of the afternoon and Nicole Owens capped off a wonderful performance from the centre of the field when she converted 1-01 in a minute, the goal a wonderful run and finish to the bottom corner of the net. Substitute Katie O’Sullivan capped off a fine performance from Sylvesters when she added a point off the bench and while Kara Shannon did grab a point back for Slashers, the Sylvesters defence stood firm and overturned a number of Slashers attacks to ensure the trophy heads for Malahide, the first Dublin winner since Clontarf in 2018!

Subs: C Flynn for A Barry, L Kenny for Reilly.