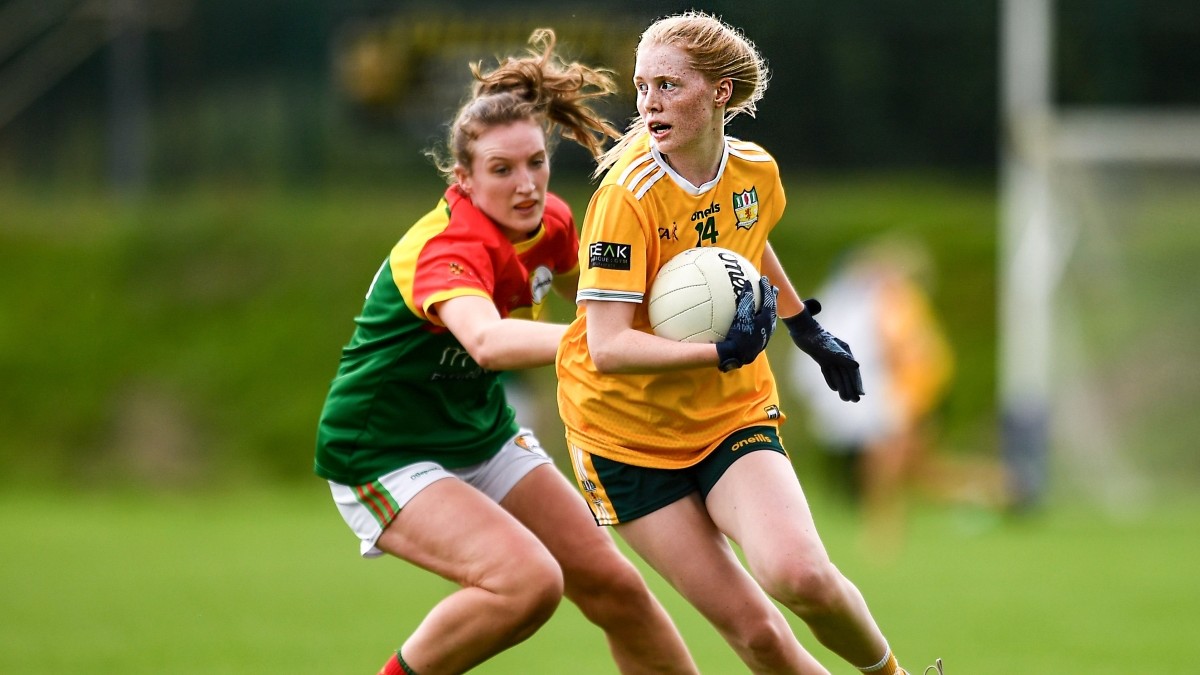 Compiled by John Fallon (Theresa Mellon of Antrim in action against Caoimhe O’Neill of Carlow during the TG4 All-Ireland Ladies Football Junior Championship Semi-Final match between Antrim and Carlow at Lannleire GFC in Dunleer, Louth. Photo by Ben McShane/Sportsfile)

Tyrone and Tipperary will battle it out for TG4 All-Ireland Senior Football Championship survival next weekend.

Tyrone lost out to Cavan on Saturday by 2-11 to 0-14 after extra-time in a relegation play-off but they have a second bite of the cherry against the Premier County next weekend.

And in next weekend’s Intermediate Championship relegation play-off, it’ll be Fermanagh against Longford.

The winners here will play Intermediate Championship football again in 2022, with the losers consigned to the Junior grade.

Offaly preserved their Intermediate status with Sunday’s 5-9 to 4-7 victory over Fermanagh.

Meanwhile, the 2021 TG4 All-Ireland Ladies Junior Championship Final will be contested by Wicklow and Antrim at Croke Park on Sunday, September 5 (11.45am – Live, TG4).

Wicklow got the better of Limerick by 1-12 to 0-4 on Saturday in Tang, Westmeath, before Antrim defeated Carlow by 3-22 to 3-18 in an extra-time thriller in Lannleire on Sunday to set up the final pairing.