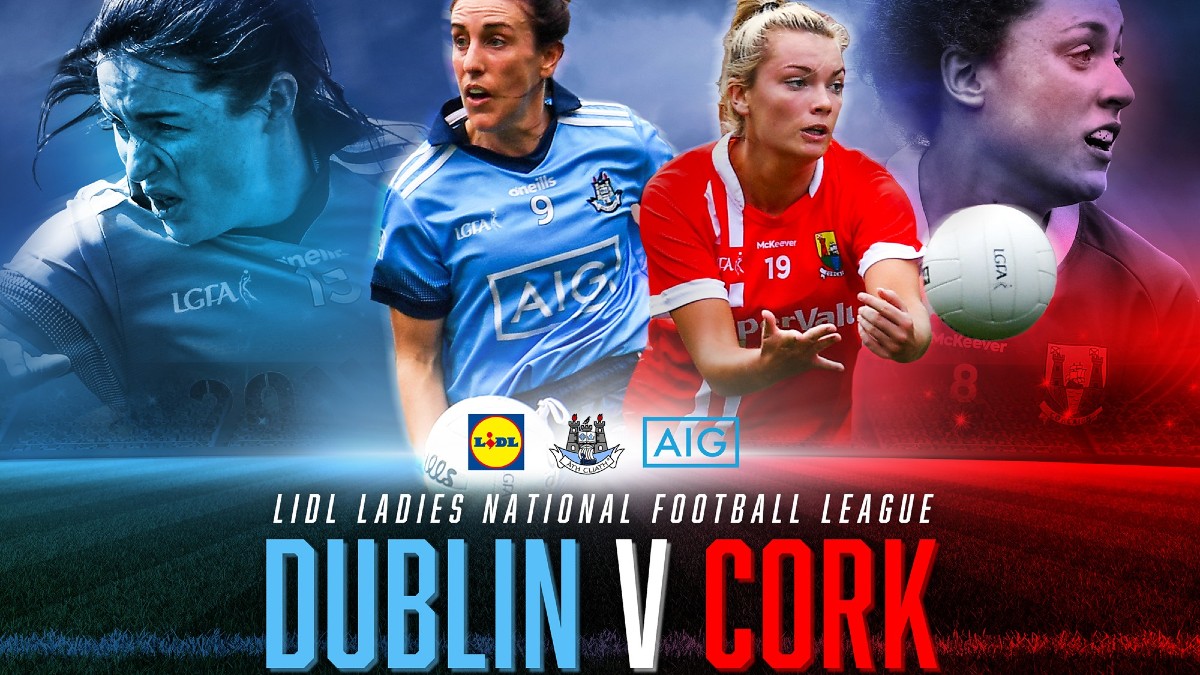 TG4 All-Ireland Senior finalists Dublin and Cork have been pitted together in Division 1B of the 2021 Lidl Ladies National Football League, which is due to get underway on May 23.

Dublin defeated Cork last December to claim a fourth straight All-Ireland Senior crown – but Cork are the reigning Division 1 League champions, having won the title in 2019.

Cork and Dublin will be joined by Tipperary and Waterford in an ultra-competitive Division 1B, with Galway, Mayo, Donegal and Westmeath making up Division 1A.

In Division 2A, TG4 All-Ireland Intermediate champions Meath will be joined by Clare, Kerry, and Wexford, while Armagh, Cavan, Monaghan and Tyrone feature in an all-Ulster Division 2B.

There are four counties in each group, with the exception of a three-team Division 4B, which contains Carlow, Offaly and Limerick, while the divisions have been comprised in regional fashion to minimise travelling for the competing teams, and to help ensure the health and safety of all counties.

Three rounds of group fixtures will be played on consecutive weekends, with the semi-finals scheduled for June 13.

There will then follow a two-week break before the Lidl National League Finals are played on June 27.

Fixtures for the 2021 Lidl National Leagues will follow in due course.

Division 3A – Fermanagh, Down, Roscommon, Sligo

*Dates are set for a Sunday but may be played midweek or Saturday by agreement with both counties.