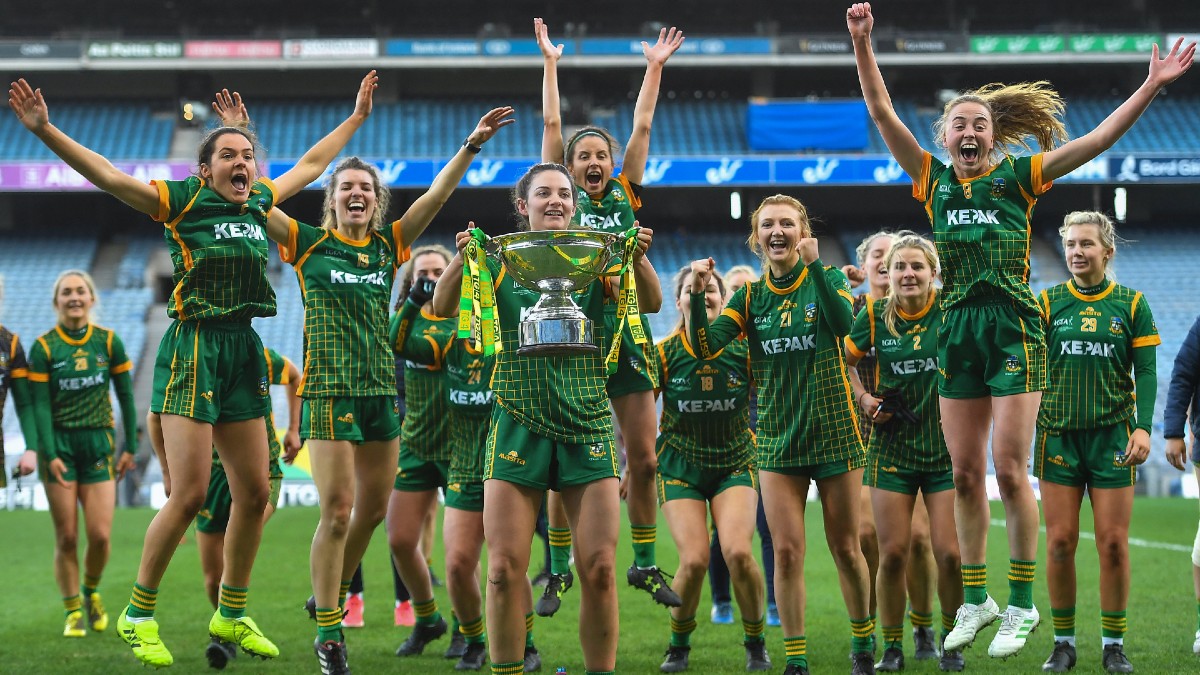 Meath put two years of Croke Park heartbreak behind them as seven Emma Duggan points helped them to glory against Westmeath in the TG4 All-Ireland Intermediate Final.

Westmeath hit three goals in the space of four first-half minutes, and a fourth early in the second half, but goals from Bridgetta Lynch and Vikki Wall ensured Meath claimed the Mary Quinn Cup and promotion to next year’s Senior championship.

After winning the toss and electing to play with the stiff breeze at their back in the first-half, Meath got off to the start they wanted with Stacey Grimes on target from a first-minute free.

But in the next five minutes of mayhem we saw four goals scored, three of which went Westmeath’s way. Lucy McCartan struck for the first in the second minute following a strong run from Jo-Hanna Maher, but Meath reclaimed the initiative with a Niamh O’Sullivan point and a goal from Lynch, who palmed Vikki Wall’s pass to the net.

The score had barely been added to the scoreboard when Westmeath hit back. Maher was again involved but Monica McGuirk clawed her shot away, but McCartan attempt from the rebound found the net for a second goal in as many minutes.

A third goal – and the pick of those early scores – was directed to the net by Anna Jones in the sixth minute, but the pass from McCartan was just as good as the finish, which put Westmeath 3-0 to 1-2 ahead.

Meath could easily have been rocked by that trio of goals, but instead they went on to score the next 1-4. Duggan, substitute Aoibheann Leahy – who replaced the injured Sarah Wall – and Máire O’Shaughnessy kicked excellent points, while Vikki Wall raced through and fired to the top corner as Meath moved 2-6 to 3-0 clear by the 14th minute.

Jones kicked Westmeath’s first point of the game in the 16th minute, and she added another two frees by the break, but Meath were still good value for their 2-8 to 3-3 half-time lead.

The lead switched hands again three minutes after the break when Leona Archibold converted a penalty following a foul on captain Fiona Claffey, but a Duggan free drew Meath level again in the 37th minute.

Frees from Jones for Westmeath and Grimes and Duggan for Meath saw the lead change hands in the third quarter, but from there to the final whistle Meath took charge.

The sin-binning of Jo-Hanna Maher was a big moment in the 47th minute – she was sent off in the last minute after a second yellow – and when Vikki Wall kicked two excellent points in a row Meath moved four points clear with seven minutes to go.

Duggan swapped passes with Thynne and kicked a brilliant point, and the youngster added the final flourish two minutes from the end to seal a sweet win for the Royals.