FOOTBALL: TG4 All-Ireland Intermediate & Senior Finals to bring the curtain down on remarkable 2020 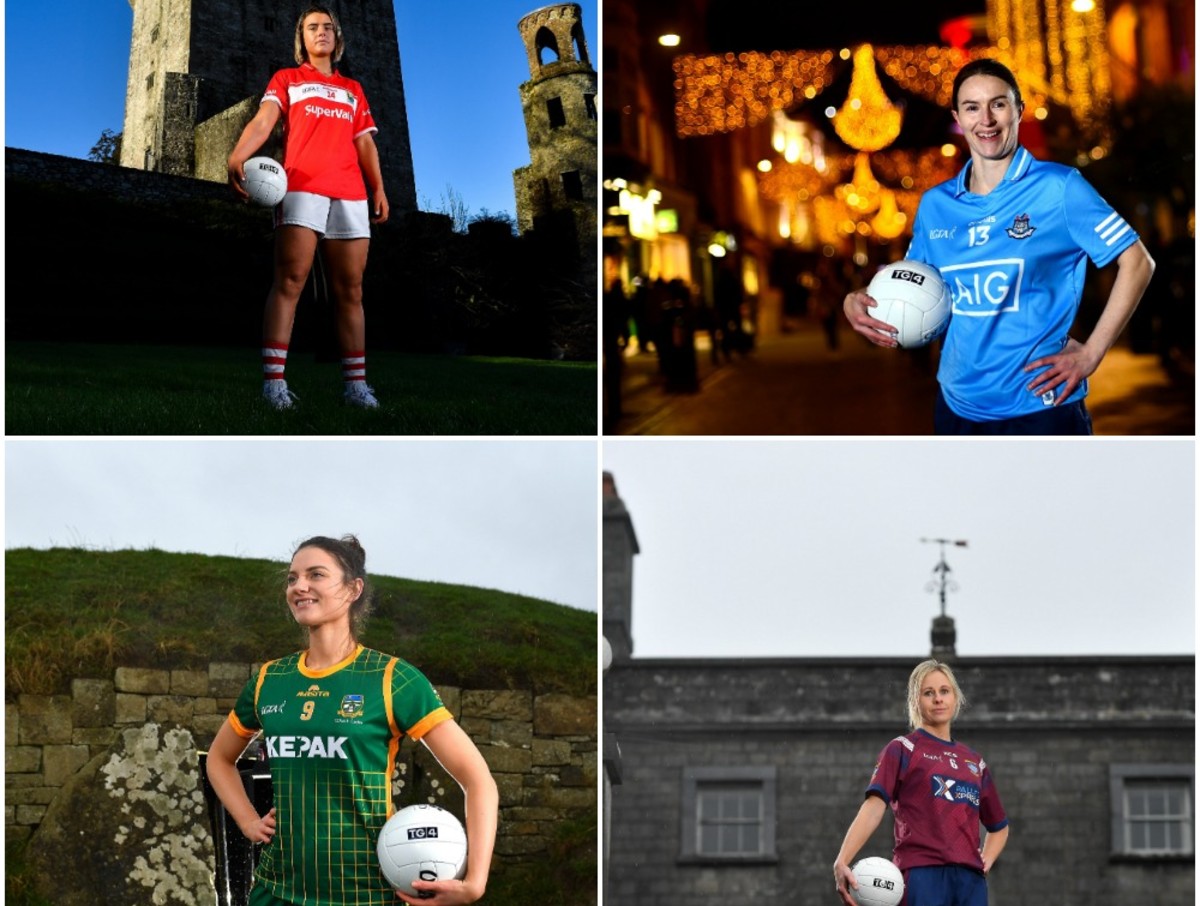 THE 2020 TG4 All-Ireland Intermediate and Senior Ladies Football Championship Finals will bring the curtain down on a remarkable year at Croke Park next Sunday.

Croke Park will host its last playing activity of 2020, with a TG4 All-Ireland final double-header scheduled at the famous venue.

Meath and Westmeath will battle it out for the Intermediate title at 1.15pm, followed by the meeting of Cork and holders Dublin in the Senior decider at 3.30pm.

The four team captains were pictured at landmarks synonymous with their respective counties, ahead of what promise to be two fascinating encounters.

Meath captain Máire O’Shaughnessy was pictured at the famous Hill of Tara, while Westmeath captain Fiona Claffey made the short trip to Belvedere House Gardens & Park.

Blarney Castle & Gardens was Cork captain Doireann O’Sullivan’s destination of choice, while Dublin captain Sinéad Aherne got into the Christmas spirit with a visit to Grafton Street in the capital.

The Mary Quinn Memorial Cup and the Brendan Martin Cup are the prizes on offer for the winners next Sunday – while the victors in the Intermediate decider will also have the added bonus of Senior Championship football in 2021.

The four participating counties are ready to provide a pre-Christmas feast of Ladies Gaelic Football – with both games live on TG4 and worldwide on the TG4 Player: https://www.tg4.ie/en/player/watch-live/home/

In the all-Leinster Intermediate Final, Meath are hoping to claim their very first Intermediate title, and their first adult All-Ireland title since the 1994 Junior win.

The Royals will be hoping to avoid a hat-trick of successive All-Ireland Intermediate Final defeats, while Westmeath, Intermediate winners in 2011, will aim to bounce back to the Senior grade at the very first attempt, following relegation in 2019.

Meath accounted for Down and Leitrim in the group stages, before producing a most impressive semi-final display against Clare.

Westmeath defeated Longford and Louth to top their group, before battling past the stern challenge of Roscommon in their semi-final.

The Senior decider, meanwhile, pits Cork against Dublin for the sixth time.

Cork and Dublin met at Croke Park in the 2019 semi-final, also won by Dublin, who are aiming to land the Brendan Martin Cup for a fourth successive year, and for the fifth time in their history.

Victory for Cork would hand them a 12th TG4 All-Ireland Senior title, and their first since 2016.

Between them, Cork and Dublin have carved up the Senior honours since 2005, and you have to go back to Galway in 2004 for the last time a county outside of next Sunday’s Finalists claimed the silverware.

Commenting on the long-standing partnership, Ard-Stiúrthóir TG4, Alan Esslemont said: “It has been a relationship of trust and vision, not a transactional relationship based on economic gain. We both wanted to improve the reach and resonance of our organisations and, by doing so, build a better, more diverse Ireland.”

Marie Hickey, President of the Ladies Gaelic Football Association, added: “We have been fortunate to work with a wonderful team in TG4, who share our passion for Ladies Gaelic Football. There has been some brilliant action since our 2020 Championships commenced and on Sunday, we will crown our Intermediate and Senior All-Ireland Champions, to bring the curtain down on a playing year that we will never forget.”

The respective match referees – Seamus Mulvihill (Intermediate) and Jonathan Murphy (Senior) will both complete the set of TG4 All-Ireland Finals next Sunday.

Kerry native Mulvihill took charge of the 2015 All-Ireland Junior Final between Louth and Scotland, before he refereed the 2017 Senior decider between Dublin and Mayo, while Carlow whistler Murphy oversaw the Junior Final between Longford and Antrim in 2016, and the 2019 Intermediate decider involving Meath and Tipperary.
For the Intermediate Final, Wexford’s Barry Redmond is the stand-by referee, the 4th official is Galway’s John Devlin, while Catherine Murphy (Limerick) and Sinéad McHugh (Donegal) have been assigned to lines-people duty.

Stand-by referee for the Senior game is Mayo’s Garryowen McMahon, Galway’s Shane Curley is 4th official, while Leah Mullins (Carlow) and Kelley Cunningham (Offaly) have been named as lines-people.

Paths to the Finals: