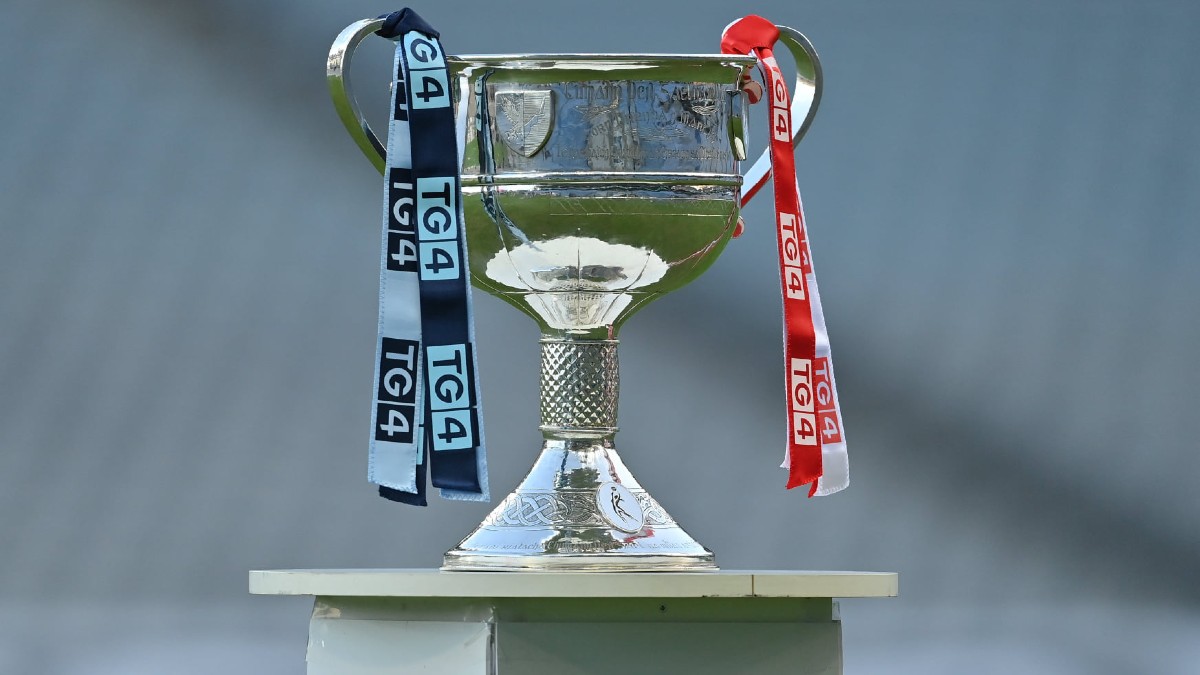 THE race for 2021 TG4 All-Ireland Senior Championship glory will be whittled down to four teams over the Bank Holiday weekend.

There are two quarter-finals down for decision on Sunday – with two more on the agenda on the following day.

Armagh and Meath get proceedings underway at St Tiernach’s Park in Clones on Sunday, in a live TG4 game that will have a 2pm start.

The victors here will take on the winners of the 3.30pm clash between Munster rivals Cork and Waterford in the semi-finals.

After a toss for home advantage, this tie, which will be streamed live at https://bit.ly/3yFslAy, will be played at Páirc Uí Chaoimh.

On Monday, five-in-a-row chasing Dublin put their title on the line against Donegal at Páirc Seán Mac Diarmada in Carrick-on-Shannon (4pm).

The Sky Blues or their Ulster opponents will then face the winners of the Galway-Mayo quarter-final in the last four.

Mayo have home advantage at Hastings Insurance Brokers MacHale Park in Castlebar (1.45pm) for the latest instalment in a long-running rivalry with Galway.

Both of Monday’s games will be broadcast live on TG4.

THIS could be one of the games of the championship between two sides who have been flying of late.

Aimee Mackin is in sensational form for Armagh – and the 2020 TG4 Senior Players’  Player of the Year has bagged 3-22 already en route to the knockout stages.

Armagh look an even better side than the one that reached the semi-finals last year – but Meath will provide a stern test.

The Royals, who won the Lidl NFL Division 2 title last month, ran Cork to a couple of points in their championship opener, before putting Tipperary to the sword to reach the last eight.

The 2020 Intermediate champions are a very capable outfit who have adapted well to life back in the Senior ranks.

Both sides are unchanged as they aim for a place in the last four of the All-Ireland series, with Armagh opting for the same starting 15 that ousted Mayo in the last round, while Meath plump for the 15 that lined out from the start against Tipperary.

JUST three points separated the sides when they met in Division 1 of the Lidl NFL in June – and now Cork and Waterford prepare for knockout championship fare.

Cork beat Meath and Tipperary to advance to the last eight and the Leesiders are unchanged from the side that lined out against Tipp as they aim for another semi-final slot.

Waterford make just the one change in personnel from the side that accounted for Tyrone to reach the quarter-finals, with Shauna Dunphy coming in for a starting place of Aoife Murray.

Reaching the quarter-finals is good progress for Waterford and they won’t fear Cork, having clashed with their Munster rivals in provincial fare in recent years.

Cork scored 6-14 last time out against Tipperary but they’re unlikely to find Waterford in such generous mood at the back.

The Déise did leak 6-12 against Dublin in the group stages, however, but bounced back to rack up 3-17 themselves in the Tyrone win.

Eimear Scally’s return to the Cork set-up – and form – is a major boost and the 2020 runners-up remain formidable opponents.

It’s been a while since Mayo and Galway met in a Championship fixture at Senior level.

You have to go back to 2019 for their last meeting – and that was a gripping All-Ireland semi-final at Croke Park.

Róisín Leonard kicked a stunning free from the ground to win it for Galway, before the Tribeswomen lost out to Dublin in the Final.

They have previous from 2021, however, and it was Mayo who came with a late surge when the sides met in the League.

The green and red pulled it out of the fire with an unanswered 1-4 burst down the home straight.

That fixture was played at Hastings Insurance Brokers MacHale Park and they’ll meet again at the Castlebar venue, with a place in the All-Ireland semi-finals against Donegal or Dublin on offer for the winners.

Having lost out to Armagh in the final round of group fixtures, Mayo boss Michael Moyles has made two changes in personnel for this one – as Marie Corbett and Niamh Kelly come in for starts in place of captain Clodagh McManamon and Fiona Doherty.

Galway, who scored three goals in two minutes against Donegal last time out, have made just one change – with Laura Ahearne coming in for Sophie Healy, who’s ruled out through injury.

DONEGAL gave Dublin plenty to think about when the sides met on Halloween night in the 2020 Championship.

Ultimately, a freak goal from Dublin skipper Sinead Ahearne turned the course of the game, as her attempted point bounced down off an upright and into the net.

Donegal will feel they can compete with Dublin once again but they’ll need to tighten up considerably at the back after leaking three goals in two minutes against Galway recently.

Donegal finished in second place behind the Tribeswomen in their pool – and that means they’ll have to face up to champions Dublin, who sailed through their group with wins over Tyrone and Waterford.

Dublin boss Mick Bohan has opted for the same starting 15 that lined out against Waterford last time out for this one, while Donegal manager Maxi Curran has replaced Amy Boyle Carr with Roisin Rodgers from the start.

Dublin’s team looks exceptional on paper, with genuine goal threat and firepower in attack, but Donegal have potential aces up their own sleeves, in the form of Geraldine McLaughlin and skipper Niamh McLaughlin, who’s been excellent this year.

Dublin will start as favourites but Donegal have the players to ask serious questions of them.

The winners here will play Galway or Mayo in the semi-finals.