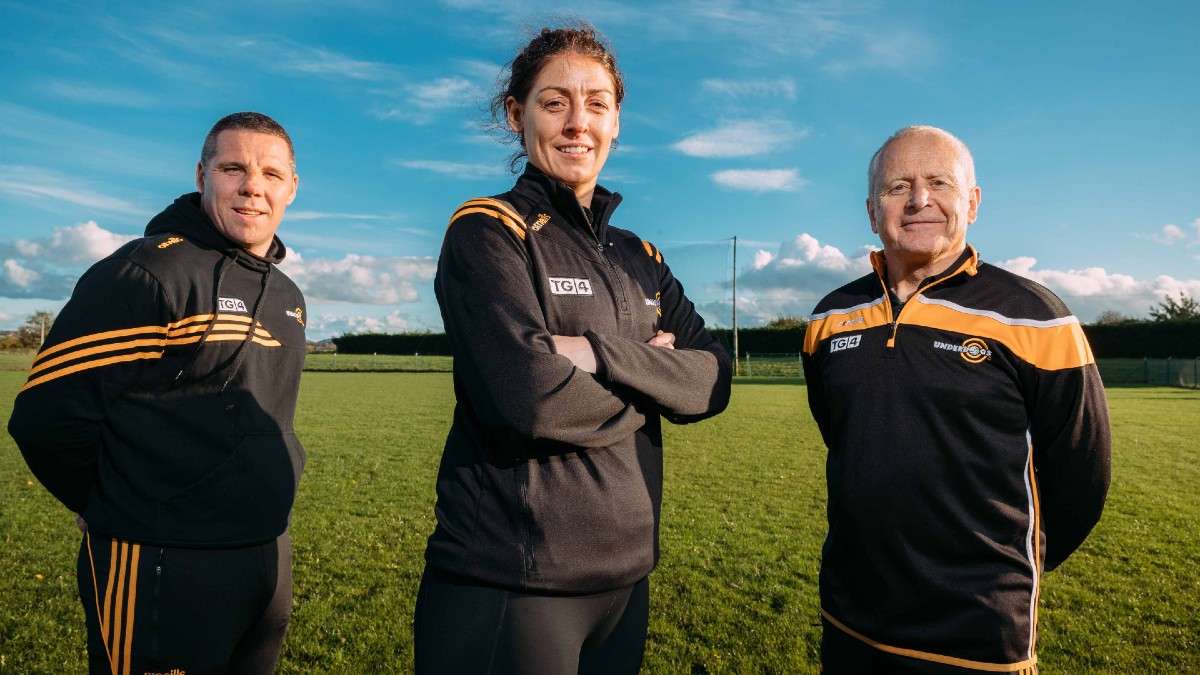 TG4 is proud to announce that the Underdogs will be taking on the top Ladies Gaelic football team in the country at the end of the series; when they go head to head with the ultimate Underdogs and this year’s TG4 All-Ireland Senior Champions Meath. (Pic: Kevin Cassidy, Michelle Ryan & Mickey Ned O’Sullivan)

The match will be played at the Donaghmore-Ashbourne club in county Meath on Saturday 11th December 2021.

This eagerly-anticipated fixture will throw-in at 1.30pm, with a deferred broadcast to air on TG4 Peil na mBan Beo at 7.15pm that evening.

The Underdogs is a unique group of players, from different LGFA clubs all across the country. These footballers have never played at junior, intermediate or senior inter-county championship level before.

Over the last few weeks we have seen the players’ trials and training and listened to them tell their own stories on the Underdogs series on TG4. Now, after 6 months of preparation and intense training, they are ready to take on TG4 All-Ireland Senior champions Meath.

Tonight, the Underdogs attend their last training camp at Wells House and Gardens in County Wexford, where they find out what team they will play on the big night.

Tickets to attend the Underdogs V Meath game on Saturday 11th December are on sale now.

Go to: WWW.TG4.IE/UNDERDOGS  to purchase your ticket.

Speaking on behalf of the LGFA, President Mícheál Naughton said: “The Underdogs have taken us on an emotional rollercoaster ride since the very first episode of the series was aired – and now they are preparing for the ultimate test. This is a game we are very much looking forward to – against the reigning TG4 All-Ireland Senior champions, Meath.

“This promises to be a wonderful game of football and I wish the very best of luck to both teams, as they line out at Donaghmore/Ashbourne’s wonderful facilities.”