FOOTBALL: “This is actually like winning a first one because it is so new” – Collins 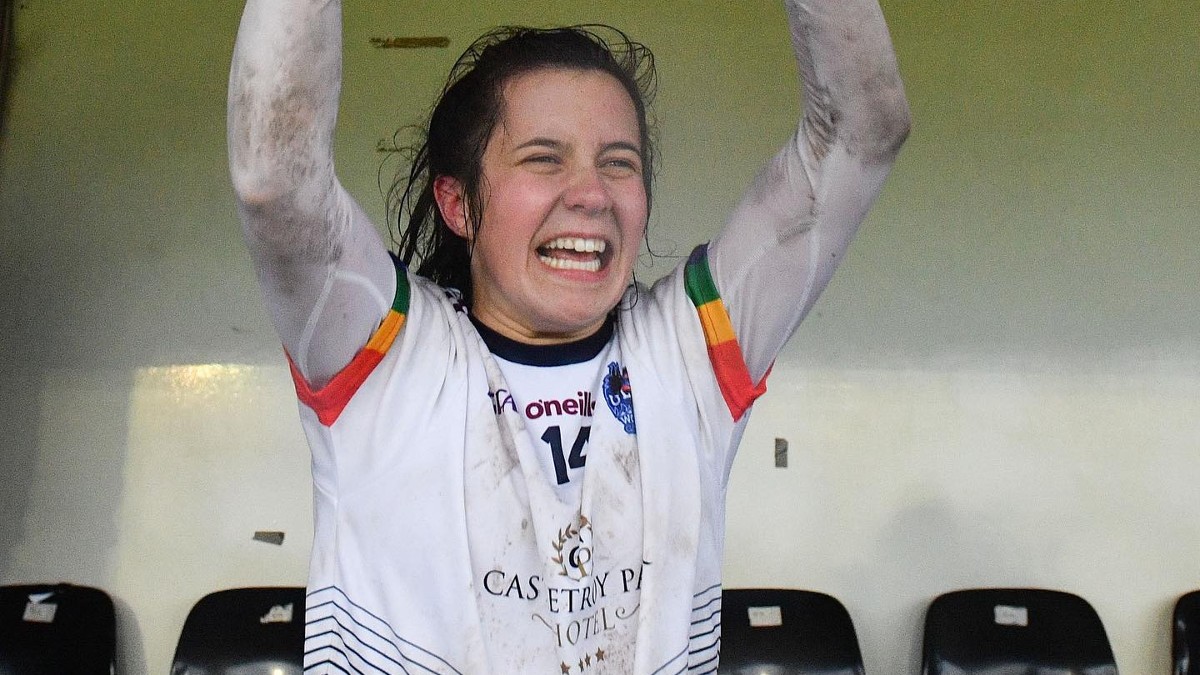 UL manager DJ Collins said he was proud of the fighting spirit of his new-look squad as they claimed the Yoplait Ladies HEC O’Connor Cup on Saturday.

UL are the standard-bearers in this competition and were featuring in their seventh final in a row. They took an 0-8 to 0-0 lead into the first water break against UCC but only held on for a 0-12 to 0-11 win after Kellyann Hogan missed a late free.

The DCU Dóchas Éireann Sports Campus played host to four finals across Friday and Saturday with MTU Cork, TUS Midlands and Mary I also coming out victorious in their respective deciders.

But UL claimed the showpiece prize once again, it was their fifth title since 2014 and their manager knew this one ranked high due to the Covid-19 imposed break from the competition over the last two years.

“I’m absolutely delighted and proud, they just kept fighting. This is actually like winning a first one because it is so new,” said Collins.

“Talking to the third years yesterday in the hotel, we realised none of the first, second or third years had experienced a weekend like this. That is why we had such a squad this year.

“When we were in the semi-finals back in 2020 there was a squad of 28 players and of that squad there are only five left today. We had to rebuild from scratch.”

UL captain Fiadhna Tangney won the toss and opted to play with the driving wind and rain at her side’s back in the opening half.

It looked to have been the right decision when they raced into a comfortable lead by the first water break but that had been whittled down slightly to 0-10 to 0-4 by half-time and UCC were beginning to find their feet.

The Cork outfit had knocked Division 1 champions DCU Dóchas Éireann out on Friday, and they looked set to come with an onslaught in the third quarter but UL still held a 0-12 to 0-6 advantage.

It wasn’t until late in the game that John Cleary’s forces piled on the pressure and five unanswered points from Hogan, Katie Quirke (two), Ciara McCarthy and Laura O’Mahony brought the deficit back to the minimum.

But despite some late opportunities UCC could not convert and they let their chance to end a ten-year wait slip.

“Very disappointed, we had a couple of chances at the end there to at least to force extra-time,” said Cleary.

“At 0-8 to 0-0 we were looking at a severe drubbing but the girls settled down and gave us everything. We just fell a bit short in the end, I have nothing but pride for those girls.

“We go home with our heads held high, we will be disappointed but all we asked them for was 100 percent and by God they gave that in spades.

Earlier on Friday, MTU Cork were crowned Yoplait Moynihan Cup champions when they beat LYIT 3-10 to 2-11.

Mary I won the Yoplait Giles Cup after their 3-8 to 1-9 win against TU Dublin.