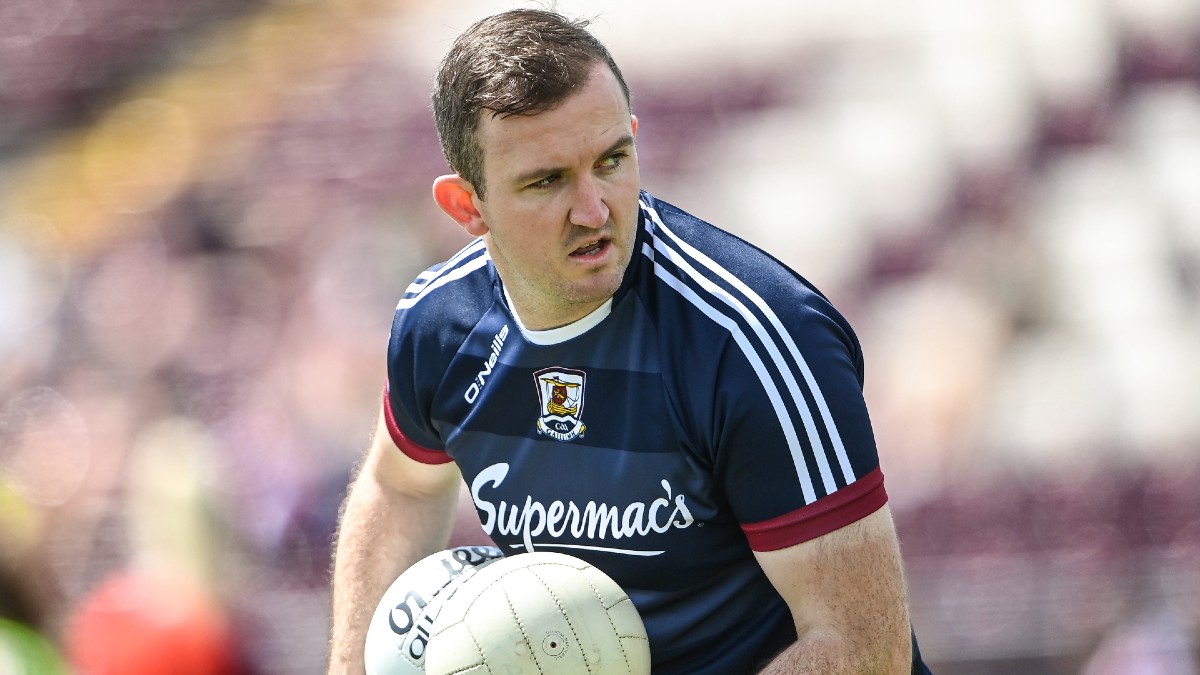 He had played outfield for his club for over a year and as the space opened up in front of him, this was his first real opportunity to stretch his legs and make an impression in Croke Park.

Goalkeeper Maghnus Breathnach was a relatively new face in the Galway set-up when he left the comfortable surrounds of his own goalmouth and reached the Cork ‘45 in that Round 4 qualifier in 2013.

It was an age before Rory Beggan and Niall Morgan made it the norm, a time when goalkeepers were confined to a life deep in their own territory, but the An Spideál clubman was about to set a trend.

“I think the first game I did it for Galway was when we played Cork in the qualifiers and I just took off up the pitch on the Cusack Stand side,” said Breathnach.

“I was playing outfield for the club, where Pádraig Lally was our keeper, so I was playing a lot at midfield and centre forward and that was how it kicked off.

“It was not frowned upon at the time. It was a tool I had, so I thought I might as well use it. I was fit and athletic and I was comfortable on the ball. I had no problem coming off the shoulder to a lad to support them.

“At the time, there was serious pressure on backs and if you could create an overlap why not do it? There was never any instruction from management to do it, it was just off the cuff. I was never told not to do it either.

“Alan Mulholland was the manager and that was the last game of the championship. He couldn’t believe what he was seeing – me absolutely tearing up the pitch and Alan O’Connor sprinting a hundred miles an hour after me.

“I started on our own 14 and got up to the far 45, back into Michael Meehan and it should have been a free-in but he got done for steps so I had to sprint all the way back in again. My legs were on fire.”

Meehan made that game famous for another reason, his stunning free-kick beat Cork goalkeeper Alan Quirke and nine outfield players standing behind him, to nestle in the roof of the net.

However, perhaps it was Breathnach’s exploits that day that set the tone for a new approach to goalkeeping in the modern era.

“I am looking forward to seeing how Conor Flaherty goes with Galway now. He is a similar mould, very comfortable coming out with the ball as well,” said Breathnach.

“That is the way the game is going. You are not going to have a keeper and 14 outfielders, it’s going to be a keeper that is as good as an outfielder. Kick-outs are so important and being comfortable on the ball.

“If a keeper can create an overlap now and rattle a point over the bar, it’s an unbelievable thing to have in your locker. Monaghan really use it effectively and Tyrone now too.”

The 30-year-old Garda, who works out of Millstreet in Galway, has also suffered from a dreaded lob in his time spent roaming up the pitch.

There were 26 minutes gone in the All-Ireland intermediate club semi-final in January 2019, when Breathnach soloed up-field for An Spidéal, who were trailing 2-4 to 0-4 against Naomh Éanna.

“It was a handpass I didn’t want, I was literally gone, I didn’t want the pass at all, it went straight through my hands,” said Breathnach.

“Your man got it, turned and shot, about 50 metres out. It was a serious finish but it was a hard luck. It’s awful disappointing but you just have to get on with it again.

“It didn’t deter me coming out with the ball after that. I am still doing it. If I didn’t do it in the county final, we wouldn’t have won. It works out well sometimes and it doesn’t other times, that’s how things go.”

Breathnach stepped away from the Tribesmen’s senior panel after 2019 but still plays with his club, while this year he and Fiona Wynne are joint-managers of the Galway Ladies footballers.

Breathnach was introduced to the Galway setup last year under Gerry Fahy, where he was a goalkeeping coach and selector.

And with Fahy now gone, Breathnach has stepped up, alongside the Annaghdown clubwoman who won a TG4 All-Ireland with Galway in 2004.

“We really bounce off each other well, constantly talking to each other on the phone thinking about how we can make things better and improve the team.

“She brings a different dynamic and skillset than I would have. It’s great to be learning from her and we are improving the whole time.

“She knows what it takes as well. To go and win an All-Ireland, she has walked the walk. “When she talks. the girls listen because she knows what she is on about.

“She is really good at communicating and painting a clear picture and has such a positive effect on everything. They have serious respect for her in the dressing room and among the management team too.”

Galway won’t have to rely on Wynne for her All-Ireland expertise this year with the Kilkerrin-Clonberne contingent slowly filtering back in over the coming weeks.

Their 1-11 to 1-7 victory over three-in-a-row chasing Mourneabbey in the currentaccount.ie All-Ireland Senior club final last month was a landmark occasion for the club and county.

“The Kilkerrin-Clonberne players will be back soon but in fairness they deserve the break. “It’s a long old slog for them. It was unfinished business when they didn’t win it last time. To win it now, it’s a big relief,” said Breathnach.

“It’s an unbelievable achievement and the manner of the way they did it. You could tell from watching them when they played Donaghmoyne and Mourneabbey, nothing was going to stop them. No matter what happened in those matches, they were determined. You could see it in their eyes, this was it and they were going to take this opportunity, they weren’t going to let this slip.

Lisa Murphy is one of the returning players to add to Galway’s options at goalkeeper, with Alana Griffin and Karen Connolly also vying for the No 1 jersey.

But Dearbhla Gower, who was one of just two Galway players nominated for a TG4 All-Star last year, won’t be available this season due to work commitments.

Nevertheless, Breathnach is excited by what he has at his disposal, while he sees more teams starting to implement fly-goalkeepers in their tactics in the Ladies game now too.

“In fairness to Donegal’s keeper the first day, she was very good at it,” said Breathnach.

“It’s another thing that will keep developing the whole time. I’d be very confident that you are going to have very good keepers coming out the field, really good and strong on the ball.

“It’s something that county managers will definitely look at. I think they are looking at it now. Especially in the women’s game, any overlap and you are down the pitch. You have to be on the ball.”