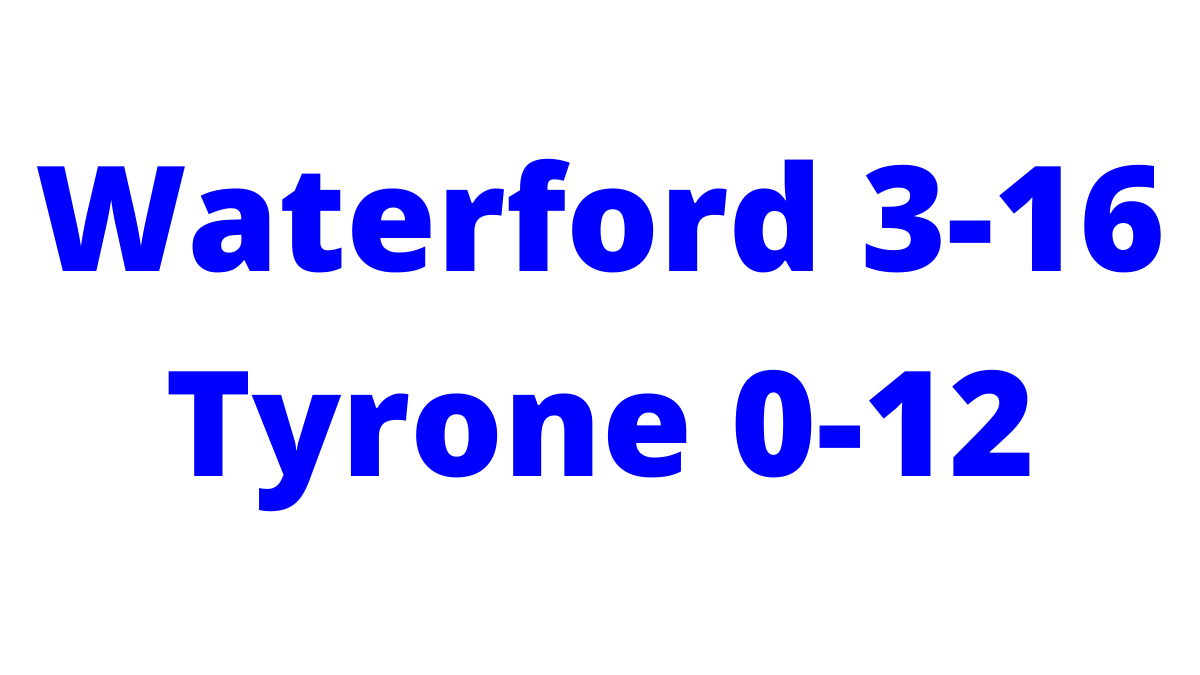 Katie Murray hit 2-3 as Waterford booked their place in the TG4 All-Ireland SFC quarter-finals with a convincing victory at St Loman’s Mullingar.

They will now meet Cork in the quarter-finals of the competition next weekend after they pulled away just before the interval.

Tyrone’s Niamh O’Neill hit ten points over the hour including seven frees, but it wasn’t enough and they now face into a relegation battle.

The opening quarter was a tight affair with Chloe Fennell and Aoife Murray hitting points in a bright start by Waterford but O’Neill, who scored five points in the opening half, hit back with a couple of frees for Tyrone.

Waterford got on top after the first water break, rapidly hitting 1-4. A couple of points from Eimear Fennell was followed by one from centre-back Karen McGrath and then Katie Murray hit low to the net and Waterford never looked back.

They pushed on after the restart. Fennell landed another free before Murray got her second goal and also added a point.

Aileen Wall got in for Waterford’s third goal after 37 minutes as they built up an unassailable lead.

Tyrone never gave up. Niamh O’Neill and Grainne Rafferty scored points for Kevin McCrystal’s side in the second half but the elusive goals they chased just did not come and points from Murray and Fennell wrapped up a fine performance for the Deise as they sealed their spot against Cork in the knockout stages.