FOOTBALL: ‘We can always go in and play with the shackles off,enjoy our football and express ourselves.’ – Kerry captain Aislinn Desmond 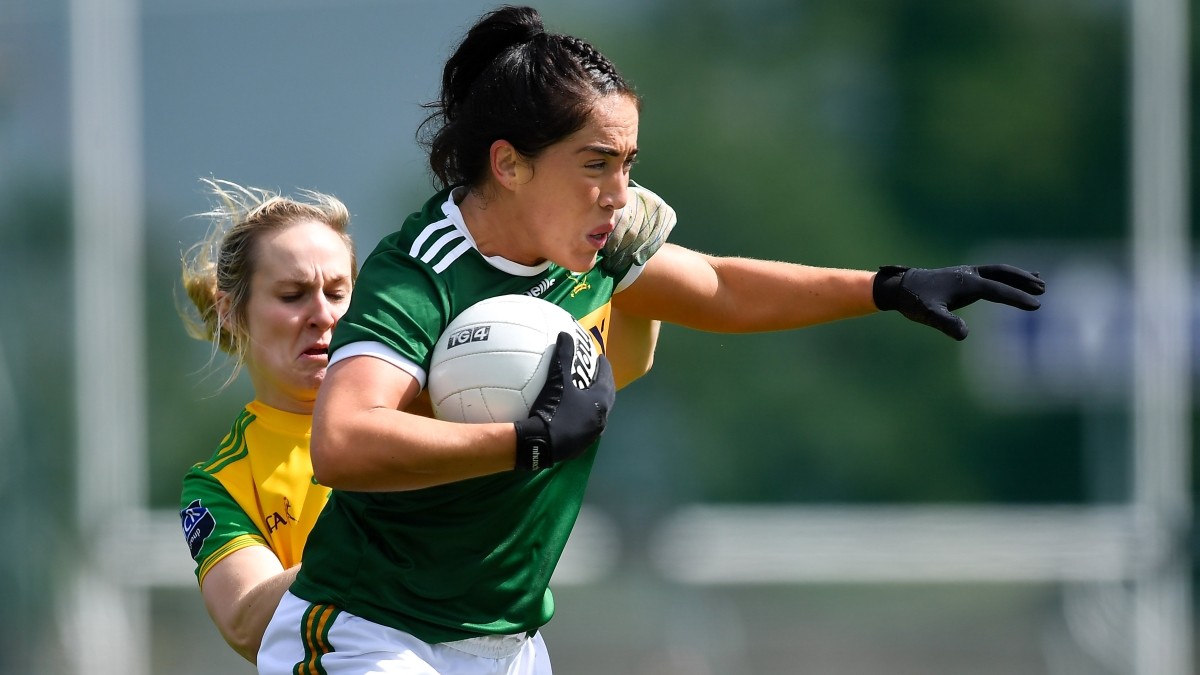 Losing just one game in all of 2020 indicates that Ladies Football in Kerry is in a very healthy state, but ending last year without a medal or Lidl National League promotion makes the wait for the new season to commence agonising for the players.

Kerry’s unbeaten Division 2 campaign had them on the verge of promotion back into the elite tier before the coronavirus struck and the competition was shelved.

Those five impressive wins were added to with their TG4 Senior Championship victory against Cavan, before a one-goal loss to eventual finalists Cork stalled their season.

In any other year, Kerry would have lived to fight another day – and their season deserved a second twist – but the knowledge that they are back within touching distance of the game’s top teams has given new captain Aislinn Desmond plenty of comfort.

“Unfortunately last year, we fell a bit short of Cork in the end of the match. But it was reassuring to know that we are not a million miles off them,” said Desmond (32), who is entering her 12th inter-county season with the county.

“Dublin have set the standard in the last few years, but once we are there or thereabouts, I think our unity and our team morale will hopefully get us there.

“I’m hoping that we will definitely be able to get a step further this year. Obviously Cork are All-Ireland contenders every year and we would be massive underdogs going in against them.

“But sometimes that plays into our hands too, that there is no pressure on us ever going into a game. We can always go in and play with the shackles off, enjoy our football and express ourselves as footballers.”

Having a new management team in place this time last year brought an injection of change to the Kerry set-up. Joint managers Darragh Long and Declan Quill urged their players to follow their natural instincts, play flowing football and attack games without fear.

Following their relegation from Division 1 in 2018, Kerry looked destined to make a League final at least last year. But missing that opportunity has galvanised the panel for another shot at promotion this season, according to Desmond.

“We were top of the table and it looked like we were destined to make the final, it was unfortunate that Covid happened and we weren’t able to play a final, but that has given us clear focus for this year.

“But it’s hard enough to get out of Division 2; we’ve been down a few times. This will be our third year in the division.

“I remember in 2013, we won the division, but prior to that…it is just so hard to get out of it. There are such competitive teams inside there. Now we have Armagh, Meath, Cavan, Monaghan, Clare, Tyrone and Wexford…you can’t take anyone for granted.”

This week’s announcement that the suspension of all Gaelic Games activities will continue until further notice means collective training will have to be put on the long finger. Even though there are no team gatherings happening, the Kerry panel is sticking together.

Each player has been given a personal training plan to help them maintain a modicum of finesses, while the group is meeting virtually once a week to help each other through the third lockdown.

“We got all of our individual programmes at the start of the year. I’m doing two running sessions and two gym sessions a week, and then we meet up on Zoom to do a HIIT class together. It’s important to get a bit of camaraderie with to the girls. It’s just nice to have a bit of a buzz, you know?

“It’s hard for our strength and conditioning coach, Cassandra Buckley, who is trying to manage things for us. She is trying to keep us ticking over more than anything.

While 2020 proved a fruitless year with the county team, winning her first Kerry Senior Club title with Rathmore was an occasion to remember for Desmond. With the team being managed by her father Denis, and her sister Catriona also playing, the club is always close to the heart.

Recent weeks saw Desmond named the Kerry captain for a second time, while the village of Rathmore had a double to celebrate with Paul Murphy named the men’s captain after East Kerry’s success.

“A bit of good news around the village was great, for a rural part of Kerry it is really nice to get the captaincy in both codes,” she said.

Whenever inter-county Gaelic Games is permitted, Desmond wants Kerry wants to be ready to hit the season with real vigour. With their usual fundraising efforts hampered by the coronavirus, Kerry ladies teams at all age groups are seeking to raise some money for their training fund.

“Funding plays such a vital role in ladies football. It is an amateur sport but an increasing amount of funds are required for the game. There is increasingly high demand on the likes county boards to provide facilities for inter-county teams.

“When the WGPA released their survey last year it just showed the inequality that is there between the men’s and the women’s game. We rely heavily on funding and that is the reason that we are really trying to push this now, just to improve our facilities and keep us working in the most professional environment possible.

“If anyone can help us out, Kerry LGFA has a link on its website and people can buy tickets there. All of the players are promoting it on their social media accounts too. We are keen to raise as much funds as possible to help us get the work done when we get back.”