FOOTBALL: “We may have poked the bear here because they had a team of players up in the stand that would frighten the life out of anybody,” – Curran 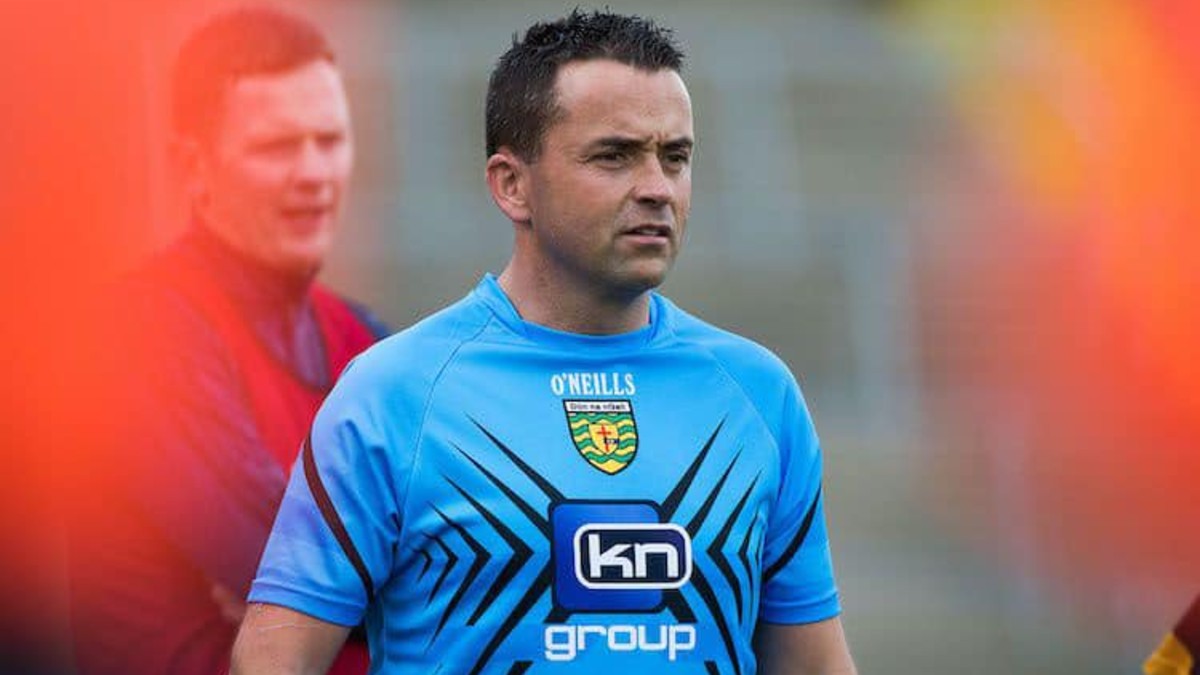 Donegal manager Maxi Curran says his side ‘may have poked the bear’ after they romped to a 16-point win over Galway in Tuam Stadium, which sends them into a Lidl National Football League semi final against Cork next Saturday.

Donegal will face Cork live on TG4 (3pm), while Dublin will face Mayo in the second semi final, which is being streamed on the Spórt TG4 YouTube page.

Karen Guthrie and Geraldine McLaughin were in devastating form for Donegal, but the Ulster side are also in the same pool as Gerry Fahy’s Galway in the TG4 Senior Championship. Curran is wary of the next meeting of the sides.

“We may have poked the bear here because they had a team of players up in the stand that would frighten the life out of anybody,” said Curran.

“We won’t get carried away because we know we have to face these guys again in five weeks’ time and it’ll be a very different Galway team.

“Next weekend (against Cork) is going to be a serious battle for us. It could be a reality check and we could get brought back to earth fairly quickly.”

Cork needed to fend off a late rally by Waterford to claim their 2-11 to 2-8 victory at Fraher Field, with goals from Bríd and Ciara O’Sullivan key to their win.

“In the finish we were hanging on a bit but the job is done now. Donegal next week so we’ll rest up and get ready for that,” said Cork manager Ephie Fitzgerald.

Mayo were very impressive winners over Westmeath with goals from the Needham sisters Tara and Ciara in their 4-18 to 0-6 win, while Siobhan Killeen and Caoimhe O’Connor’s strikes gave Dublin victory over Tipperary.

The TG4 All-Ireland champions claimed the win over Tipperary thanks to goals from Siobhan Killeen and Caoimhe O’Connor, although injuries to Aishling Moloney and Emma Morrissey severely hampered Tipp’s hopes.

“We set our goal to get to the semi final and to get to have four games. Then when you get there you are trying to be successful. We are just delighted to have gotten the fourth game,” said Bohan.

“The group we are moving into, it could be anything. It’s quite ironic with the championship draw that Galway and Donegal are part of that format. We will be seeing plenty of each over the coming months.”

Meanwhile, Westmeath will play Tipperary in the Division 1 relegation play-off, with the losers of that tie set for Division 2 football in 2022.

“From my point of view, it is hard to be pleased with a large deficit loss but if I was to take from an attitude and a commitment and a pride point of view, I couldn’t ask for anymore,” said Tipp boss Declan Carr.

“Especially incurring two injuries to key players after a minute and four minutes, it was a massive blow and their attitude was reflected in that they kept going. I couldn’t ask for anymore, I was very pleased.”

In Division 2, meanwhile, it will be Kerry against Monaghan and Cavan versus Meath in next Saturday’s semi final, while Wexford and Tyrone will contest the relegation play-off.

Louise Ni Mhuircheartaigh scored a first-half hat-trick for Kerry, who were 6-14 to 2-7 winners over Wexford at Fitzgerald Stadium. Cavan edged past Armagh by 2-12 to 1-14, to top Division 2B, while Monaghan stormed to a 5-15 to 1-11 win against Tyrone. In the late game, Meath stormed past Clare thanks to a dominant first half, ending up 4-18 to 0-5 winners at Páirc Tailteann.

The Division 3 semi-final pairings will see Sligo play Kildare and Laois up against Roscommon, with Fermanagh and Wicklow set to lock horns in the relegation play-off.

In the all-Connacht tie Sligo edged past Roscommon by 0-13 to 0-11, while Down condemned Fermanagh to the relegation play-off following their 1-17 to 2-12 win.

Kildare left it late to tie up their 0-10 to 0-9 win over Longford, while Wicklow’s 2-9 to 1-11 win over Laois wasn’t enough to avoid the relegation play-off.

And in Division 4, it’ll be Leitrim against Limerick and Offaly against Louth in the semi-finals. Today there were wins for Louth over Derry, Leitrim score five goals in victory against Antrim, while Limerick edged into second place in Division 4B with their 2-6 to 0-8 win over Carlow.