FOOTBALL: ““We played Dublin in the league semi final and we got a fair lesson there”- Michael Moyles 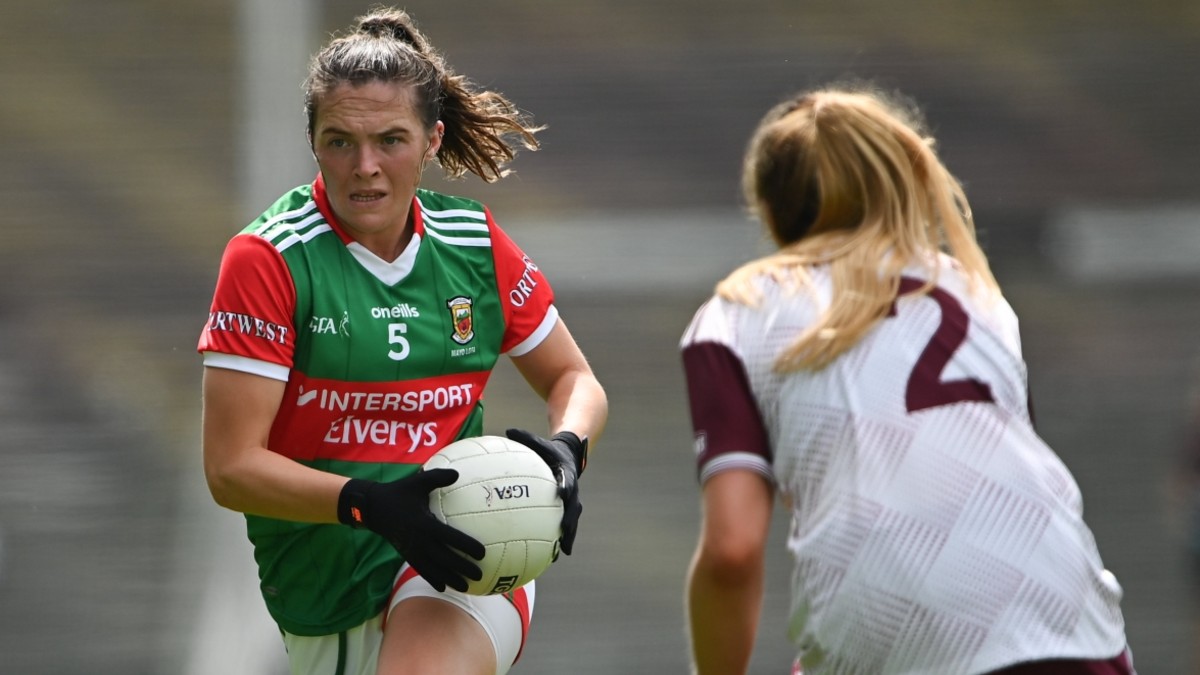 By DARAGH SMALL (Tamara O’Connor of Mayo in action against Laura Ahearne of Galway in Castlebar. Photo by Piaras Ó Mídheach/Sportsfile)

Mayo manager Michael Moyles says his side will be primed for a crack at champions Dublin after Mayo powered past neighbours Galway to reach the TG4 All-Ireland SFC Semi-final.

Mayo had already defeated Gerry Fahy’s side in the league this year but after wins over Donegal and Kerry, Galway were fancied to reach a fourth-straight semi final.

However, Mayo raced into an early lead and were 1-10 to 0-5 ahead at half-time. And despite Mairéad Seoighe’s second-half goal Mayo held on to take their place in a final-four clash with reigning champions Dublin.

“We played Dublin in the league semi final and we got a fair lesson there,” said Moyles.

“We have two weeks to prepare, we set out to get out of the group. This is kind of bonus territory for us but we will be preparing very well for it.

“We did very well in the last two or three minutes on our game management. Usually there would be a tendency to go for another point but we kept the ball very well.

“For the girls that stepped in, you see Saoirse Lally getting player of the game, she is a very young player. It’s the likes of those players that are going to lead this thing out.”

Mayo were playing for the fourth week running but looked the fresher side and took a 0-5 to 0-2 lead at the first water break.

The goal arrived in the 23rd minute when Cafferky pushed forward from midfield and drove her shot low past Dearbhla Gower. Cafferky also scored the final point of the half, which underlined Mayo’s dominance ahead of the interval when they led by eight points.

Mayo raced into a 1-13 to 0-7 lead by the 41st minute, but the Galway comeback took shape in the final quarter and Seoighe combined brilliantly with Ailish Morrissey to score an inspirational goal in the 45th minute.

Two points from Louise Ward, and efforts from Morrissey and Seoighe could have rescued the game, but Galway missed a few chances, before Lisa Cafferky put the result beyond doubt in the 59th minute.

“There is no doubt Galway are always going to be competitive at this level and they will be in the future again. Today just wasn’t our day,” said Galway manager Gerry Fahy.

“There is tremendous players in Galway and they are getting harsh lessons, some of these younger players coming through. You would hope it will stand to them.”