FOOTBALL: “We were just buzzing for the match today” – Sinéad Aherne 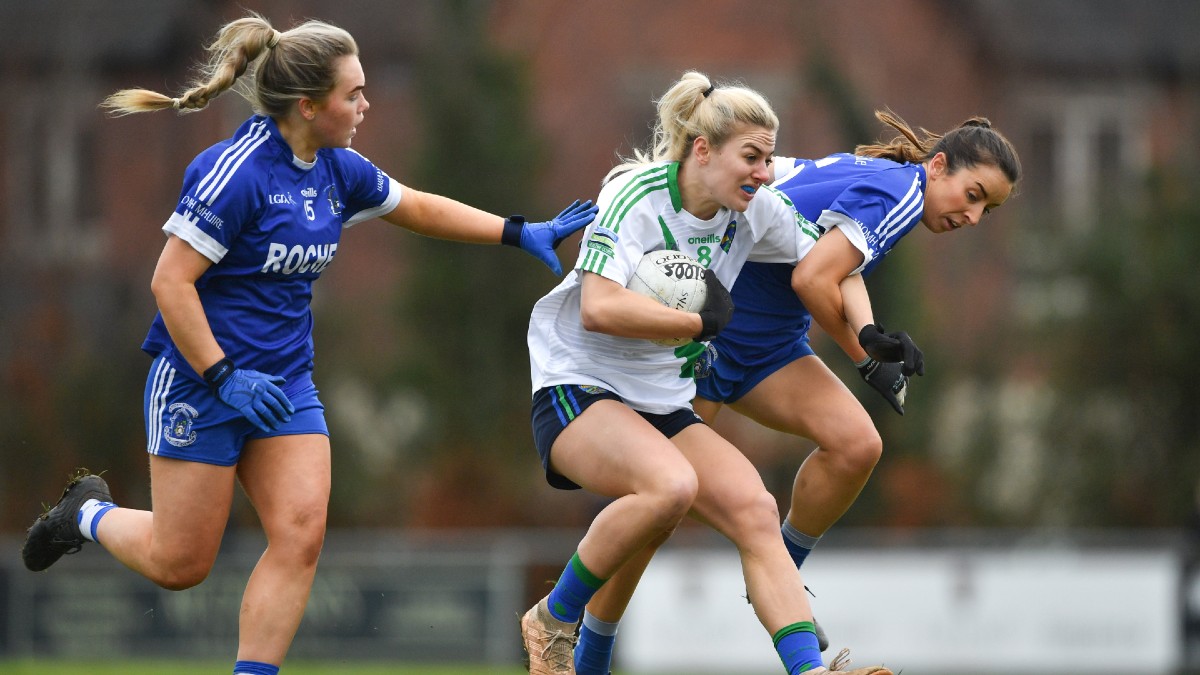 The star-studded Leinster champions got the better of London outfit Holloway Gaels earlier this month and Aherne believes that helped give them the edge in the final four.

A 4-11 to 2-5 victory for Syl’s against the Fermanagh champions has set up an All-Ireland final meeting with Castlebar Mitchels of Mayo on the weekend of February 5/6.

On Saturday, Mitchels got the better of Castleisland Desmonds from Kerry in a thrilling match in Castlebar, while it was a more straight forward victory for St Sylvester’s.

Anthony Cooke’s side were backboned by Dublin All-Ireland winners and it was Aherne who really came to the fore, as she shot 2-5 over the hour at Gaffney Park.

She opened the Sylvester’s account inside the first minute with a goal and they raced into a big 3-7 to 1-3 half-time lead. Emma Sullivan scored another goal while Aherne doubled her tally.

And although Aine McManus scored a goal, Kinawley already had a mountain to climb. Katie O’Sullivan and Joanne Doonan traded goals in the second half but Sylvesters cruised into the final.

“We probably had the benefit of a game, having played a quarter-final a couple of weeks ago. Training after Christmas was a bit disjointed with all the Covid stoppages and everything,” said Aherne.

“To get that game under our belt, we were just buzzing for the match today. We’re happy with the win but very much looking forward to the final and hopefully we give it a good go.”

Mayo and Connacht champions Castlebar Mitchels were the first team to book their place in the intermediate decider after a hard-fought 3-7 to 2-7 victory.

Laura Brody, Niamh Hughes and Danielle Caldwell scored three goals directly after the last water break to leave the hosts ten points ahead. But Castleisland Desmonds rallied and a couple of late goals from Amy Curtin and Julia Ann Twomey almost resulted in an unlikely comeback.

“Everybody’s legs were about to go in the last few minutes but nobody gave up and all the training we’ve done in the last year, we were fit and strong and that showed in the end,” said Mitchels captain Lisa McManamon.

Meanwhile, the 2021 currentaccount.ie All-Ireland Junior Club Championship Final will be contested by St Judes and Mullinahone over the weekend of February 5/6.

St Judes beat Carrickmacross and Mullinahone got the better of St Brendan’s in Sunday’s semi-finals.

Aisling Gannon and Niamh Kerr fired the crucial goals late on in St Judes’ 3-9 to 0-11 success while it was Lorraine O’Shea who made the difference with her goal in a 1-6 to 0-6 victory for the Tipperary champions.