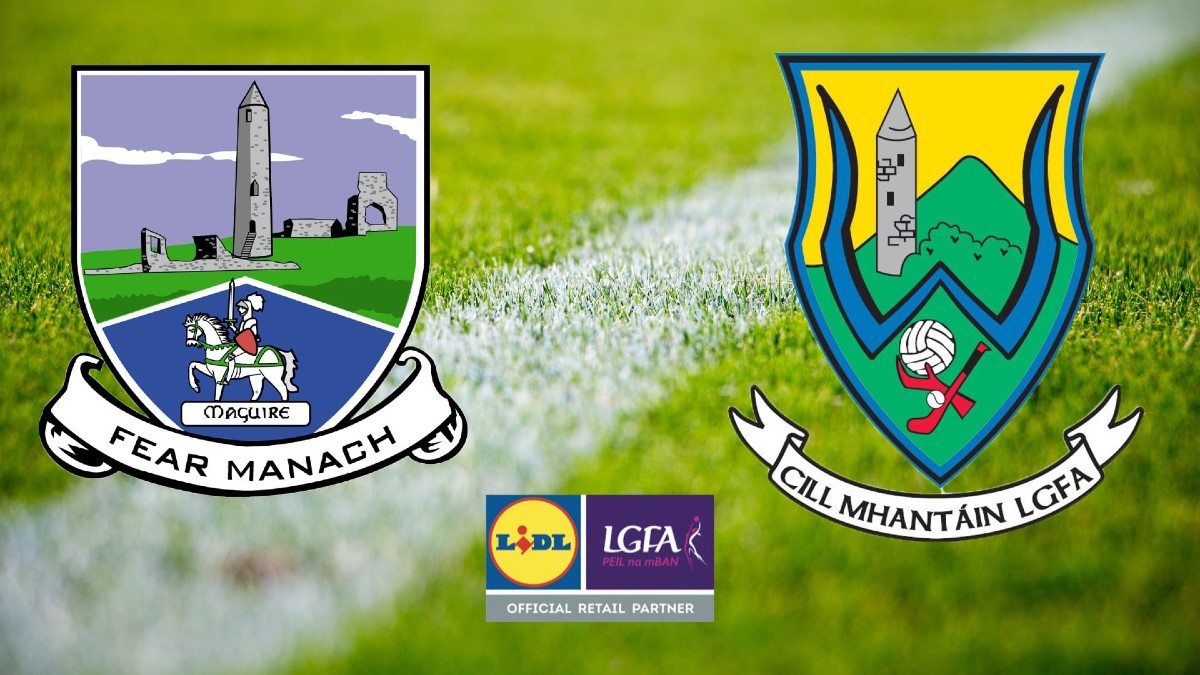 Tyrone and Wexford clash in a fight for Division 2 survival (Lannleire, 2pm), while Wicklow and Fermanagh will aim to maintain Division 3 status when they collide in Kinnegad (2pm).

Both games will be available to view on the LGFA’s dedicated Lidl National League portal: https://page.inplayer.com/lidlnfl/

The weekend action begins this evening (Friday) at the Athletic Grounds when Armagh and Monaghan clash in a TG4 Ulster Senior Championship semi-final (7.30pm), with the winners of this one to face Tyrone in the last four.

On Saturday, it’s the turn of Cavan and Donegal, who meet at Kingspan Breffni at the semi-final stage (5pm).

Both of these games will be available to view via BBC Sport live-streams.

A crucial battle for survival awaits both sides – with Division 2 football on offer again for the winners in 2022, while the losers will make the drop to Division 3.

Both counties finished bottom of their respective pools in the group phase of the competition – with Tyrone finding the going tough against Ulster rivals Cavan, Monaghan and Armagh.

The Red Hands lost their League opener by just a point to Armagh, before losing out by seven and 16 points respectively at the hands of Cavan and Monaghan.

Wexford finished rock bottom of Division 2A after suffering defeats to Kerry, Meath and Clare, and finishing with a -53 scoring difference.

On a weekend when the TG4 Ulster Senior Championship gets underway, Tyrone have pressing League matters to attend to before they switch focus to Championship.

A repeat of the 2020 TG4 All-Ireland Junior Championship Final lies in store here as Fermanagh and Wicklow battle it out for survival in Division 3.

This clash also pits Fermanagh, the 2019 Division 4 winners, against Wicklow, who won that crown in 2018.

Both sides will be anxious to avoid a return to the bottom tier and while Wicklow beat Laois in the group stages, losing out to Kildare by just a point, and Longford by two, plunged them into a relegation play-off.

Fermanagh lost all three of their games in the group phase – against Roscommon, Sligo and Down – but while Wicklow might start as favourites for this one, the Erne County carried the underdogs mantle with ultimate success into last December’s All-Ireland Final.

They’ve met in the Lidl National League already, they’ll meet this evening in the TG4 Ulster Championship, and they’re together in the same group for the forthcoming TG4 All-Ireland Senior Championship.

This is a very interesting rivalry between Armagh and Monaghan, who also clashed in the Ulster Senior Final last December, a tie won by Armagh by just two points.

Armagh will have been disappointed not to make the knockout stages in Division 2, while Monaghan were left heartbroken by a shoot-out defeat to Kerry in a dramatic semi-final.

A win for either side this evening would boost confidence levels significantly ahead of next month’s group clash in the TG4 All-Ireland Championship – and there will be little to separate them again.

Monaghan won by just a single point when the sides met in the League – and this evening’s winners are due to play Tyrone in the last four in the province.

Cavan showed excellent form during the group stages of the Lidl National League, topping Division 2 with three wins from three, before losing out to Meath at the semi-final stage.

They’re in a tough TG4 All-Ireland Championship group alongside Armagh, Monaghan and Mayo, but they’ll quietly fancy their chances after defeating both Armagh and Monaghan in the League.

Before all of that, Cavan have the chance to reach a TG4 Ulster Senior Final, but they won’t get it easy against Donegal.

Maxi Curran’s visitors to Kingspan Breffni were one of the League’s form teams, as they scored Division 1 victories over Mayo, Galway and Westmeath to reach the last four.

Cork beat them at the semi-final stage, however, and now Donegal’s thoughts are firmly focused on provincial and All-Ireland Championship assaults.