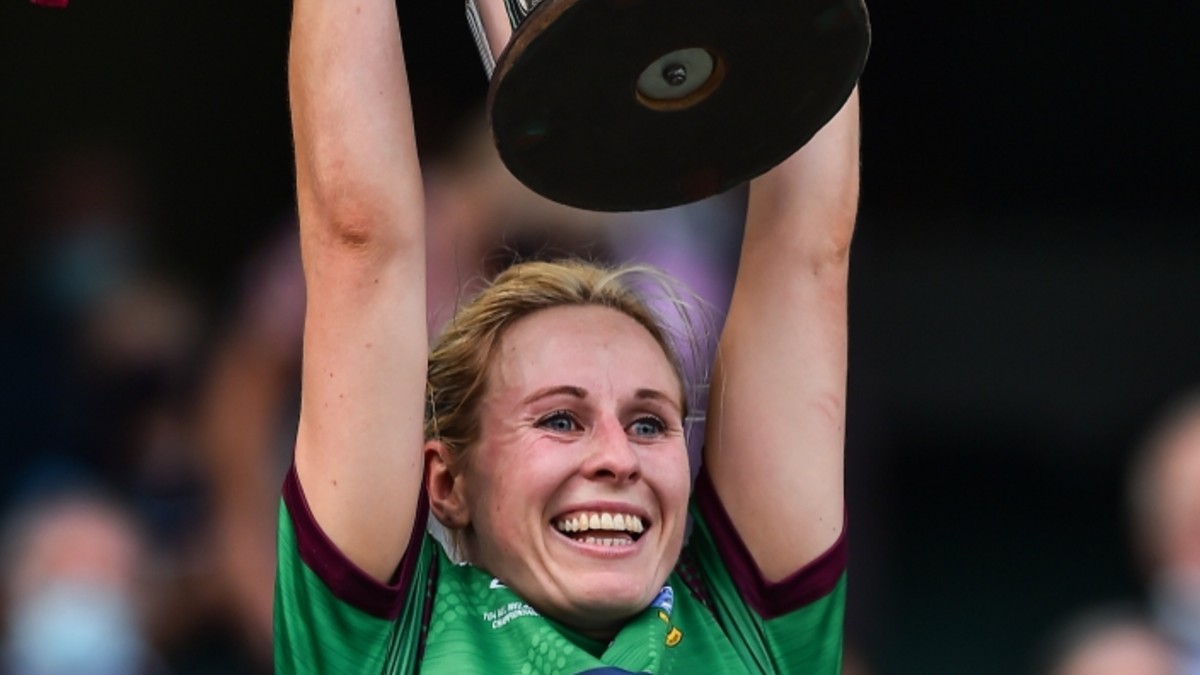 Sarah Dillon and Anna Jones scored 1-6 each as Westmeath were crowned TG4 All-Ireland Intermediate champions thanks to a convincing victory over Wexford at Croke Park.

Westmeath lost out to today’s Senior finalists Meath in the 2020 decider but they bounced back in style to claim the Mary Quinn Memorial Cup and Senior status for 2022.

Sean Finnegan’s side were 2-11 to 0-3 in front at the half-time interval after goals from Leona Archibold and Lucy McCartan. And there was no comeback from Wexford as further goals from Sarah Dillon and Jones saw Westmeath power to victory.

Westmeath were in front by the second minute when Sarah Dillon struck but she could have had a goal shortly afterwards. Fiona Claffey and Ciara Blundell created the opening only for Sarah Merrigan to pull off a brilliant save in the Wexford goal.

Westmeath looked dominant and points from Jones and Tracey Dillon widened the gap before Sherene Hamilton scored Wexford’s first point from wide on the right in the eighth minute.

The teams traded scores before Merrigan produced another excellent save to deny Ciara Blundell from point-blank range.

Westmeath were 0-5 to 0-2 ahead but the game soon turned further in their favour. Loren Doyle pulled down Sarah Dillon for a penalty and Archibold stepped up to blast the ball into the top left corner in the 16th minute.

Westmeath were already six points in front at the first water break and just after the restart McCartan found herself in space and fizzed another sensational shot into the roof of Merrigan’s net.

From there Westmeath scored all but one of the seven points before half-time, Jones and Sarah Dillon helped themselves to two each and they led by 2-11 to 0-3 at the break.

Sarah Dillon scored the first three points of the second half and Westmeath took a 2-16 to 0-5 advantage into the final quarter.

After conceding a penalty late on Merrigan was shown a yellow card and captain Aisling Murphy went into the Wexford goals before stopping an Aoife Connolly strike, but Westmeath had plenty in the tank.