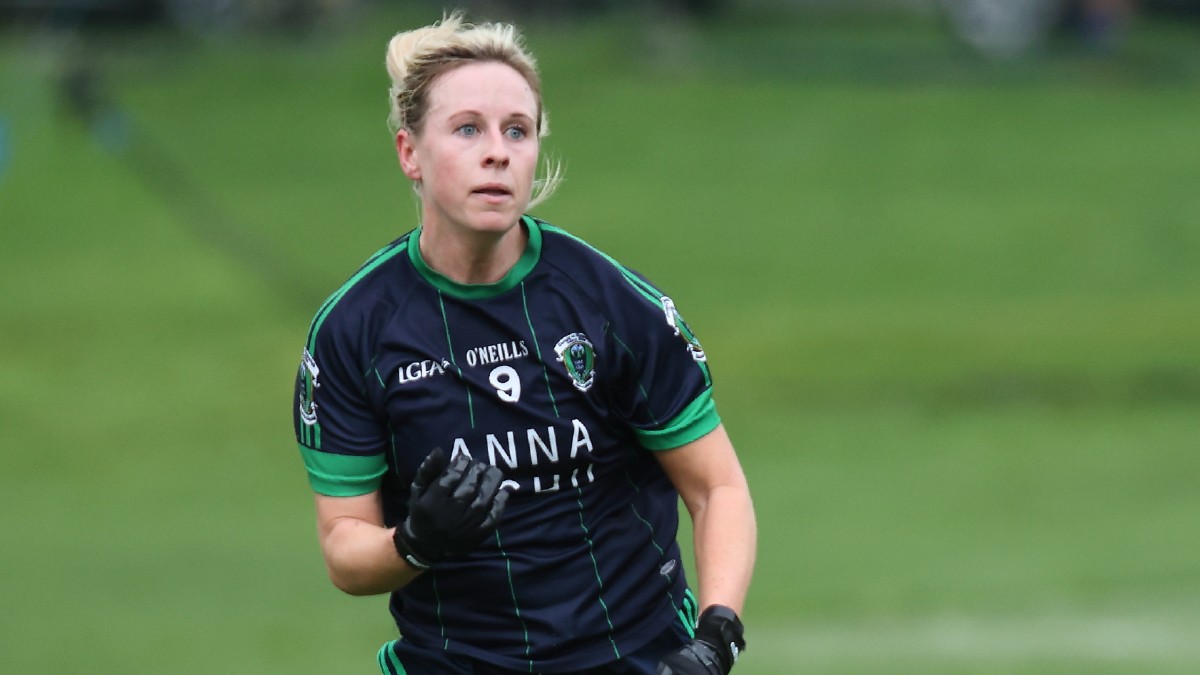 Westmeath native Fiona Claffey has already lifted one major trophy this year but says it would mean the world to win another county title with her adopted Foxrock-Cabinteely in the Dublin Go-Ahead senior football championship final on Friday night. (Photo – Fiona Claffey (c) gaapics.com & Dublin LGFA)

Champions for the past six seasons, Foxrock-Cabinteely will put their title on the line against Na Fianna in the final which will take place at Parnell Park on Friday night (7.30pm).

But she had to turn her attention right away to club duty with her beloved Foxrock-Cabinteely. There was little time to process and enjoy the inter-county success but Claffey is delighted to have the chance to add to her medal haul.

At club level, Claffey has already won seven Dublin SFC titles but this would be her seventh successive victory in Dublin’s showpiece event. And it would be just reward after a busy period.

“It was a very intense few months because we went all the way to the All-Ireland final with Westmeath,” said Claffey.

“Then the following Wednesday we had the 2020 Leinster final with Fox-Cab. It was straight back to club and championship started the following week. It has been pretty busy alright.

“There is still a bit of a buzz around. We didn’t get the cup straight away with Westmeath, we got it a couple of weeks after the game so that re-lifted the buzz. I enjoyed it, it is important to enjoy victories like that. They don’t come around too often.

“At the same time it was head back down to club as well. It was still possible to enjoy both and focus on championship then with Fox-Cab.”

The 34-year-old hails from Ballinagore just outside Kilbeggan in County Westmeath. She works as an accountant with the National Treasury Management Agency (NTMA) in Dublin and that pointed her in the direction of Foxrock-Cabinteely. She never looked back.

“It means everything. The Dublin senior championship is so competitive. Every year there are different teams pushing. The variety of sides we played in the finals over the last number of years says it all,” said Claffey.

“Na Fianna is going to be a huge challenge now this Friday. They beat us last week. We had a really tough championship game against them last year as well. It would mean the world to win it because it is going to be a hard fight to win. It means everything.”

And after their humbling 1-10 to 2-6 defeat to Na Fianna they certainly won’t be taking the 2014 county champions for granted at Parnell Park.

“That’s the first championship game we have lost since Na Fianna beat us in the final in 2014,” said Claffey.

“You can really see there is a real hunger in their team. They have got some fantastic players, a real well-rounded team. Their backline is strong, they work hard and then they have some great forwards.

“Hannah Tyrrell is phenomenal for them. She really stood out the last day, and the likes of Lucy Collins and Leah Caffrey.

“You can really sense they have a hard-working bite to them. There is a real buzz around the way they pay. It is going to be a really good game.”

— Fiona Claffey was speaking ahead of the Dublin LGFA Go-Ahead senior football championship final between Foxrock-Cabinteely and Na Fianna which will take place at Parnell Park this Friday (October 29) at 7.30pm.