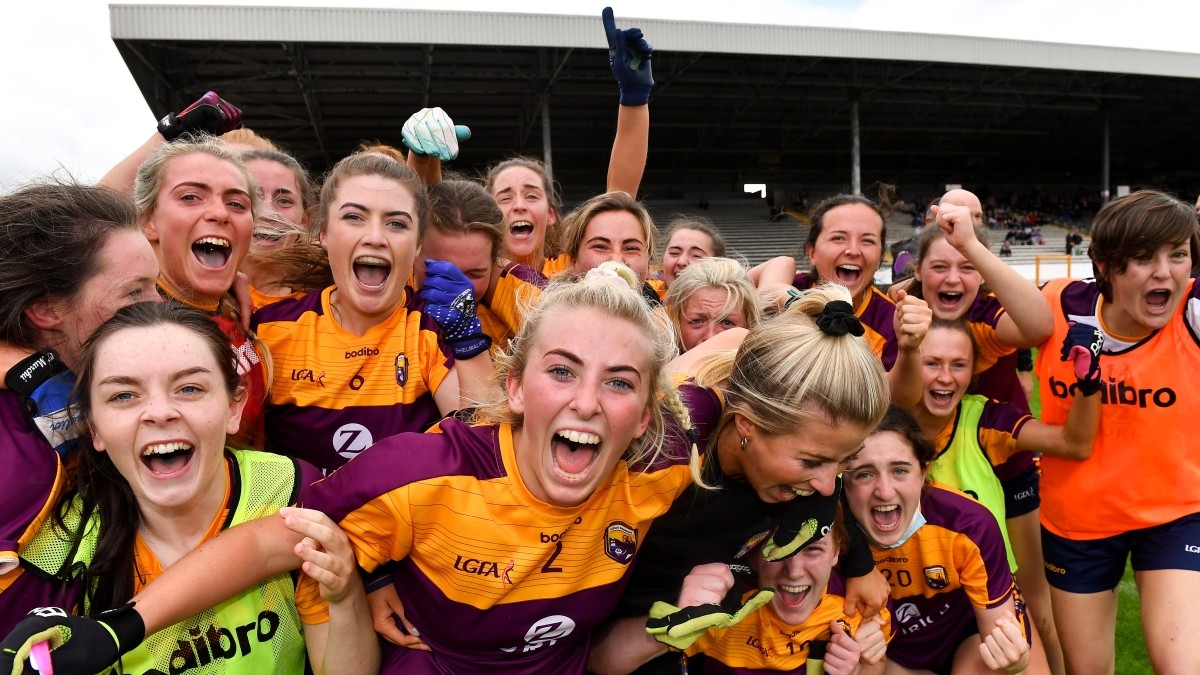 Wexford are through to their first TG4 All-Ireland Intermediate Final since 2007 as they defeated a fancied Laois by two points in Nowlan Park thanks to goals from Caitriona Murray and Aisling Murphy.

Lizzy Kent’s charges will take on Westmeath in the decider in Croke Park on 5 September following this pulsating battle.

Wexford built up a lead in the first half when they had the wind and they led by five points as the teams entered the closing stages of the game.

Laois hit back though and managed to cut the deficit to two with the game in second half injury time, but the winning goal they craved never game as Wexford held on.

It completes a remarkable transformation for Wexford who were relegated from the Lidl NFL Division 2 just a few months ago before installing manager Kent as their new boss.

Wexford played with the breeze in the first half and got the game underway with a point from Roisin Murphy.

But Laois soon kicked into life. Erone Fitzpatrick fisted over a point and then a flowing move ended with Eva Galvin smashing the ball to the net from close range.

But Laois’s lead was short lived as Wexford went straight down the other end and Murray scored the game’s second goal. Points from Kellie Kearney and Amy Wilson followed to leave Wexford 1-4 to 1-2 ahead at the first water break.

Wexford took total charge with another three points on the trot through Murray (2) and Hamilton to move them five clear as we entered the final stages of the half.

Points from Fitzpatrick and Anna Healy followed but a couple of Wilson frees gave Wexford the 1-9 to 2-4 advantage at half time.

The decisive score in the second half came just before the water break when Murphy shrugged off Amy Potts and placed the ball into the net to leave the Model County 2-11 to 2-6 ahead.

Laois kept battling until the end and closed the gap to two, but Wexford stood firm to seal their All-Ireland final spot, with Westmeath waiting in the decider.