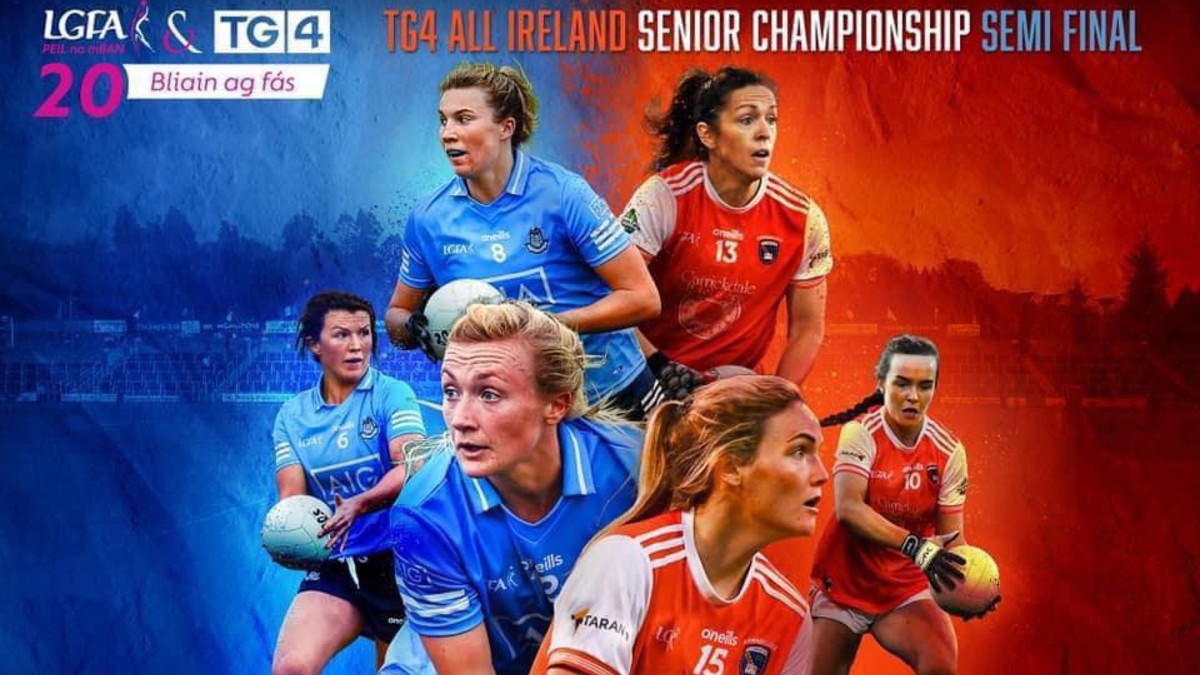 WILL it be a seventh straight TG4 All-Ireland Senior Final appearance for Dublin – or Armagh’s first since 2006?

All will be revealed at Kingspan Breffni on Saturday (4.30pm – Live on TG4) as the two counties battle it out for a Final slot at Croke Park on December 20.

When the dust settles on the last-four tie in Cavan, the winners will await Cork or Galway in the Brendan Martin Cup decider.

ARMAGH and Dublin clash in Senior Championship football for the first time in five years.

Back in 2015, Dublin won a Senior semi-final by 11 points at Parnell Park, and that was the second successive year that Armagh had fallen at the penultimate hurdle.

To reach a first Final since 2006, Armagh will have to stop Dublin, who are aiming for a seventh straight decider and a fourth successive title.

It’s a daunting task for Armagh but they pose a genuine threat and the Orchard County racked up 10-28 in two group games against Tyrone and Mayo.

Aimee Mackin has been simply sensational to date, registering 3-13 across the course of those two games and turning in successive Player of the Match displays.

Captain Kelly Mallon has also been humming in attack, with 2-6 to her name, while Aoife McCoy bagged a hat-trick of goals in the Tyrone opener.

Dublin topped their group with victories over Donegal and Waterford – winning the first game against the Ulster outfit by three points, before defeating the Déise by four.

Skipper Sinéad Aherne is Dublin’s leading scorer with 1-12, and the Sky Blues have had 12 different scorers across the course of their two matches.

While Armagh might be reliant on the scoring prowess of Mackin and Mallon, with evergreen Caroline O’Hanlon pulling the strings, Dublin have the ability to pop up with scoring contributions from all over the pitch.

A fascinating fixture lies in store and the reward for the winners is a crack at Cork or Galway at Croke Park on Sunday, December 20.

Dublin have All-Stars Sinéad Goldrick and Siobhán McGrath, the 2019 Senior Players’ Player of the Year, back in their starting line-up, while Armagh are unchanged from the team that accounted for last year’s semi-finalists Mayo.