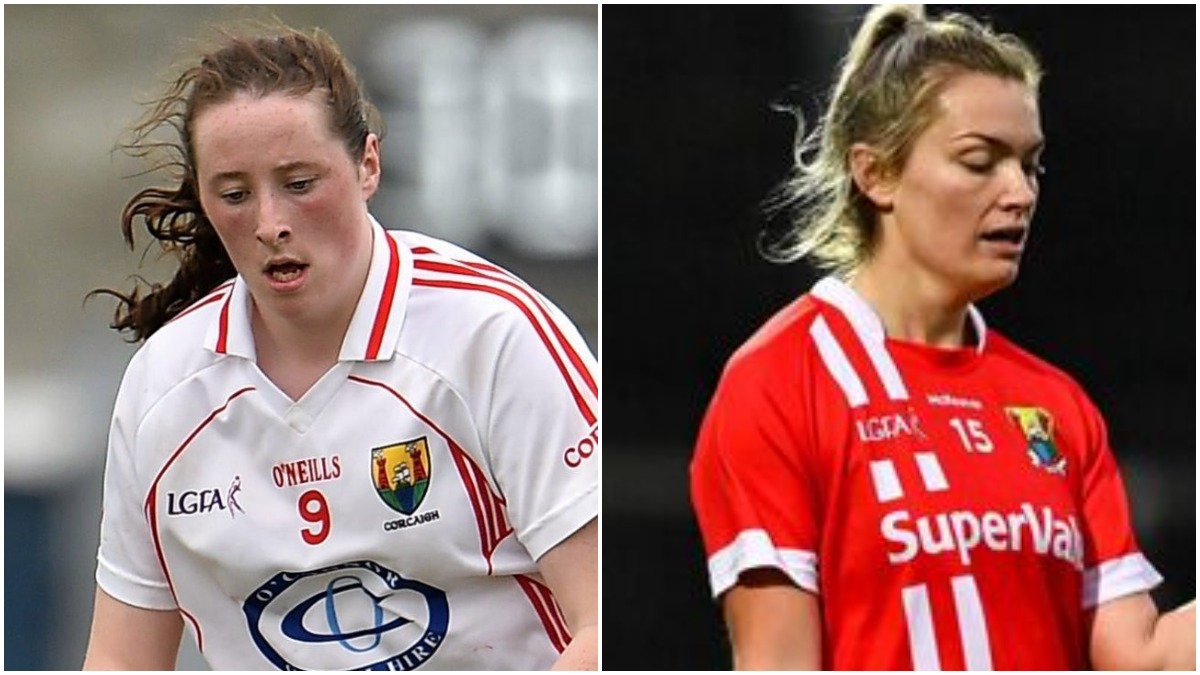 Áine Terry O’Sullivan scored a hat-trick and Saoirse Noonan hit two goals as Cork set up a TG4 All-Ireland Senior Semi-Final with Galway after a comprehensive victory over Cavan at O’Connor Park, Birr.

Ephie Fitzgerald’s side will face last year’s finalists on Sunday, 6 December, after they added to their win over Kerry to secure top spot in Group 1 and their place in the knock-out stages.

Cork were sharp from the start in Birr and inside 30 seconds Orla Finn had them in front with Áine Terry O’Sullivan doubling their lead from the restart.

Cavan were awarded a penalty three minutes in when Geraldine Sheridan was fouled by Eimear Meaney, and Lauren McVeety gave Martina O’Brien no chance with a well struck kick.

Two minutes later Cork were back in front when Doireann O’Sullivan was fouled and Noonan slotted home a Cork penalty with style to make it 1-2 to 1-0.

Áine Terry O’Sullivan was very impressive throughout for Cork and she claimed their second and third goals to stretch their lead out to 3-3 to 1-1 at the water break.

After the resumption Cavan were the better side and gained possession from the restart and a defensive mix-up let Geraldine Sheridan in for their second goal.

Both sides missed a number of chances before Aishling Sheridan set up Gilsenan for a point for Cavan with 24 minutes gone. The only other score of the first-half came in the last minute when Finn pointed from a free as Cork led 3-4 to 2-2 at half-time.

Noonan increased Cork’s lead, with Gilsenan replying from a free for Cavan. Doireann O’Sullivan added to Cork’s advantage, before two goals in two minutes put the game beyond doubt.

The first was an absolute rocket from Noonan from 20 yards out, which flew into the top corner, and gave Cavan keeper Elaine Walsh no chance. Two minutes later, Finn mis-hit a free and it dropped into the back of the net to make it 5-6 to 2-3 with 40 minutes gone.

A superb Cork move involving Ciara and Doireann O’Sullivan, set up Áine Terry O’Sullivan for her third and Cork’s sixth goal, with Noonan adding a point from the restart.

Substitute Sadhbh O’Leary got Cork’s seventh goal with her first touch after coming on and with 54 minutes gone Doireann O’Sullivan made it 7-9 to 2-4 as Cork march on to the last four.