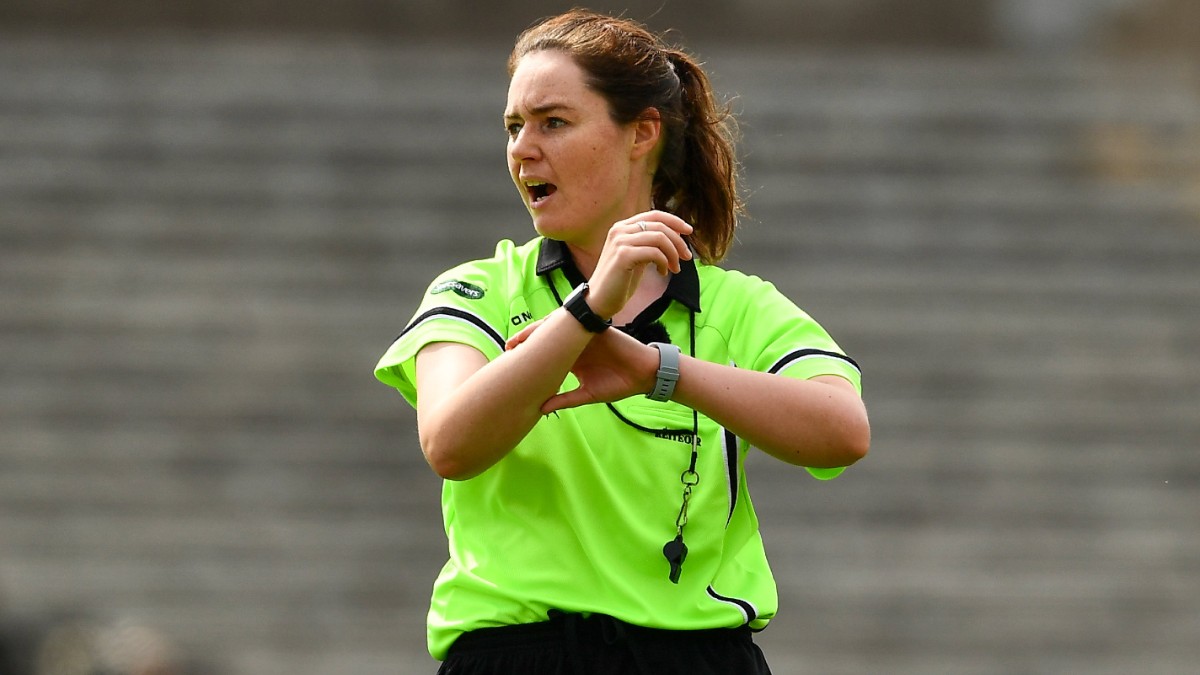 THE Ladies Gaelic Football Association has announced the match referee and officials for the 2020 TG4 All-Ireland Junior Championship Final, to be played at Parnell Park, Dublin, on Saturday, December 5.

Donegal’s Siobhán Coyle will take charge of an eagerly-anticipated clash between Fermanagh and Wicklow, with the game scheduled for a 4pm throw-in, and live on TG4.

Siobhán, from the Fanad Gaels club in Donegal, is a primary school teacher at Scoil Mhuire Gleneely, Inishowen, and she has been refereeing since 2011.

Siobhán graduated from the LGFA’s Referee Academy to join the national panel two years ago, and she took charge of the memorable 2019 All-Ireland Junior Club Final between Donaghmore (Cork) and CL MacHale Rovers (Mayo).

Among Siobhán’s 2020 assignments to date were the Division 1 Lidl National League clash between Dublin and Waterford, the Donegal Senior Championship final, won by Glenfin against Termon, and the recent Antrim v Derry fixture in the group stages of the TG4 All-Ireland Junior Championship.

This will be Siobhán’s first experience of refereeing a TG4 All-Ireland Final and, reacting to the news of her appointment, she said: “I’m really looking forward to it – it’s a huge honour.

“I’ll try to prepare the same as I always do – and it should be a high-scoring, open and free-flowing game between Fermanagh and Wicklow.”

The LGFA has also confirmed the full team of the match officials for the junior decider.

Dublin’s Lorraine O’Sullivan is the stand-by referee, Donegal’s Sinéad McHugh will be the 4th official, and the linespersons are Mags Doherty (Wexford) and Yvonne Duffy (Cavan).