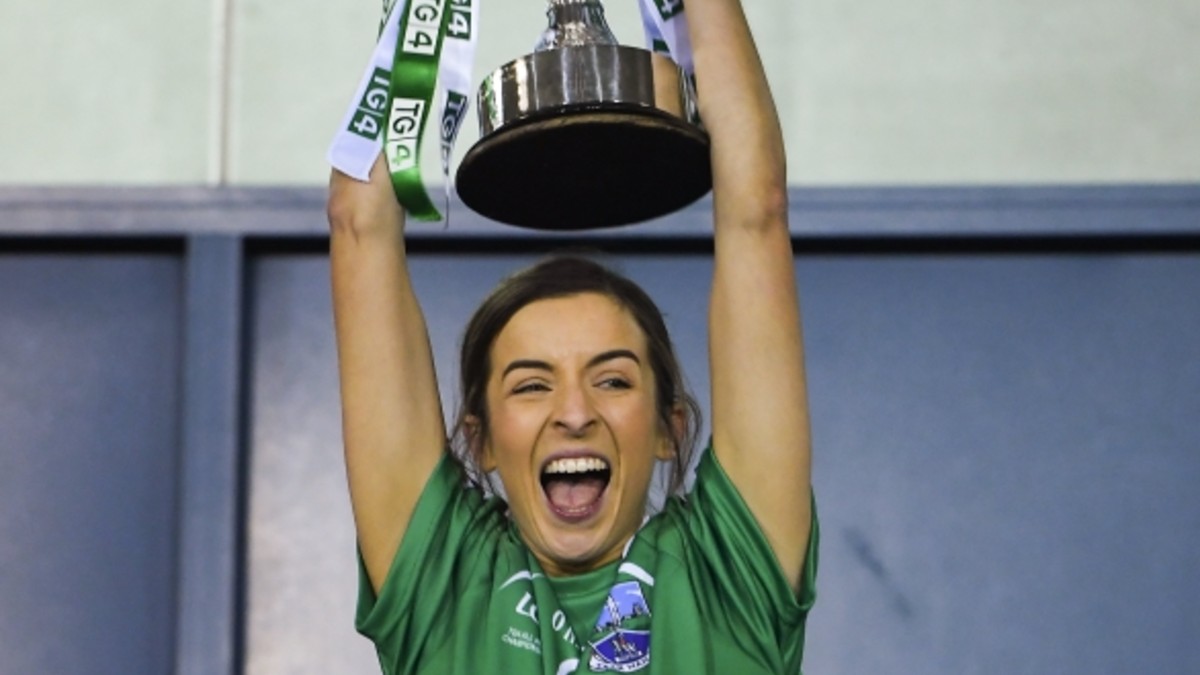 Róisín McDonald also hit the net in the first minute for Fermanagh, who put last year’s final loss to Louth behind them and as a result they will make their return to the Intermediate grade in 2021.

Wicklow were always playing catch up in this game at Parnell Park and they were never ahead, but with Marie Kealy in excellent form they managed to draw level in the second half, only for Smyth’s goal to finally shake them off.

But Fermanagh also need the late heroics of goalkeeper Shauna Murphy, who denied substitute Sinéad McGettigan with a super save a minute from time, while she also batted away Kealy’s late free to clinch the win.

There were doubts surrounding the fitness of Fermanagh captain Courteney Murphy all week, so it was no shock to see her withdrawn at the last minute, with Sarah Jane Jones starting in her place. And despite the blow Fermanagh blasted into the game and only 20 seconds had elapsed when Aisling Maguire’s pass allowed McDonald to palm to the net.

Immediately Aoife Flanagan kicked a point for Fermanagh who were 1-1 to 0-0 ahead after a minute and a half, but Wicklow were thankful for a Meadhbh Deeney free, which settled them after that rocky beginning.

Stopping Fermanagh’s threatening full-forward line was central to Wicklow’s hopes of survival, and after Joanne Doonan and Smyth both landed tricky points from play, Fermanagh looked to be totally dominant.

But between the seventh and 15th minutes Wicklow kicked four unanswered points, including two excellent scores from the right by captain Laura Hogan, which made it 1-3 to 0-5.

Wicklow will look back at that period of dominance and feel they should have converted more of their chances, and when Doonan showed Sarah Hogan a clean pair of heels, Fermanagh moved two clear again.

Kealy had found the target for Wicklow earlier in the half, but crucially the Fermanagh goal survived when her shot crashed back off the post three minutes from the break. Instead of finding themselves in arrears, Fermanagh launched a counter attack, which resulted in a Sarah McCausland point, while Smyth added a free before the break for a 1-7 to 0-6 interval lead.

A year on from their relegation from Intermediate, Wicklow were desperate to make an immediate return, and when Kealy and Laura Hogan combined to score the first four points of the second-half, they had cancelled out Fermanagh’s first-half lead.

But the loss of midfielder Aoife Gorman to the sin bin after 40 minutes was a big setback, and after Smyth gave Fermanagh the lead again, Doonan turned over the next kick out and sent Smyth in on goal. Her finish was low and ruthless.

Wicklow were 2-8 to 0-10 behind with 13 minutes remaining, but faced with Fermanagh’s excellent defence they only managed another two points. The closest Wicklow came to pulling level was through McGettigan, but her shot was turned around the post by Shauna Murphy and the Ulster side claimed the honours.