LADIES FOOTBALL: ‘I can’t remember them ever not being there. If we were going playing tiddlywinks they’d go.’ – Ballymacarbry joint captain Aileen Wall 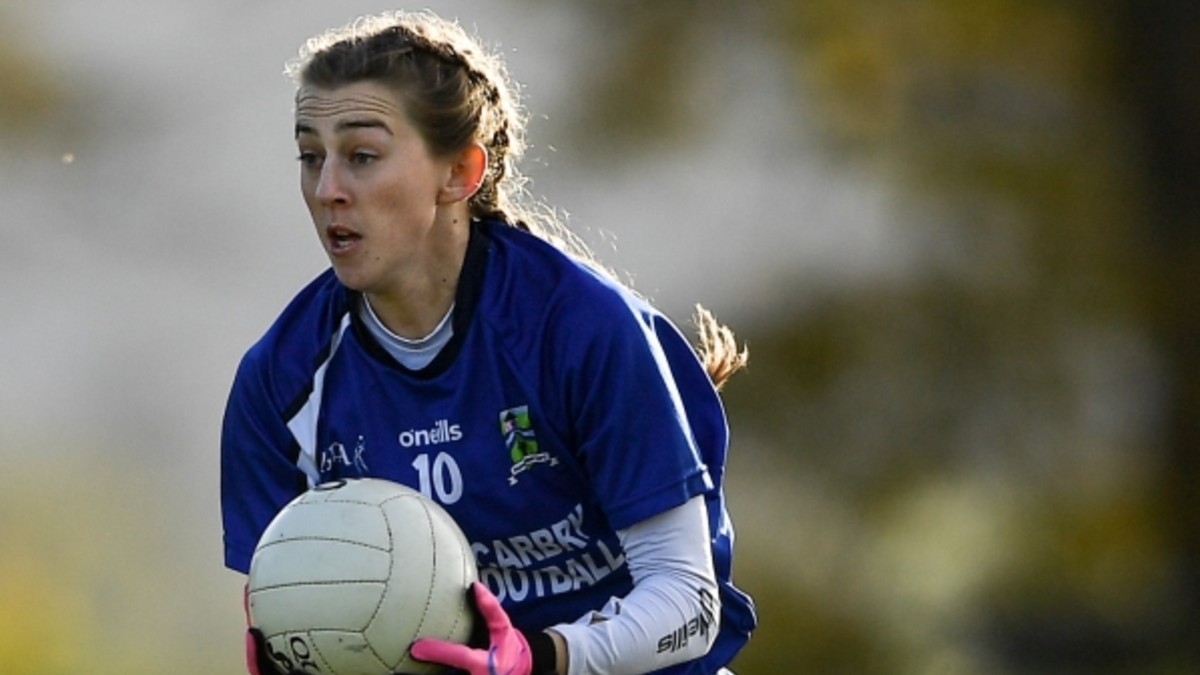 With 12 Waterford SFC medals in her pocket, Aileen Wall is well used to winning county finals, but as Ballymacarbry aim to win a mind boggling 39th Waterford title in-a-row, joint captain Wall is tuned in to the potential pitfalls.

Ballymacarbry take on Stradbally in tomorrow’s (SUNDAY) Déise decider at Fraher Field and as a first-time joint captain alongside Laura Mulcahy, she is determined to maintain the winning run that started 13 years before she was born.

The Michael Ryan-managed side are overwhelming favourites to progress to the Munster championship, but after a close-run thing in last year’s decider against Comeragh Rangers, who were beaten by Stradbally in this year’s semi-final, victory is far from guaranteed.

Check Out The SportsDaz Preview Show By Clicking HERE

“In the last few years, it has been getting closer and closer for us. Seven years ago, we hammered Comeragh Rangers but last year we were behind for three-quarters of the final,” says primary school teacher Wall.

“We expected them to win their semi-final and really challenge us again, so this is going to be no joke. If Stradbally beat them it means they are up for it and going pretty well at the moment.

“That was a big turn up for the books, so we really have to be ready for them now. They’re a totally new challenge for us this weekend.”

Carrying the mantle of annual champions must be a weighty load for everyone in Ballymacarbry. Wall admits the expectation to beat all round them brings its pressures, but so far, the panel has managed to park their success and restart each season with a clear focus.

“There is a pressure there alright. You are not going to be the team that loses, but I suppose you have to put that out of your mind and think that this is the only one we have to win. Nothing else matters, it’s just all about the game on Sunday.

“That roll of honour there is fantastic, it’s a wonderful thing for the club to look back on, but that means absolutely nothing this weekend.

“When we started this year, we didn’t know what would come with the pandemic, but the only thing that was in our minds was to win the 2020 championship.”

She continues: “There are players on the team like Michelle Ryan and my sister Linda, they have played in maybe 20 of those finals, but then there are girls for whom this is their first senior county final. When I started, those 26 years before me didn’t mean anything to me. I was going in and I wanted my first one.

“It’s not a matter of just going out and turning up. People look at that Ballymac have won so many, but what difference does it make? Those 38 are gone now, it’s the one that’s ahead that’s the most important for us. This one is the one that means the most for us.”

As glory filled as Wall’s county championship experience has been, her provincial journey has been the complete opposite. Despite Ballymac being the record 14-time champions, all seven of Wall’s Munster finals have ended in heartbreak.

Last weekend, double All-Ireland champions Mourneabbey lost their first Cork final in seven years, but losing to divisional side, West Cork, means they will still progress to defend their Munster title, which is named in honour of Ballymac manager Ryan.

“To be honest it is not something that we have thought about really. Mourneabbey are very far away from our thoughts at the moment. If you win Waterford, you have to go on and play the Kerry champions. Then you might get a crack at Mourneabbey if they get through their side.

“It was a bit of news that travelled around the group that they were beaten. To know that they are beatable is good. But it’s like us and Comeragh Rangers, they have been getting close to us.

“They are out of our minds right now and Stradbally are the ones. We don’t know a major amount about them, and we have avoided them in real crunch games. They are a young, dangerous team and we are totally focused on them.”

Family and community are the heart of every club in the country and having the Wall clan close will be important this weekend. Aileen’s sister Mairéad remains a key cog of Ballymacarbry and Waterford teams, while her eldest sister Linda – county captain when Waterford won the 2015 TG4 All-Ireland Intermediate title – is also back in the panel this year.

“Linda had a little baby girl last year, but this year she came back for a couple of training sessions to chip in and got hooked again! It’s fantastic that she did come back. She’s not pushing to start, but she’s happy enough where she is and to be there if we need her.

“Mairéad is still playing away too and was involved with the county panel before lockdown too. I presume she’ll carry on – I’d say she’ll give it another lash. It’s brilliant to have them both here.

“Over the last number of years with the three of us involved, my parents haven’t missed a match, ever. I can’t remember them ever not being there. If we were going playing tiddlywinks, they’d go to watch us.

“They haven’t been able to come this year, and that was hard. It is very hard on all the parents of the players, especially the older people that have loved going to the games to see their team.

“We have some supporters that really make a massive effort to get to the games. It will be hard for some of them this weekend, even though we hope some of them get to see the game.

“The game will be live streamed, but not everyone has access to that or knows how to do it. Hopefully, everyone can be helped out and get to see the game somehow.

“And hopefully our own run will continue for the next while. Getting over this weekend is the important one.”