LADIES FOOTBALL: “I know scores win games, but today was about defence, today was a grind” – Finnegan 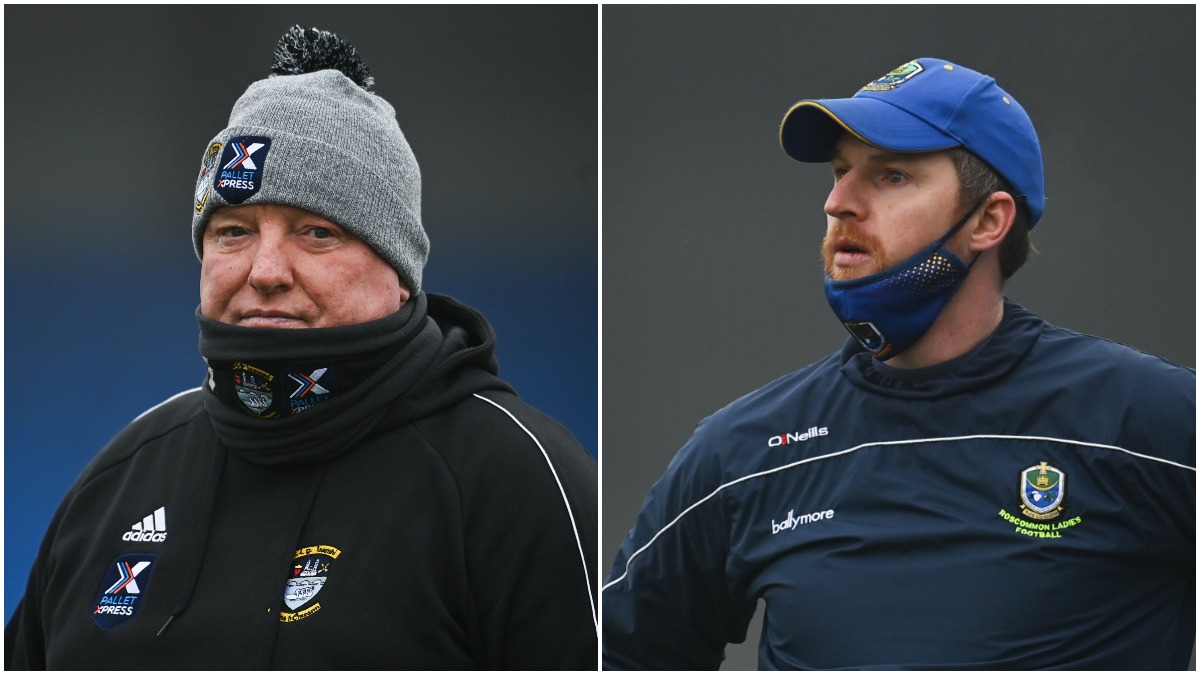 After accounting for their westerly neighbours Roscommon in the last four, Westmeath face provincial rivals Meath in the TG4 All-Ireland Intermediate Final in three weeks’ time at Croke Park.

Ciara Blundell’s first-minute goal and a second from Karen Hegarty in added time at the end of the opening half proved the difference as Sean Finnegan’s side maintained their perfect Championship form with a hard-fought victory at Glennon Brothers Pearse Park in Longford.

Relegated from the Senior ranks last season, Westmeath will make an immediate return to the top flight with their first Intermediate title since 2011, but facing an opponent that has tasted defeats in the last two finals will test Westmeath.

“I know scores win games, but today was about defence, today was a grind,” said Finnegan.

“It was about the battle between the two 45s, and we’re just delighted. A semi-final is a terrible game to play, because the prize at the end of it brings a bit of fear into your play. I thought we played with a small bit of fear today.

“We knew Roscommon would get bodies back, so we worked on holding the ball and killing momentum, but my God they kept coming at us. There were two or three chances at the end there, and as I said to Michael (Finneran, Roscommon manager), there was a flick of a coin in that, we just got the luck.”

Despite the disappointing start, Roscommon bossed most of the first 30 minutes, and with captain Laura Fleming in excellent form from placed balls – she scored eight points in total – they gradually grew back into the game.

Aimee O’Connor and Fleming helped the Connacht side to five straight points and they led by the midway point of the half, but a fortunate goal from Hegarty just before the interval meant Westmeath were ahead by 2-6 to 0-8 at the break.

After the setback Michael Finneran’s side were impressive after the restart and they scored the first three points of the half, which closed the gap to one point, but they could never draw level.

With Leona Archibold and Blundell increasingly influential up front and with Rachel Dillon in charge at the back, Westmeath continued to add to their tally.

Natalie McHugh and top scorer Fleming cut the gap to the bare minimum with ten minutes remaining, but a free from Leanne Slevin meant Roscommon were unable to reel them in.

“It’s a very hard one to take to be honest,” said Roscommon manager Finneran. “I thought the girls were terrific, we did pretty much everything we wanted to do. Its tight margins, a few mistakes on our side cost us and we didn’t get the goals we needed on the other side, but that’s football.

“We did recover, the first goal went in and we scored four or five points on the trot, the second goal went in just before half time and we started the third quarter well. But that does take a lot of energy, and Westmeath are a good team, they were always going to take scores when the game opened up for them.

“Definitely this year we were in it all the way through. The girls will find that one tough to get over because it definitely was there for the taking.”