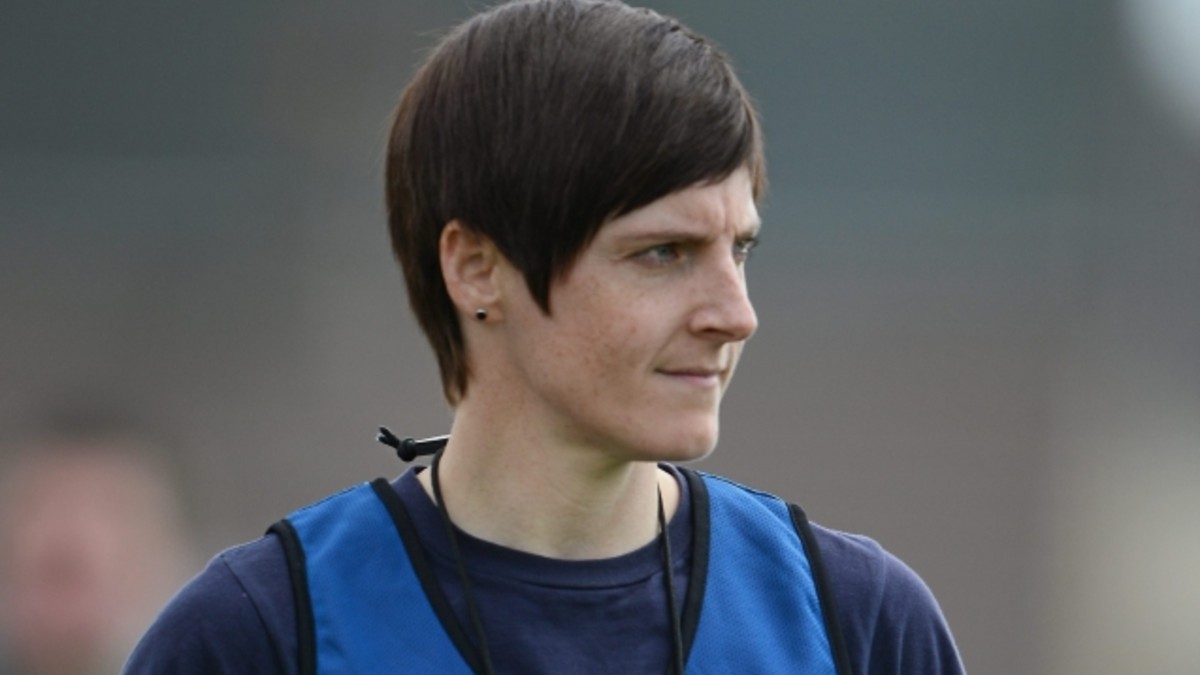 It’s been five years since Diane O’Hora took charge of an inter-county team, but don’t be too surprised if she returns to that level of the game in the not too distant future.

The four-time All-Ireland winner with Mayo showed her pedigree as a coach and manager at the start of the last decade, and with club titles and inter-county success from the sidelines, she is ready to retrace those steps again.

Currently, O’Hora is manager of Dublin club Clanna Gael Fontenoy, who were promoted to the senior grade after winning the Intermediate Championship in 2019.

Covid-19 has had its effects on their squad in 2020 and they have lost a half dozen key players, but O’Hora is confident that the club is on a solid footing for the future.

Between 2012 and 2015 she was involved as an inter-county manager and coach with Longford, Down and Meath. Now that her job in medical device sales is spreading beyond the east, the county scene is calling again.

“I have had offers in the past but I don’t think they suited me. I am based in Dublin, but I work between the West and Dublin a lot more than I did. Travelling is no longer a concern for me,” said O’Hora, who has been involved with Dunboyne in Meath as well as Garda and Clanna Gael in Dublin in recent years.

“I love winning. I have had the best days of my life winning All-Irelands with Mayo. You get a taste for that. Even as a coach you really want to succeed.

“God rest my father, when I think about him being at matches and how proud my parents were, it might sound very nostalgic, but if I get that chance to bring that level of pride to other players, their parents, partners and family, the satisfaction that I’d get from that, it’d be unreal.

“I’ll never forget coming home to Mayo and the excitement after winning. That is actually what motivates me in so many ways, so that other people can get to experience that.”

As a player, O’Hora captained Mayo to their first All-Ireland win in 1999 and she would win another three before she retired in 2009.

Two All-Star awards were also secured in that time, so for one of the country’s most successful players it was no shock that her path led to coaching and management.

In the thick of a Dublin club championship with the club she formerly represented, O’Hora marvels at the changes that have come about in the game, even since she called time on her playing career.

“It’s amazing how much the game has changed and I have learned a lot in the couple of years working with clubs. Actually I have learned the importance of the club.

“I’ll be quite honest, when I was managing county teams, I’m not sure if I gave the same consideration to the club in those days.

“You think that ‘I’m the county manager here, this is the most important and flagship for the players’, but I get it now.

“Spending a few years with the clubs gives you a different understanding and you see the groundwork that goes in. It gives you appreciation for players and the work they do.

“You can see the pressure on players when they are a county player in a club.”

During her time playing with Mayo, O’Hora was employed by the Irish Army and was based in Athlone, so taking charge of Roscommon club St Brigid’s was a natural fit.

In 2012, her first taste of inter-county management with Longford delivered a couple of Leinster Intermediate titles as well as promotion from Division 4 in year one.

A successful stint in Down as coach saw the county win their first All-Ireland Intermediate title in 2014, but she decided to take charge of senior outfit Meath the following season.

It ended before the end of the season when O’Hora stepped down due to differences with the county board.

Throughout her playing, management and professional lives, she has shown she is not afraid to embrace new challenges, and earlier this year she was one of 20 graduates from the LGFA’s first Female Leadership Programme.

The Ballina native plans on merging those skills learned with the experiences she has earned on each side of the white line.

“It was a great experience. All aspects of the leadership programme were brilliant. You learn so much, not just from the speakers that come in for the core days, but the coaching sessions in between those were excellent.

“Just being able to talk to girls who were there from things like refereeing, administration and the media, there was a great mix.

“The focus was learning about yourself and how you get the best out of yourself. It was a constant learning for me.

“One of the key things I learned as a coach was about reflection. It’s good to plan your session and to deliver it well, but what’s really important is looking back on it with feedback from players and by asking yourself what I could have done better.

“I had never done that, asked myself ‘how could I have done better in that game’. It’s a really useful exercise in terms of your development as a coach.”

While she’d love to see more former players become involved in a coaching and management capacity at inter-county level, O’Hora thinks it may be a gradual process.

“I would encourage players to give it a go. There are four of my club team who are actively coaching underage teams in the club. That is happening now a lot more.

“Moving forward for roles at county, I think there will be a lot more.

“Look at someone like Laura Harrison, she was key in getting me to take my first coaching job with St Brigid’s in Roscommon.

“I then brought Laura in on a management team with me to Meath – she’s a very good coach and trainer. She was also involved managing the Westmeath Ladies with Nadine Doherty.

“No doubt there will be more and more as we move forward. It’s just going to be a gradual process but it will happen. It’s imminent.”