LADIES FOOTBALL: ‘I’ll never live it down, it was hanging over me forever.’ – Wicklow’s Laura Hogan 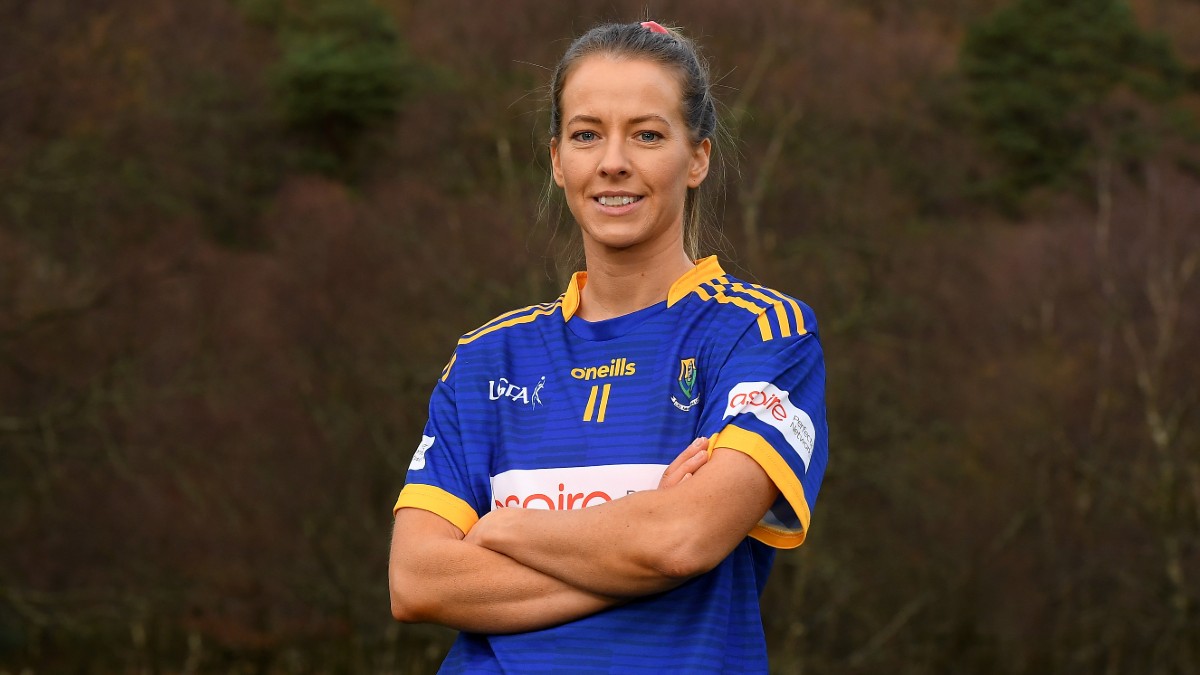 (Wicklow captain Laura Hogan pictured at Glendalough ahead of next Saturday’s TG4 All-Ireland Ladies Junior Football Championship Final. The 2020 Junior Final will be contested by Fermanagh and Wicklow at Parnell Park in Dublin – throw-in time 4pm. The game is available to view live on TG4 and worldwide on the TG4 player: http://bit.ly/37oJ7a1
#ProperFan. Photo by Matt Browne/Sportsfile)

Looking at her All-Ireland winners’ medal from 2011 every day during lockdown kept Wicklow captain Laura Hogan focused on the job in hand: plotting her side’s immediate return to the Intermediate grade for 2021.

Restored to the captaincy this year by new manager Mark Murnaghan, Hogan is hoping to follow her sister Sarah’s lead and captain the Wicklow ladies to some national silverware.

And nine years on from her first TG4 All-Ireland Junior win the captain can’t wait to get another shot at winning a second Celtic Cross.

“I remember during lockdown I actually stuck my All-Ireland medal from 2011 in the kitchen on a little board,” said Hogan, whose sister Sarah skippered Wicklow to the 2018 Lidl Division 4 title.

“So, any time I was feeling a little unmotivated that would be there and I’d (tell myself) go out there, that you’d have a chance to (get back playing) at some stage. Whether it is this year or next year, you do the work now and hopefully it will pay off some day.

“You are training nearly five nights a week with teams, so it was really hard to get used to training on your own. I used it to work on the things I had to work on, the weaknesses I had.

“I thought it was also refreshing, but at the same time it gave you the love you needed to get back out onto the field. That just drove you on again.”

Laura was only 21 years old when Wicklow picked up their second TG4 Junior All-Ireland title. Like that day some of the scoring pressure will fall on her shoulders this Saturday against Fermanagh at Parnell Park. Nine years ago, it was her late point that forced New York into a replay, which Wicklow eventually won by eight points.

But along with the good memories, Hogan says she had a haunting moment that remains in her mind.

“Yeah (I scored the equaliser) but I also kicked it wide from five yards just before that. I’ll never live it down; it was hanging over me forever.

“People used to say it to me that they’d never forget two things: I kicked it wide from five yards, but then I scored the equaliser. I kind of redeemed myself after the embarrassment.

“That 2011 win has obviously been the main highlight of my playing career to date. Obviously captaining Wicklow to this stage is up there with that as well. If we can do the job on Saturday, then obviously that would be the pinnacle of it all.

“But we are just going out to play the game, because you can’t get carried away with everything. While it’s all fantastic you have to have to stay grounded and stay focused on the task at hand.”

As part of the competition’s best forward line, Hogan has continued the habit of a career and piled on the scores in the last few weeks.

Following last year’s relegation from Intermediate, Wicklow have reset brilliantly this year. As a unit they have scored 10-35 from their three games, including a goal just before half time in their All-Ireland semi-final win over Antrim.

It was unclear if Hogan’s shot had crossed the line before her teammate Marie Kealy got a touch, but the captain has claimed the prize.

“It actually was my goal. It’s funny; I actually used to teach Marie in secondary school so I get on pretty well with her. She kind of shepherded it into the goal but she didn’t actually touch it. She said she’d kill me if I did that to her, so she wouldn’t do it to me.

“The girls (in the full-forward line) are playing really well. They are doing that in training all the time. They seem to have clicked together; they know where the goals are. We just get the ball into them and let them do their job, I suppose.”