LADIES FOOTBALL: ‘I’m only young and have at least ten more years of football ahead of me. So yeah, someday, I’ll be in that position’ – Galway and Kilkerrin/Clonberne’s Lynsey Noone 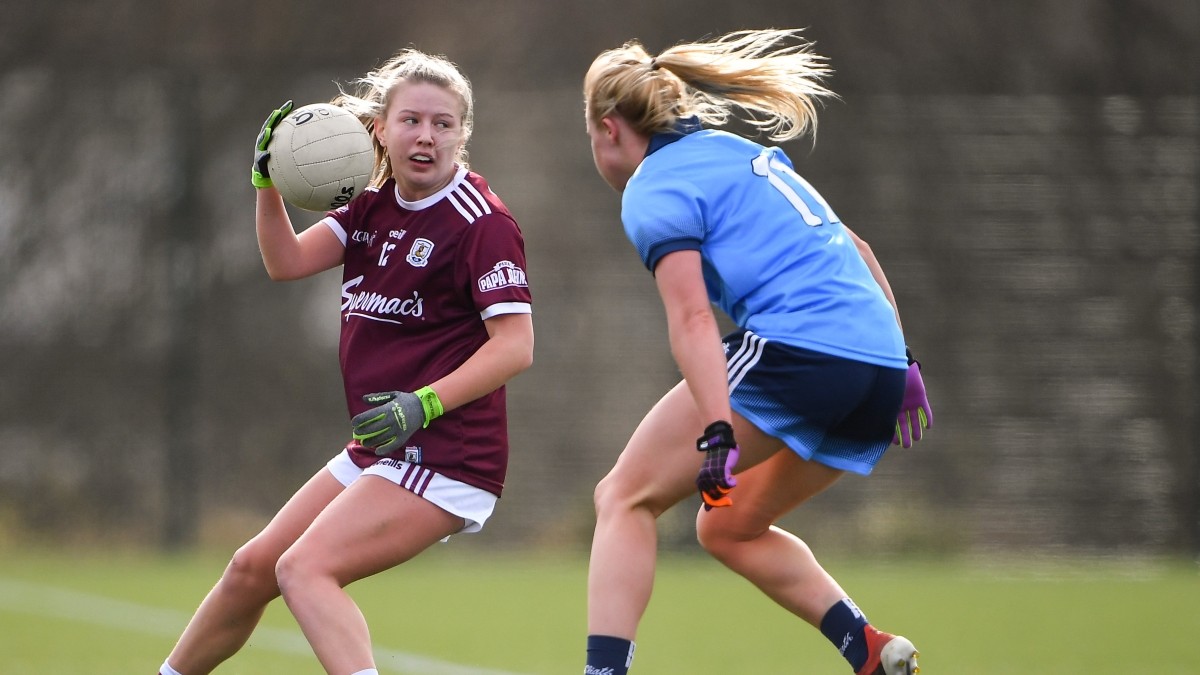 With an immediate halt called to all GAA club games earlier this week, plenty of dreams and aspirations have been paused, but in some cases it just meant kick-starting a different set of ambitions.

This afternoon Lynsey Noone and Kilkerrin/Clonberne had hoped to line out in a fourth straight Connacht Senior club final following last weekend’s convincing win against Carnacon.

Sligo’s St Nathy’s – the first Sligo team to reach the senior decider – were due to be their opponents, but with no date yet in the calendar for the re-fixed final, the club’s dream of winning the All-Ireland has been postponed.

But for Noone and nine of her club mates, focus immediately switches to driving Galway back to successive TG4 All-Ireland finals. Except, it will be a first final for Noone (20) if Galway can get that far.

As Dublin edged a five-point win over Tim Rabbitt’s side 12 months ago, Noone was alongside her sisters Eva and Hannah in the stand. In June, she had stepped away from the squad to travel on a J1 visa to America, and she missed out on the biggest day of the year.

“It was bitter sweet to leave them. It was nice to get the break but then I missed out on an All-Ireland final,” said Noone, a Food Science and Health student at UL.

“I was disappointed; I knew I could have been there. The vibes were so good from the camp and the atmosphere there was amazing. I was jealous of the girls that I wasn’t there.

“I wondered was it worth going to Chicago, but I needed a bit of break after club, college and county was all year round.

“My friends and my club mates were all there doing the warm up and the roars from the crowd were unreal. I thought ‘Jesus I’d love to be there someday’. I’m only 20; I’m only young and have at least ten more years of football ahead of me. So yeah, someday, I’ll be in that position.”

Following a promising underage career with Galway, Noone was always destined to graduate to the senior ranks. Captain of the victorious Galway Minors in 2018, she was quickly called up to the adult grade, and despite breaking into the starting team earlier this year, she feels she still has plenty of progress to make.

Much of her learning has come in the red shirt of Kilkerrin/Clonberne though, and while her fellow county panellists are preparing for their championship opener against Tipperary in three weeks’ time, Noone has sympathy for the rest of her club mates.

“I have loved this year’s club season, but we’d loved to have had the game this Saturday. The Connacht final against St Nathy’s is one we were looking forward to. It was disappointing, but at the same time we were kind of expecting it too.

“Our first championship game was postponed after a Covid case. It happened on the day of the game. The reality now is you cannot believe that the game is going to go ahead until the ball is thrown in.

“Then again, we are lucky enough we got any bit of football this year; we thought there might have been none. We got to win another county final, so that was special, to win eight in a row. And we got to play the Carnacon game, which is probably my favourite game every year.

“It is going to be hard now for the girls to get motivated. There are ten of us playing with Galway, we’ll still be keeping fit and we’ll be developing, but it is hard for the other girls: they don’t have a game to look forward to.

“I think we might be taking a break from club training as well. I know from back in April and May, when you don’t have a game to look forward to with no set date; it’s hard to go to the pitch, go running and kicking. You want to train towards something; you don’t want to train for the unknown. Hopefully the girls will find the motivation.”

With that loss to Mourneabbey in the 2019 final driving Kilkerrin/Clonberne from the first whistle of 2020, they have cut an impressive course through this year’s championship. All the county players will have similar drive, and Noone hopes they will able to pick their way past the tough challenges that Group 2 opponents Tipperary and Monaghan will pose.

But it’s not as if Noone is facing into the unknown against Tipperary. An O’Connor Cup winner with UL in 2019, she played alongside the likes of Orla O’Dwyer, Elaine Fitzpatrick, Roisín Howard, Muireann Lloyd and Cora Maher.

But her familiarity with the Cahir contingent goes all the way back to the 2015 Senior A Schools final where Glenamaddy CS defeated a Coláiste Dún Íascaigh side that featured five current Tipp panellists including Howard and Aishling Moloney.

“It was brilliant to play a Senior A All-Ireland when you were only in second year in school with the likes of Louise and Nicola Ward. Myself, Ailish Morrissey and Maeve Flanagan, who both play with Kilkerrin/Clonberne, we were the three young ones and we loved it.

“After that we won a Senior B title when I was in Leaving Cert. Myself, Ailish, Maeve were there again and that was just as good a feeling. We beat another Tipp team that day, and their goalie, Muireann Lloyd, is my friend in college now. It’s crazy the players you play against and meet again down the line.

“Tipperary obviously have star players, some of the best players in the country, but we have the players to match that I think.

“But you never know what’s going to happen, the first game back you never know. Some girls could have an off day and you might find it hard to get into it after not playing for weeks. We have been training hard and doing the work. I hope to God we can come out of it.”