LADIES FOOTBALL: ‘It was just the time that I didn’t have the last few years. This year I said I’d make the time.’ – Clare’s Chloe Moloney 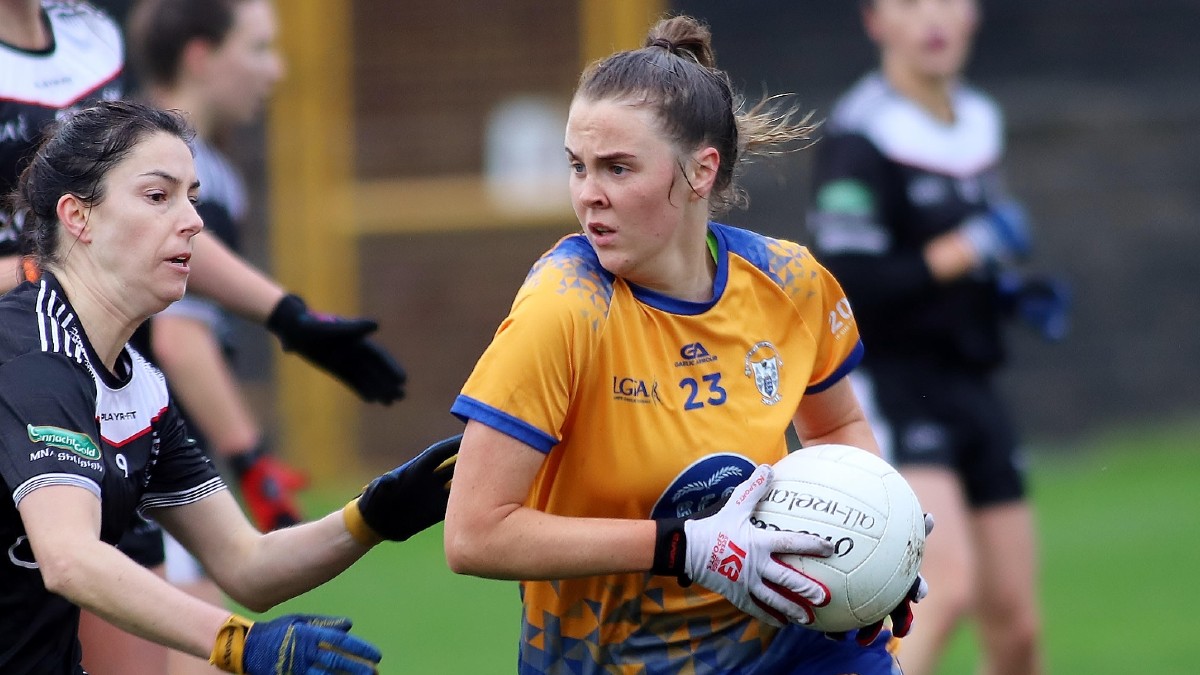 Clare take on Meath in the TG4 Intermediate Semi-final today (SATURDAY) in Portlaoise and as the competition’s top scorer to date, it’s been quite the debut season for the Quilty player.

Until this time last year, Moloney batted away the regular requests of Banner boss James Murrihy, instead choosing to give her soccer career her total focus, but she is now just 60 minutes away from a spot in the All-Ireland decider.

But it should be no shock to see the Moloney name on a Clare inter-county team sheet. Chloe’s father Aiden played at midfield for the county in their famous 1992 Munster final win over Kerry, while ‘Horse’ Moloney has gone on to have a successful managerial career with club and county since his playing days ended.

According to Chloe (22), her father has been a constant guidance and companion in her sporting career, and – like he did in the early 90s – she’d love to be able to bring some silverware to the county.

“Obviously football was my first love. I have been playing it since I was able to walk,” said Moloney, who recently graduated from Sports Coaching and Business Management at Carlow IT.

“My Dad was dragging me around, he managed a lot of teams in his day and I was with him a lot of the time. I didn’t start playing soccer until I was 13. Football has been with me my whole life.

“James Murrihy, our manager, he’s from Kilmurry-Ibrickane too, and he has been on to me the last few years to play. I had to turn him down because I have been playing soccer and it was just such a big commitment for me.

“I was living in Carlow for college and I don’t think I was ready to play both games. But he was on to me again this year and I said: ‘do you know what; I’ll give it a go’.

“It wasn’t a hard decision. It was just the time that I didn’t have the last few years. This year I said I’d make the time.”

While Moloney missed most of Clare’s Lidl NFL Division 2 campaign because of a hip injury – including their 3-12 to 3-12 draw with today’s opponent Meath – she has starred for Clare since the game returned following a successful run to Clare Intermediate glory with Kilmurry-Ibrickane.

To date she has scored 3-12 for Clare in their three IFC games against Kildare, Laois and Sligo, but stitched around those county games are her soccer commitments.

On the day of the Laois game, she had to opt out of a soccer match against Wexford Youths, a heart wrenching decision for the dual star, while their opening round defeat to Kildare was closely shadowed by the small matter of Peamount’s Champions League opener.

“It has been tough enough, my schedule is fairly hectic. We train Wednesday, Friday and Sunday with Clare, and then I’m on Thursday and Saturday with Peamount. I’m living back at home in West Clare since I finished college, so I have to drive up to Dublin on Thursdays and Saturdays.

“It’s tough to compete at the top level in both sports. Sometimes the games clash and it can affect you. The Sunday we played Kildare, I had to go up to Dublin that morning for a Covid test in order to travel to Glasgow for the Champions League game. Then I had to drive straight down to play Kildare in Banagher, and after the game I was straight back up to Dublin and flew out to Glasgow on Monday morning with the girls. It was crazy.

“Sometimes if the games clash it can be tough to keep your place. You are training with both squads and it is hard to pick one over the other, but the girls understood. There was no bad blood there.

“But I have no regrets about going back to football at all. I’m loving my football this year, it’s great, and to be in this position we’re in, I am so grateful to be part of it.”

Moloney’s juggling act was further complicated with Clare being part of the only four-team group in the Intermediate Championship, which meant they had no bye week. Defeat to Kildare in that first game meant their chances of progression looked to have disappeared, but a couple of wins and Laois’ victory over Kildare meant Clare qualified for a semi-final against Meath on scoring difference.

“We kind of thought we were out after losing the first day. It was really tough heading to training, thinking that maybe we were out, but those next few sessions were brilliant.

“We didn’t give up hope but we thought that Kildare would beat Laois. We had just finished our game and we were just refreshing Twitter every two seconds to see what had happened. Kildare came back fighting which made for a very nervy few minutes for us watching on the phones.”

Today Moloney will play against Meath for the first time, but the sides have a storied history. Losses to Meath in the 2017 and 2018 quarter-finals ended Clare’s season, while another defeat at the same stage last year to champions Tipperary was a blow.

Today will also be Moloney’s first chance to play inter-county football against her former Peamount teammate Monica McGuirk – 2019’s All Star goalkeeper – while a win will seal Clare’s place in the final – a week on from facing another dual star Saoirse Noonan in the FAI Women’s Cup Final.

“I’m great friends with Saoirse; we played underage for Ireland together at U-17s and U-19s. We played together a lot over the years. I’m sure she’s over the moon being called up to the Ireland squad. I know she loves her football just as much as the soccer and she’s just as good at both sports. She can play at the top level in both, she’s so talented.

“Monica was Peamount’s goalkeeper a few seasons ago. I know her really well. I haven’t been speaking to her since we found out, but we know each other from playing soccer. She is a really good keeper. Hopefully she doesn’t guess right if I get in on goal.”