LADIES FOOTBALL: ‘I’ve loved being back home and being able to commit to club training with Beara is brilliant.’ – Cork Ladies player Áine Terry O’Sullivan 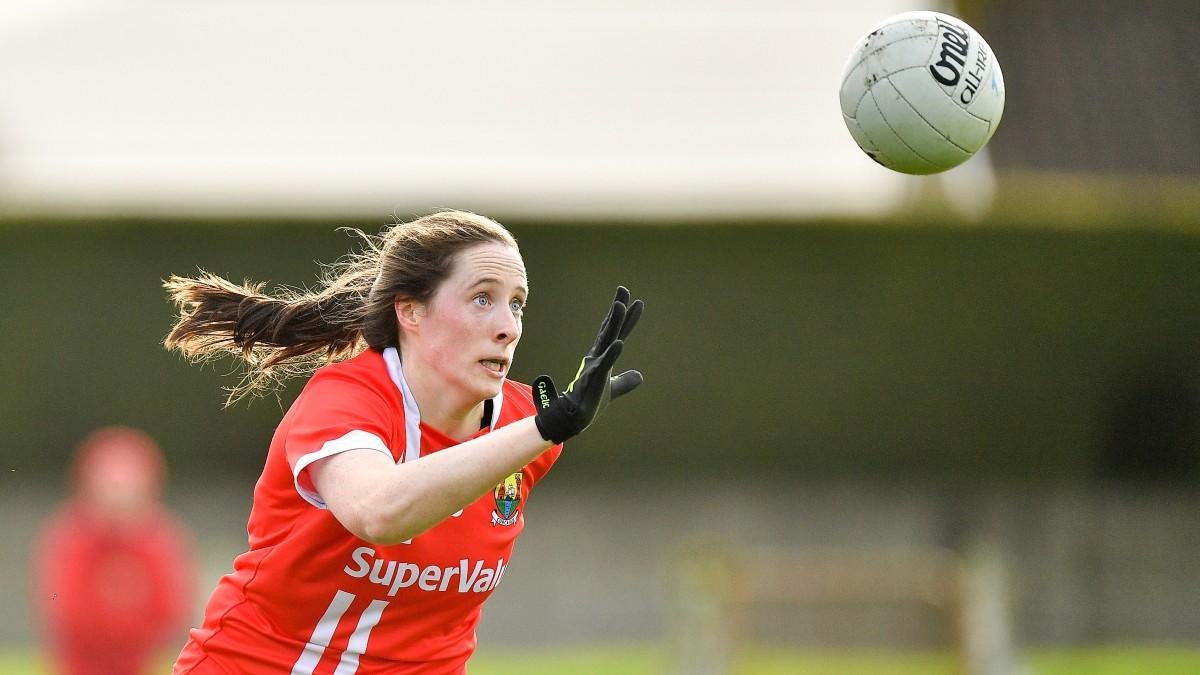 A native of Allihies on the west coast, O’Sullivan played her early football with Garnish GAA club, before graduating to tog out with Beara as an adult player.

Their relegation from the Cork Senior Championship in 2016 meant O’Sullivan was eligible to represent the West Cork divisional side, and after tomorrow’s intermediate outing for Beara, she’ll play against All-Ireland club champions Mourneabbey for West Cork in the Senior Championship on Tuesday.

Adding further spice to the mix, tomorrow’s intermediate opener has pitted Beara against another West Cork club, Rosscarbery, while their second game next Friday evening is an away trip to another neighbour, Bantry Blues.

Local rivalries will be sparked, parked, and rekindled in the space of a few days, but for O’Sullivan, the chance to play senior football has been a huge benefit and honour.

“It was kind of funny starting off. When you are playing against each other you don’t really get to know each other. It’s hard to know what they’re like away from the field, but we gelled really well though. There is always a bit of craic and there will be a bit of chat after Saturday, but it’s a great environment to be involved in,” said O’Sullivan.

“It’s a huge area and people tend to give out a bit about it. West Cork stretches from Innishannon down as far as Allihies. We are all intermediate and junior players, but the talent out here is only getting better.

“There are nine or ten of us from the West Cork panel that are on the Cork panel as well.

“After we were relegated, I never thought I’d get to play in the Senior Championship. The way things are going with Beara, a lot of the girls my age don’t play anymore.

“We are a very young team and I know we won’t compete at senior, so to play with West Cork is huge. It has been a very positive experience for us.”

While Mourneabbey have won the last two All-Ireland Senior Club titles, their biggest tests have arguably come at home.

Two years ago, West Cork forced a replay in the final, but Mourneabbey edged the second game, while last year the champions needed a powerful surge in the second half to take the honours.

“Getting the chance to play against the likes of Mourneabbey is great. They are the team to beat in Cork the last few years, but we have pushed them really close.

“The first day in 2018 is still a disappointment. We should have won on the day and we didn’t get across the line in the replay either. Last year was a bit of a disaster, we had it won in the first half.

“We know each other well enough now and a lot of us know each other from the county team too. The younger girls on both teams will have played together underage with Cork too.

“We’ll both be a bit rusty, and it’s up in their home pitch so it will be a bit of a journey for us, but we are looking forward to it.

“For West Cork it’s hard to meet up when people have their own club training to do, so it will be interesting to see how we gel on the day. But we always seem to pull together.”

Fellow Beara native Niamh Cotter is not involved with the club this year following her transfer to Kilmacud Crokes in Dublin, but O’Sullivan’s fellow county star Clare O’Shea will be on duty for Beara and West Cork in the coming days.

With Cork, O’Sullivan has already won three TG4 All-Ireland Senior titles, but the county’s drought now stretches back to that 2016 Final victory over Dublin.

From those three wins, she says her greatest memory was bringing the Brendan Martin Cup back to the village, where the county’s and parish’s 2015 victory was soundly celebrated.

“It was mad enough. A good gang of the panel came down and there were bonfires all the way from Glengariff to Allihies. I don’t think they’d seen anything like that before.

“Football in Beara is huge; they went all out. It’s a bit of a tradition here that any time the club wins anything we all pack into the back of a lorry to be paraded up through the village. We did that with the All-Ireland, there were flares and everything.

“We had a music session in the community centre, and a bit of craic in the pub. It was a great night.

Due to the Covid-19 lockdown, O’Sullivan has made the family home her base again, where she has managed to remotely continue her career in IT. Being at home among the ‘Terrys’ has been a pleasure, she says.

“I like being called Áine Terry, it’s a good way to distinguish what family you are from and a nice way to remember our grandfather.

“I’ve loved being back home and being able to commit to club training with Beara is brilliant. We are about two hours from the city, so it has been great to go back to that training lately.

“Football will be fairly busy in the next while, going from nothing to a crazy week, but it’s great to be back.”