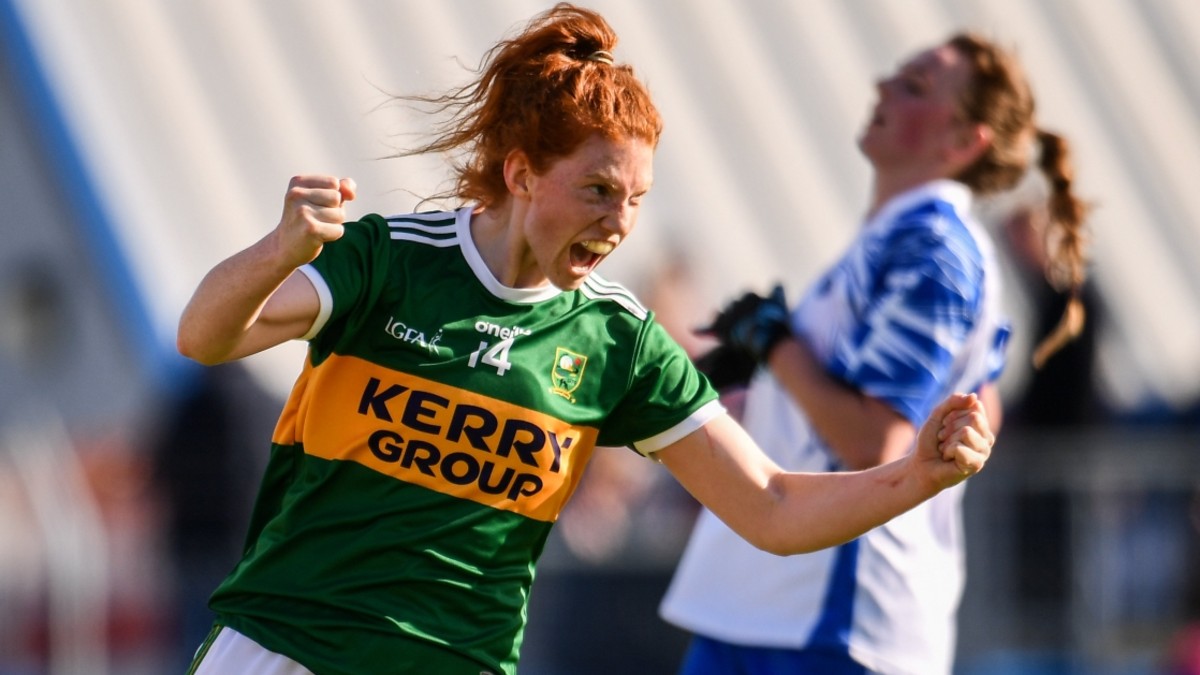 Louise Ní Mhuircheartaigh and Síofra O’Shea contributed a combined haul of 4-6 in Birr as Kerry underlined their TG4 All-Ireland Senior Championship credentials with an emphatic Group 1 triumph over Cavan.

Despite encountering some early resistance in the Offaly venue, the Munster outfit turned on the style with Ní Mhuircheartaigh and O’Shea in outstanding scoring form. Substitute Andrea Murphy – who plays her club football in the capital with Foxrock-Cabinteely – also shot a second-half goal to give manager Declan Quill food for thought ahead of next weekend’s crunch clash against provincial rivals Cork.

The Kingdom had broken the deadlock through a Danielle O’Leary point, before their Ulster counterparts fired back with similar efforts from Lauren McVeety and Aisling Gilsenan.

Nonetheless, the threat of the Kerry attack was beginning to grow and Ní Mhuircheartaigh added a point off her left foot in the ninth minute. Deadlocked at 0-3 apiece for the first-half water break, Kerry subsequently took control upon the resumption.

After gathering a direct ball into the square, O’Shea unleashed a superb strike past helpless Cavan goalkeeper Elaine Walsh.

While the Breffni women reduced the gap to five with contributions from Donna English and Gilsenan, Ní Mhuircheartaigh and Lorraine Scanlon scores ensured the Kingdom were 2-7 to 0-6 ahead at the interval.

The final outcome was effectively placed beyond doubt within six minutes of the restart as Kerry added another brace of goals to their already substantial tally. Ní Mhuircheartaigh palmed to the net off a Hannah O’Donoghue pass and she later turned provider for a composed Murphy finish.

Cavan finally interrupted this scoring sequence courtesy of unanswered points by Gilsenan and the impressive English, only for Kerry to reply with another devastating blitz. Ní Mhuircheartaigh released O’Shea for her second goal of the tie on 44 minutes, preceding four points on the bounce from Eilis O’Leary, Scanlon, Fiadhna Tagney and O’Shea herself.

To their credit, Cavan did finish the contest in fine spirits. Gilsenan (two), substitute Emma Halton and Sheridan all found the range and can at least take this positive ending into their crunch encounter with Cork at the same venue in a fortnight’s time.