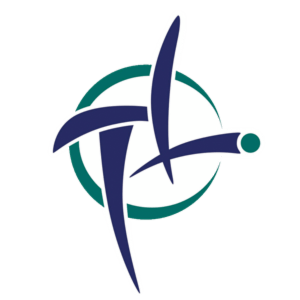 Tonight (Tuesday), we are back in championship action with a total of 19 games down for decision as Senior championship sees first round action.

In Group A, Eadestown at home to Leixlip.

A tough game to start for both clubs who are under new management with ex Kildare Minor Manager Gavan Doyle taking charge of Eadestown while the visitors have current Kildare Senior Ladies S&C coach and last year’s Maynooth manager Stephen Sheeran at the reigns.

Eadestown did not feature last year only winning the one game and Leixlip recorded an 11-point win over them in the round robin stages but were well beaten themselves in the final by a strong Confey outfit.

It is going to be a closer contest this year with both clubs boasting a lot of talented footballers. It will be interesting to see the contrasting styles both managers bring to the table when the action gets underway at 7pm.

The second game in group A sees a Newbridge Derby where Sarsfields welcome Moorefield.

Only three points separated the sides in last year’s championship with the Sash taking the honours on that occasion.

Sarsfields will be buoyed by their Division 2 league win and see the welcome return of Roisin Byrne to the fold after been out with injury and will hope to go one step further than last year’s semi-final.

Moorefield are a relatively young side yet still have seasoned campaigners such as Amber Masterson and Mary Hulgraine to call upon. Will that mix of youth and experience be enough to kick off their campaign on a positive note? The action gets underway at 7.30pm.

Senior Championship Group B starts with last year’s champions Confey, welcoming last year’s Intermediate champions Carbury to the club for what has the potential to be a closer game than many people might expect.

Confey have lost a few players from last year’s campaign but have installed a new manager with Shane (Shorty) McCormack.

They will be looking to make an impact from the off and attempt to bring back to back championship titles to the club something that hasn’t been achieved in the county since their neighbours Leixlip did it back in 2008, 09.

Carbury will not fear the challenge that is ahead and are well capable of causing an upset, they certainly have the talent that can match the home side and will not be bossed about in the physical side of things. It is a game that might see fireworks long before Halloween comes around.

The action gets underway at 7.30pm.

The final senior game of the night sees St Laurence’s welcome Suncroft to Old Grange. Suncroft have held their own since promotion to the senior ranks and like many clubs are itching to get back into action again.

The home side is another club that sees another managerial change with Eoin Wheeler taking over from John Dunne. Larries were last year’s beaten semi-finalists and have lost a few players since that defeat.

They will boast a youthful side this year that still has plenty of experience and will be determined to start on a positive note. Action gets underway at 7.45pm.