LADIES FOOTBALL: ‘Once training is over my focus will switch toParnell Park, but the U6s will keep me occupied.’ – Wicklow manager MarkMurnaghan 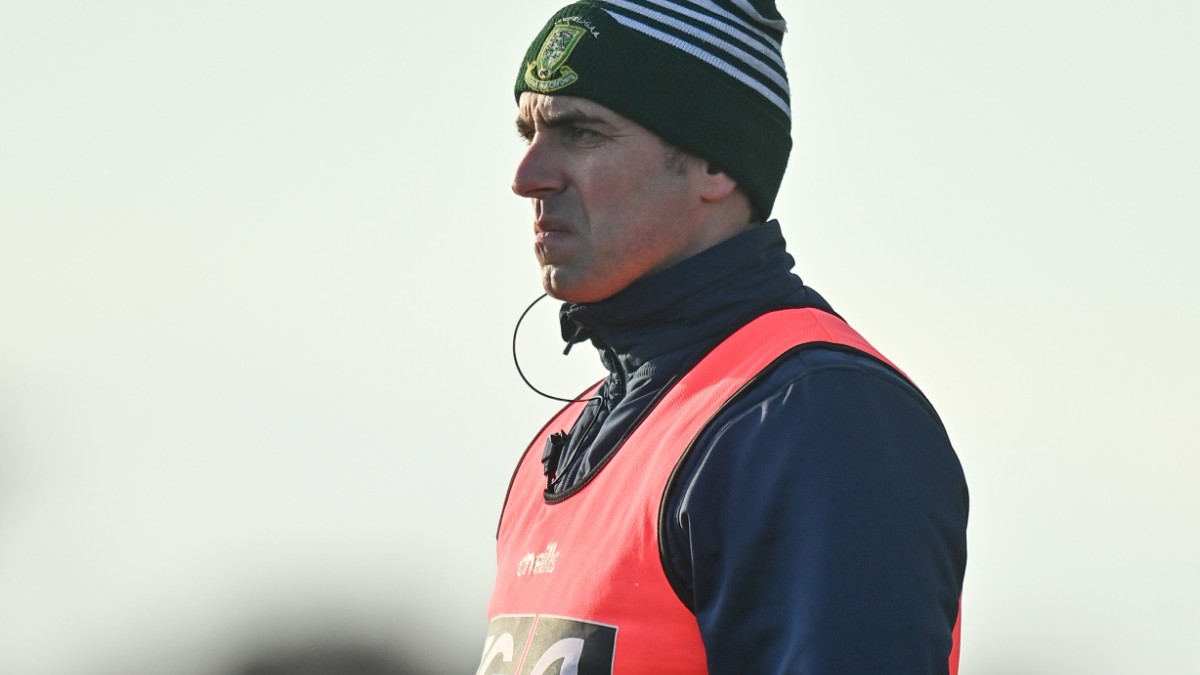 Managing a team on All-Ireland Final day must be all-consuming in the hours and days leading up to the first whistle, but Wicklow chief Mark Murnaghan has the perfect distraction this morning.

Newbridge native Murnaghan will lead his side into this afternoon’s TG4 All-Ireland Junior Final with Fermanagh and will aim to lead the county back into the Intermediate grade at the first time of asking, but no matter what’s happening, there is no way he’d miss out on Moorefield’s U6 training today, with his twin boys following the family path through the club.

“I have twin boys, Sam and Aaron, who are playing U6s, so I’ll be busy coaching them before I get near the All-Ireland Final at all. Once training is over my focus will switch to Parnell Park, but the U6s will keep me occupied,” said Murnaghan, who took charge of the Wicklow Ladies this time last year.

“The way the structure of the club works, the seniors, seconds and third team try to work together. The second and third teams are seen as development teams for players coming up. I’m managing and playing for them too.

“I really enjoy it, especially when you are coaching and involved in your own club. Without the club you don’t have a county team. Every player owes their club everything, without them you wouldn’t be a footballer.

“I have five boys. My young lad, Ryan, he actually played with me in that development team this year. It was a nice and a proud moment for me. I came on in one game – he scored a goal and a point and I kicked a couple of points, it was a very happy moment for us representing the club together.”

While Murnaghan played at U16 and minor level for Kildare, he never got to experience the senior inter-county game like his brother Kevin. From the start, Mark’s head was always turned by the prospect of coaching, while he also gave a career as a soccer player a real shot, and he played a year with Kildare County in the League of Ireland.

But the love of the GAA was hard to shake off, and after getting some experience with Moorefield, spells with Hollywood GAA club in Wicklow, the Kildare Ladies team and IT Carlow led him to the Wicklow job.

In November 2019, he took charge of a county team that had just tasted relegation to junior following eight years of Intermediate football after their 2011 Junior All-Ireland success. You might expect he inherited a team with morale levels at their feet, but the reality was totally different.

Under Murnaghan, this spirited Wicklow group has only lost one game all year – to his native Kildare in Division 3 of the Lidl National League – and they boast a 100 per cent record in the 2020 TG4 Junior Championship.

“They were training away themselves without a management team. When I heard that, that got me excited because there was something about that group of players – they were willing to do work away from the official group, which was brilliant to see.

“When I went in we were flying. We brought in a few new players and the league started in the third week in January so I only had six or seven weeks to get to know them, but it went really well.

“We won one league game and drew three out of our five games, but I think all the matches we’ve drawn we’ve always come from behind. When the girls’ backs are against the walls, they’re not afraid of hard work.”

There has been nothing easy about their Championship campaign either. A convincing win first day out against Carlow set the tone, while Wicklow again showed their fighting spirit with a 0-9 to 1-2 win over today’s opponent, a game played in terrible weather conditions.

Victory over Antrim in the semi-final was just as impressive, but despite their success against Fermanagh, Murnaghan lays little value on it.

“The Fermanagh game, to be honest, I’d draw a line through that for both teams. The weather was terrible; we had the four seasons that day. It was very hard for either team to try and perform.

“They have some great forwards. We all know Eimear Smyth and Joanne Doonan too. I watched Eimear Smyth last year and she is class. In my opinion she’d make any team in the country. She is just a natural forward. She is just brilliant.

“Like us, Fermanagh were playing Intermediate teams in the league last spring as well. They were going well. And they have a bit of an advantage because they were in an All-Ireland final last year. They have experienced the build-up and all the attention the players will get. They are used to that, but it’s all new to us.”

Last year’s Championship ended in heartbreak for both of the teams on display today. While Fermanagh were beaten by Louth in the Junior Final, Wicklow slipped down a grade after a relegation play-off defeat to Leitrim. Murnaghan thinks that setback has steeled his side.

“This group of players, I’ve never seen the likes of them. They’re after getting hit down more times with this, that and the other but they are still plugging away.

“I feel Fermanagh have something to prove too after last year. They are not in an All-Ireland final for no reason: they are a very, very good team and a proven team as well. It’s going to be the hardest battle for us in these 65 minutes. It’ll be a tough, tough battle and the hardest game we’ve played all year. We have to be ready for that.

“Today is going to be a huge test, but if they win it they truly deserve it anyhow. I have the easy job.”