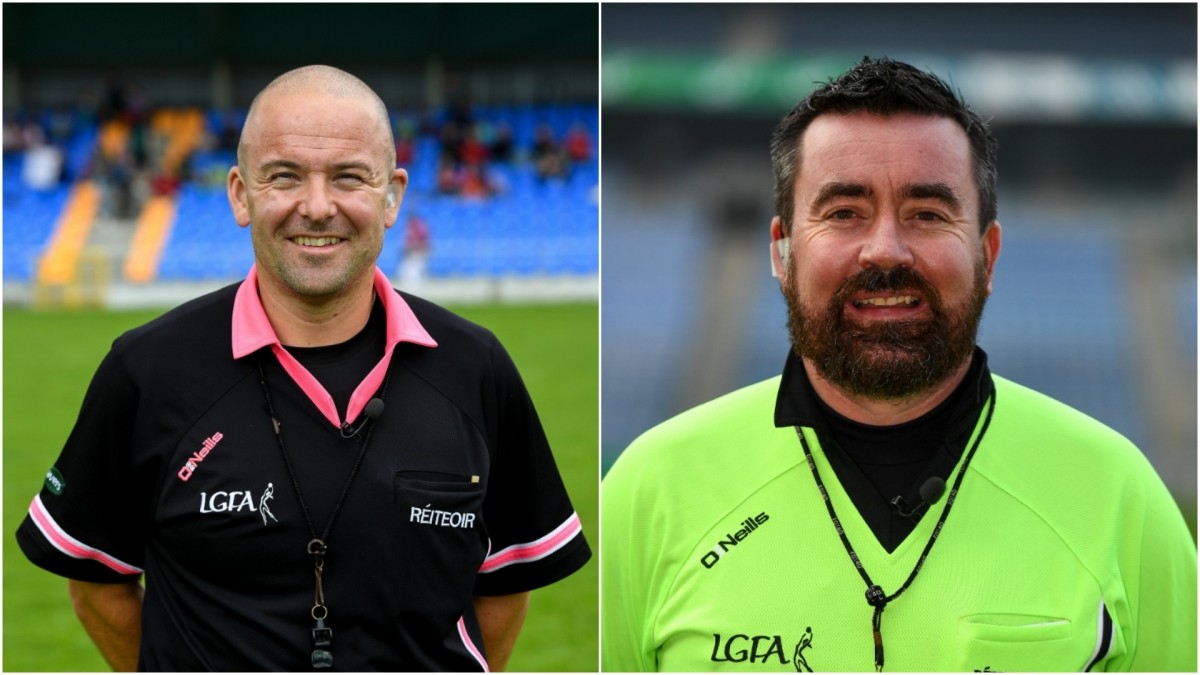 THE Ladies Gaelic Football Association has announced the match referees for the TG4 All-Ireland Intermediate and Senior Championship Finals, to be played at Croke Park on Sunday, December 20.

Carlow’s Jonathan Murphy will take charge of the Senior Final between Cork and Dublin (3.30pm), while Kerry’s Seamus Mulvihill will oversee the Intermediate decider between Meath and Westmeath (1.15pm), with the Croker double-header live on TG4.

Both referees will now have the opportunity to complete the set of TG4 All-Ireland Finals.

Jonathan Murphy refereed the 2016 junior decider between Longford and Antrim, and he was the man in the middle for last year’s Intermediate Final between Tipperary and Meath.

Seamus Mulvihill took charge of the 2015 All-Ireland Junior Final between Louth and Scotland, before he refereed the 2017 senior decider between Dublin and Mayo.

From the St Mullin’s club in Carlow, Murphy’s refereeing career began in 2008 at local level and he completed the LGFA’s Accelerate programme in 2013, to join the National panel in 2014.

Commenting on his appointment, Murphy said: “I’m absolutely delighted, not just for me, but also for my team officials, because this is very much a team effort.

“I’m expecting a hugely competitive game between Cork and Dublin, two teams renewing old rivalries and who have shown excellent form on their way to the Final.”

From the St Senan’s men’s club, and the Finuge/St Senan’s Ladies Football club, Seamus Mulvihill, who is also a member of the men’s National Refereeing panel, began his refereeing career 22 years ago, and he graduated to the LGFA’s National Panel in 2013, having come through the Accelerate programme.

Mulvihill took charge at Páirc Uí Chaoimh in January when the Cork Senior Ladies made history by playing at the famous Leeside venue for the very first time, against Westmeath in Division 1 of the Lidl National League.

Among Mulvihill’s other notable 2020 assignments were the Intermediate Championship group fixture between Clare and Kildare, the Cork v Cavan Senior Championship group match, and last Sunday’s Senior semi-final between Cork and Galway at Croke Park.

The LGFA has also confirmed that Mayo’s Garryowen McMahon is the stand-by referee for the Senior Final, with Galway’s Shane Curley named as 4th official.

The Intermediate Final stand-by referee is Wexford’s Barry Redmond, with Galway’s John Devlin to act as 4th official on the day.