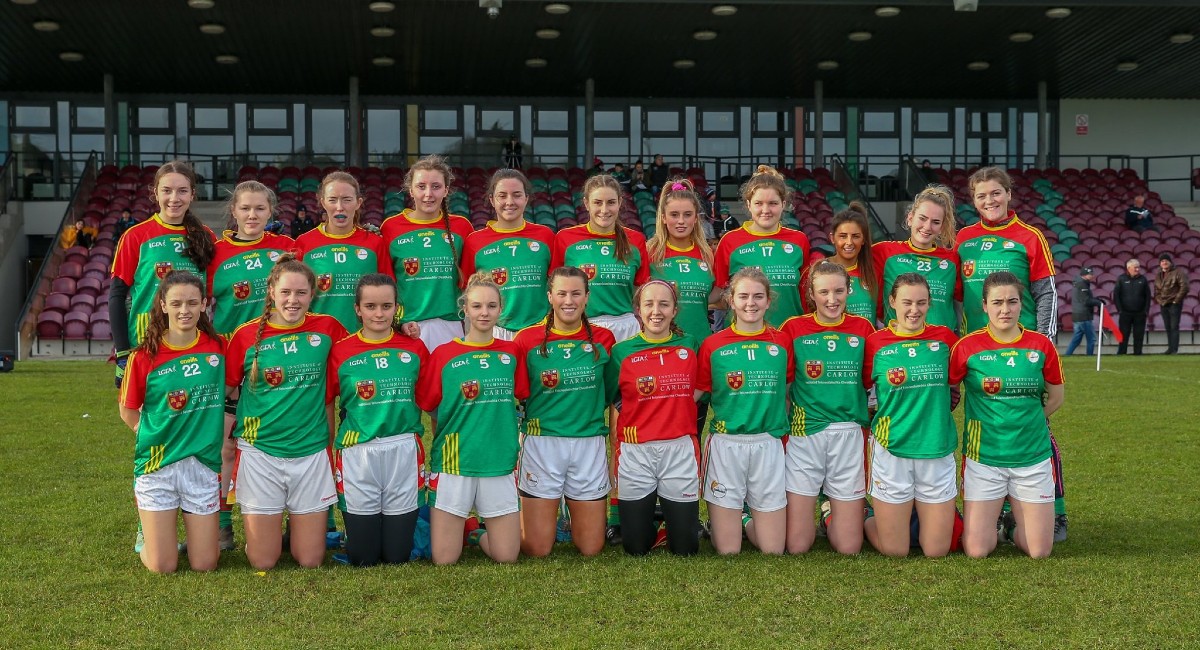 Six counties are in the running for the Junior title – and four of them are in action on Sunday, as Wicklow host Carlow in Baltinglass, while Derry tackle Limerick in Lannleire, Co. Louth.

Both games will throw-in at 2pm and both will be live-streamed by the LGFA.

Carlow were in fine form prior to the Covid-enforced shutdown of the Lidl National League.

The Barrowsiders had collected three wins from four outings and were sitting pretty in second place behind pace-setters Louth in Division 4.

Thoughts now turn to an assault on the TG4 All-Ireland Junior Championship – and Carlow couldn’t have asked for a tougher start.

They’ll travel to Baltinglass on Sunday for a clash with Wicklow, who will be aiming to bounce back to the Intermediate grade at the first attempt following last year’s relegation.

Wicklow had lost three of their five completed games in Division 3 of the Lidl National League but they have relatively recent form in the Junior grade – having been crowned TG4 All-Ireland Junior Champions in 2011.

Limerick are back in the Junior grade after suffering relegation last year.

But the Shannonsiders know what it’s like to win a TG4 All-Ireland Junior title, having done it in 2018, and previously in 2010.

Cathy Mee was captain two years ago and she’s named at centre forward for the clash with Derry in Lannleire.

The Oak Leafers were beaten finalists as recently as 2017 but their more recent form in the 2020 Lidl National League was poor, as they suffered five losses from five outings.

Limerick fared a little better, winning one, drawing one and losing three of their five matches.

Experienced Ciara McGuirk remains a fulcrum of the Derry attack – and she’s named at full-forward.