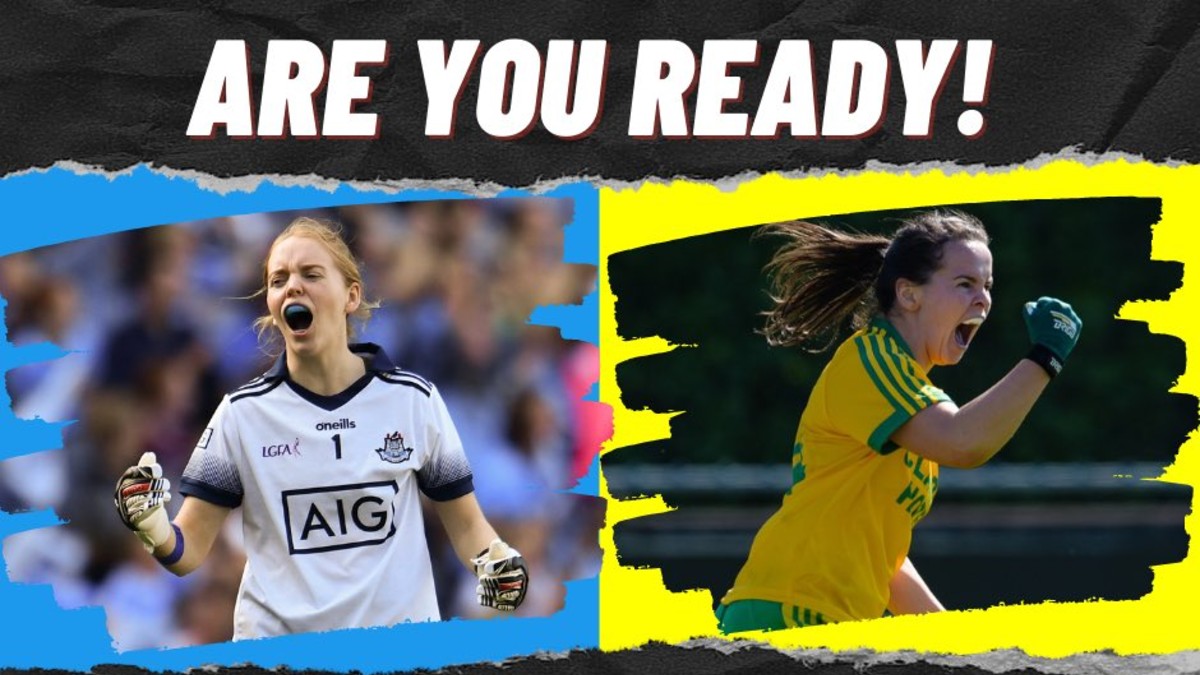 CHAMPIONS Dublin have named 12 of the team that started in the 2019 TG4 All-Ireland Final for tomorrow’s (Saturday) 2020 opener against Donegal at Kingspan Breffni in Cavan (5pm – Live on TG4).

Sinéad Aherne captains the Sky Blues once again as Mick Bohan’s side begin their quest for a fourth successive title.

From the team that lined out against Galway in front of a record 56,114 attendance at Croke Park in September of last year, there are just three changes in personnel.

McCaffrey returned to the Dublin fold at the start of the year after a spell travelling, and she’s named at left corner forward.

Also included is Leah Caffrey at right corner back, with the Na Fianna player also back in the Dublin squad this year after a stint abroad.

And there’s a start too for Noelle Healy, the 2017 Footballer of the Year who was introduced at half-time in the 2019 Final.

Éabha Rutledge, who enjoyed a terrific 2019 campaign at corner back, misses out through injury, while 2019 All Star Olwen Carey is unavailable this season.

Hannah O’Neill, who netted against Galway in last year’s decider, is named on the bench.

Opponents Donegal, who beat Dublin at Croke Park in the opening round of the 2019 Lidl National League, have brilliant forward Yvonne Bonner back in the fold.

Bonner didn’t play for the county last year as she was in Australia – but she’s back for this one and named at midfield.

This evening (Friday), Ulster rivals Armagh and Tyrone kick-start TG4’s live coverage of the 2020 Championships – and it’s the first match in the senior competition.

The action gets underway at Kingspan Breffni in Cavan at 7.30pm – and Armagh will be hoping that Aimee Mackin, fit and firing again after injury, can reproduce the form that saw the Orchard County defeat today’s opponents in the recent Ulster semi-final.

Evergreen Caroline O’Hanlon, renowned for her midfield prowess through the years, is named at right corner forward on the Armagh team.

Tyrone impressed in the 2019 Championship, scoring a notable victory over Donegal in the group stages, and they’ll look to make further progress.

The Red Hands will be looking for a much-improved defensive display against Armagh, and they’re captained by Neamh Woods at midfield.

On Saturday, the TG4 cameras are also at the LIT Gaelic Grounds in Limerick, where 2019 senior runners-up Galway tackle the 2019 Intermediate Champions Tipperary.

There are nine survivors from the Galway team that lined out against Dublin in the 2019 Final listed for this one from the start.

Nicola Ward suffered a serious knee injury on club duty with Kilkerrin-Clonberne in the 2019 All-Ireland Final against Mourneabbey – but she’s back to full fitness and named in the starting team.

Twin sister Louise captains Galway from midfield – while the Tribeswomen will look to the attacking prowess of Tracey Leonard, who’s joined in the forward line by former underage stars Lynsey Noone and Andrea Trill, who netted a hat-trick of goals in the 2018 All-Ireland Minor A Final victory over Cork.

Opponents Tipperary have 10 players who started against Meath in the 2019 All-Ireland Intermediate Final listed for their return to Senior Championship action.

Aishling Moloney was Player of the Match against the Royals at Croke Park last year, before collecting the TG4 Intermediate Players’ Player of the Year award, and the Cahir star is named at full-forward.

On Sunday, attention switches to St Brendan’s Park in Birr, where Cavan and Kerry lock horns at 1pm.

That game will be live-streamed on the LGFA’s Facebook Page https://bit.ly/2HLq6q2.

Sisters Geraldine and Aishling Sheridan will carry the attacking thrust for Cavan, with sibling Mona situated in the half-back line for the Breffni ladies.