LADIES FOOTBALL: ‘The Dublin game, I feel that was kind of like theone that got away a wee bit.’ – Armagh captain Kelly Mallon 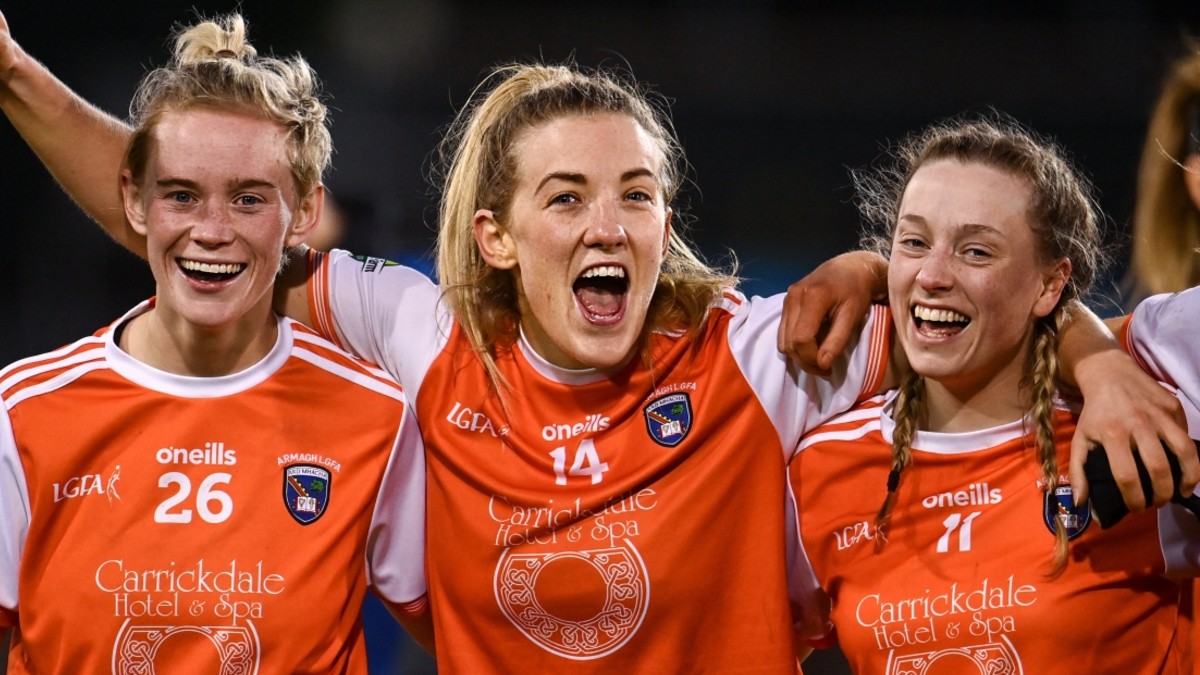 A few extra weeks to recharge might be welcomed in some quarters, but extending the off-season is a form of torture for Armagh captain Kelly Mallon.

Four weeks on from their season ending Ulster Final victory she is more than ready to tear into the 2021 season.

Claiming a first provincial title since 2014 in December’s win over Monaghan was a great way to sign off the year for Armagh, but their TG4 All-Ireland Senior Championship Semi-final loss to Dublin a fortnight earlier has left plenty to stew on and dissect.

Observing Armagh’s progress in 2020, the manner of their victories over Tyrone and Mayo in the Championship and the challenge they presented to eventual champions Dublin, suggested they are closer than ever to their ultimate dream of Senior All-Ireland success.

But for Mallon and her teammates, watching on as Dublin produced a stunning second half to edge past Cork in the final, there are still plenty of improvements to make this season.

“We were fairly strong in all of our games, but the Dublin game, I feel that was kind of like the one that got away a wee bit,” said Mallon, who will play her 12th season with Armagh this year.

“We certainly had them rattled after the first half. We were going in at the break on level terms. We thought at half time, let’s really go at this and give it a rattle.

“But I suppose you have to applaud Dublin’s ability to manage a game and put us under pressure in and around the middle of the field.

“They certainly did step it up in the final and I suppose that is credit to Cork, they ran at them from the start.

“They seemed to either stop doing that or else Dublin stepped it up another gear and put them under more pressure.

“Myself and Aimee (Mackin), our conversion rate wouldn’t be at the standard it needs to be at either. Those are all things that we can work on.”

Collective inter-county training for all teams was due to start on 15 January, but that won’t now happen until the start of February at the earliest due to an increase in the number of Covid-19 cases across the island of Ireland.

Consequently, the start of the Lidl National Football Leagues has also been pushed back a week until 27 February, at which point Armagh will aim to work their way out of Division 2 again.

This year’s competition will see each division broken into two groups with a semi-final and final pencilled in around the end of the month of March.

While Mallon’s preference would be to have the club season played in one summer block, she says she is excited to get back to action with Armagh as soon as possible.

“I suppose we have had about three weeks of a break, complete rest. And I think the girls needed that. At the minute we’re not allowed to train collectively. We are just doing our own stuff.

“We have a garage here at home and I sort of kitted it out in the first lockdown, so I am working away on my gym-based stuff. I will do a couple of running sessions a week as well to keep me busy.

“It will mess up the master plan a bit I’m sure, so I don’t really know what will happen with the whole thing.”

The form of Mallon was a big factor in Armagh’s resurgence in 2020. Switched from her regular centre-forward berth into a full-forward role, the Armagh attack had a natural fulcrum to rotate around.

With Aoife McCoy shining in No. 11 shirt that switch was made a little easier, while the return to fitness of Aimee Mackin gave Mallon a kindred spirit in attack.

“At the start of my career I played inside in the full-forward line for a while. When you are playing inside you are heavily reliant on the ball coming in.

“I found myself getting frustrated in there and I spoke to the management about wanting to play further out the field. I played at 11 for four or five years and I really enjoyed it.

“The reason they put me back inside this year was because of an injury that I picked up in the club season. I ended up playing inside for my club and it was really effective.

“The county management were at those games and they saw this and decided to give it a go.

“There was one game in particular when we played Shane O’Neill’s. Aimee (Mackin) was playing inside at one end of the pitch and down the other end I was doing the same.

“It was a bit like pingpong, it was up and down and I’m sure that was probably the reason he put me inside.”

The 2020 season ended with Mallon winning an Armagh club title with Armagh Harps, an Ulster medal with the county and a promising Championship run.

She found some time to claim a record eighth All-Ireland road bowling title too, but on the field, if Ronán Murphy’s side can take another step forward this year they’ll be eyeing Lidl NFL promotion and another lengthy championship campaign.