LADIES FOOTBALL: “They never lost sight of the goal that we had. They deserve this today and it’s for them” – Garrity 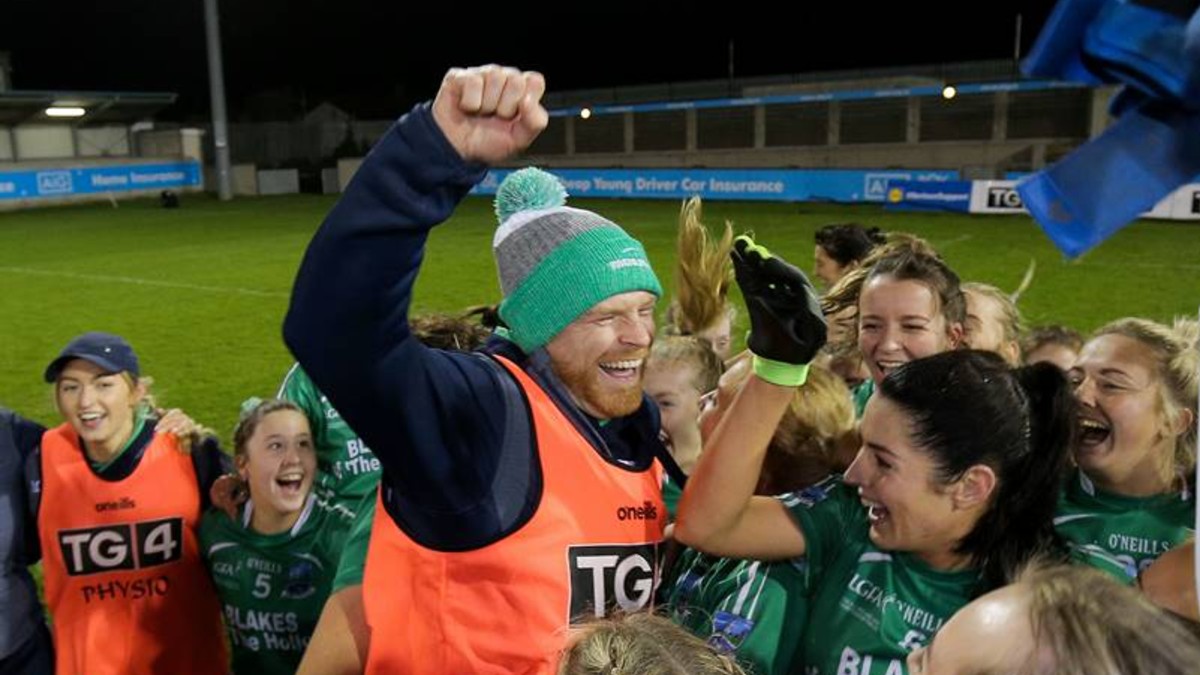 Fermanagh manager Jonny Garrity said the disappointment of losing last year’s TG4 All-Ireland Junior Final and his side’s diligence over the summer were key to securing this year’s Junior title with an impressive victory over Wicklow at Parnell Park.

A goal after 20 seconds from Róisín McDonald and a second 13 minutes from time from the excellent Eimear Smyth set Fermanagh on the road to victory, while their outstanding defensive organisation and hunger denied Wicklow the goal chances they needed to get back in the game.

With Marie Kealy’s influence growing in the second-half, Wicklow managed to draw level having trailed by four points at the interval, but when Smyth struck and goalkeeper Shauna Murphy fended off Wicklow’s late attacks, Fermanagh put last year’s defeat to Louth firmly behind them.

“I am so proud of them. All over lockdown – we closed down collectively – but they worked individually. They never lost sight of the goal that we had. They deserve this today and it’s for them,” said Fermanagh manager Jonny Garrity.

“I am over the moon for them and what it means for them. It’s just brilliant. They were down a couple of years ago, but now they are playing Division 3 of the National League and they are playing Intermediate football. I just couldn’t be more happy for them.”

That early goal was pivotal to how this game played out. When Aoife Flanagan added a quick point, Fermanagh were 1-1 to 0-0 clear inside two minutes, and it always took a big effort from Wicklow to try and reel in their rivals.

Captain Laura Hogan, Meadhbh Deeney and Kealy kicked two points each in that first half, but with Aisling Maguire leading the hard-working Fermanagh half-forward line, the pace and direct running of Joanne Doonan and Smyth’s accuracy meant they were 1-7 to 0-6 clear at half-time.

That lead was gone by the 43rd minute as Wicklow – led by Kealy – scored the first four points of the half, but when Doonan intercepted a Wicklow kick out and sent Smyth in for their second goal, Fermanagh were on the cusp of victory.

“We knew that if the chances came our way that we have got girls up there that will hurt teams,” said Garrity.

“There were fantastic goals from us: the first one was really well worked, and the second one was just Eimear Smyth doing what she does.

“We have played them twice this year and we have had two clean sheets to show for it. That’s down to the fantastic marking and work-rate of the girls back there and others to help them out.

“We always knew that if we were going to perform near the heights that we are capable of we would be difficult to stop, especially with the desire to right the wrongs of last year. I thought they were excellent today and they did just about enough to get over the line.”

There were a couple of nervy moments in the final plays when Shauna Murphy had to save Sinéad McGettigan’s shot, while a combination of the goalkeeper and her defenders on the line, managed to clear Kealy’s late goal-bound free, but this was Fermanagh’s day.

Check out ‘The Third Half’ – Monday, 7th December – where Jonny is a guest